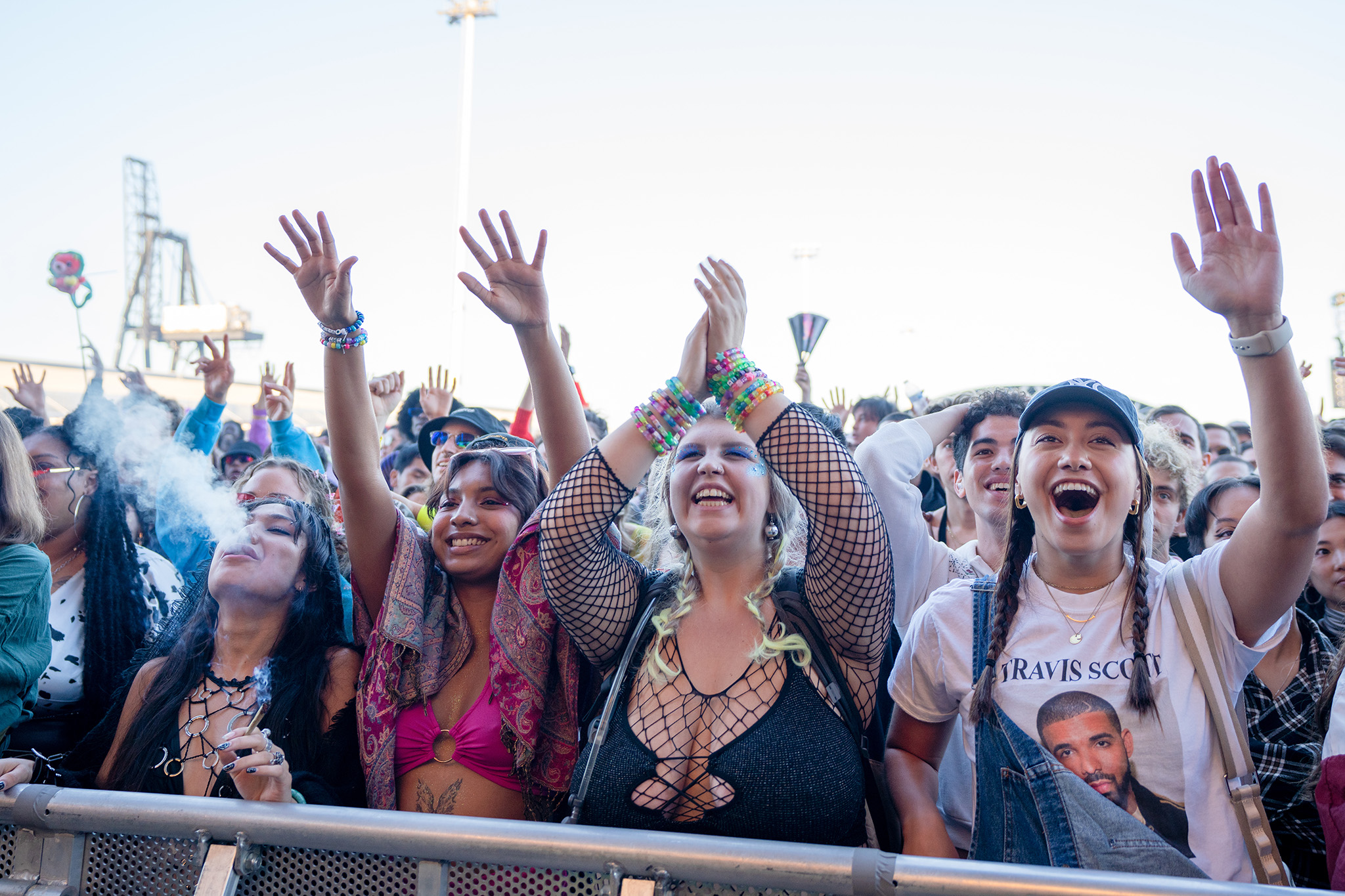 Every music fan has their own personal dream festival, but most would never be able to see every one of their favorite bands in the big (then medium-sized, then tiny) fonts on a flyer. But thanks to 20-year-old University of Southern California computer science student Anshay Saboo, you can make make those festival dreams a reality — on the internet at least.

Spotify Instafest is similar to the streaming service’s ubiquitous “Wrapped” social media campaign, which analyzes a listener’s most-played artists and presents the results in an easy-to-share format. But instead of listing play counts, Instafest connects to your profile, crunches your streaming statistics and creates a convincing-looking poster showing a three-day Coachella-style festival lineup of your most-played artists. Saboo came up with the idea in the spring as festival season was approaching.

“I remember I was in bed just scrolling through TikTok. And I was looking at all these festival posts. And I was like, ‘If I was planning this festival, I’d want this person, and this person. Those are going to be headliners,'” Saboo told SFGATE in his first phone interview about the project. “… So I kind of took that idea and ran with it. That same day, I had a working prototype that had the Spotify integration and everything.”

Although the core functionality worked, he got bogged down in the design details, and the project dragged on until he decided that he had to finish it during Thanksgiving break.

“I just worked on it for a full day, finished it, and then posted it online,” Saboo said. “And now here we are within a week, and somehow it just steadily exponentially grew over the past week. And we’ve had over six and a half million users on the app, and it’s still going up fast, too.”

Looking at the current version of the app, it makes sense why it took so long. A similar app already existed, but doesn’t include nearly as many features, and the results don’t look as slick when shared on social media. Users can pick from three flyer designs, which Saboo created himself in Adobe Illustrator. You can also choose whether to analyze your listening habits from the past four weeks, six months or all time. And the app is still being updated, most recently with a “Basic Score” that analyzes how niche your tastes are.


The app’s popularity has skyrocketed, partly from big shares from influential musicians like Questlove, whom Saboo felt particularly honored by.

“The first one I saw was Questlove. That was incredible to me, someone on that level that I looked up to posting something that I made. And he looked like he had a good time using it, that he was happy with his festival, too.”

A proponent of listening to music while falling asleep, one of the “Summer of Soul” director’s headliners is simply “Binaural Beats Sleep.” One other headliner was predictable (Prince), while the third was a deeper cut, Betty Davis, an underappreciated funk musician (and ex-wife of Miles Davis) who died earlier this year.

Edgar Wright, director of “Shaun of the Dead,” was another big share for Saboo. One might have expected Sparks to get higher billing on his flyer, given he directed a documentary about the underdog band in 2021, but Jockstrap, Steven Wright and Arcade Fire were Wright’s headliners.

As the trend spreads, Saboo has been tweeting at a few other celebrities hoping for a share, including LeBron James and Elon Musk (whose festival would presumably be headlined on all three days by his ex Grimes).

Saboo himself hasn’t yet shared his own full festival lineup, as he’s waiting to hit an undisclosed follower count before posting, but he revealed that a few of his artists include Kendrick Lamar and Drake.

Saboo doesn’t have any other projects in the works, but he sees this as a work in progress. He’s attempting to add functionality for Apple Music and Amazon Music, but those services aren’t as open with their data.

So far, he hasn’t been contacted by anyone from Spotify, but if the app continues to grow in popularity, perhaps he could have a nice job offer waiting for him with the music streaming giant once he graduates.