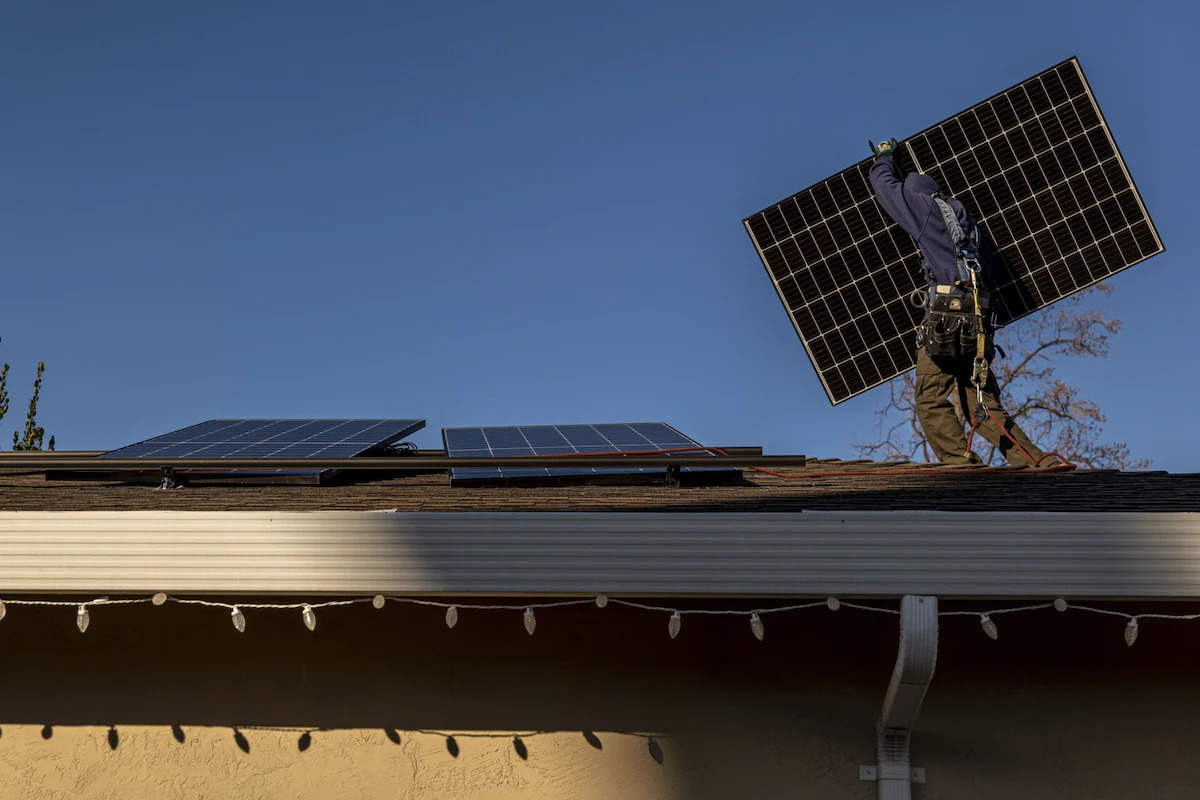 Earlier this year, Congress passed the biggest climate bill in history – cloaked under the name the “Inflation Reduction Act.” But while economists say the bill may not reduce inflation very much, it could do one important thing for a country trying to move away from fossil fuels: Spur millions of households across America to switch over to cleaner energy sources with free money.

Starting in the new year, the bill will offer households thousands of dollars to transition over from fossil-fuel burning heaters, stoves and cars to cleaner versions. On Jan. 1, middle-income households will be able to access over a half-dozen tax credits for electric stoves, cars, rooftop solar and more. And starting sometime in mid-2023, lower-income households will be able to get upfront discounts on some of those same appliances – without having to wait to file their taxes to get the cash back.

But which credits should Americans focus on – and which are best for the climate? Here’s a guide to the top climate-friendly benefits of the Inflation Reduction Act, and how to access them.

– Heat pumps – the best choice for decarbonizing at home

Ah, heat pumps – one of the most popular technologies of the transition to clean energy. “Heat pump” is a bit of a misnomer for these machines, which are more like super-efficient combo air conditioning and heating systems. These appliances run on electricity and move heat, instead of creating it, and so can be three to five times more efficient than traditional gas or electrical resistance heaters.

Heat pumps can have enormous cost and carbon savings. According to one analysis using data from the National Renewable Energy Laboratory, switching to a heat pump can save homeowners anywhere from $100 to $1,200 per year on heating bills and prevent anywhere from 1 to 8 metric tons of carbon dioxide emissions per year. For comparison, going vegan for an entire year saves about 1 metric ton of CO2 emissions.

But many consumers encounter obstacles when switching over to heat pumps. In some areas, it can be difficult to find a contractor trained and willing to install them; some homeowners report that contractors share misinformation about heat pumps, including that they don’t work in cold climates. (Modern heat pumps do work in cold climates, and can heat a home even when outdoor temperatures are down to minus-31 degrees Fahrenheit.) Briscoe recommends that homeowners look for skilled contractors who know about heat pumps and do advance research to figure out which models might work best for their home.

Tax credit available on Jan. 1: Up to $7,500 depending on the make and model of the car

If you are like the millions of Americans who don’t live in a community with ample public transit, the best way to decarbonize your transport is switching to an electric car. But electric cars can be prohibitively expensive for many Americans.

Starting Jan. 1, a new EV tax credit will offer consumers up to $7,500 off the purchase of an electric vehicle. For the first few months, Americans will get somewhere between $3,751 and $7,500 off their purchase of an EV, depending on the size of the battery in the car.

There are limitations, per the new law. The vehicles will also have to be assembled in North America, and cars that cost more than $55,000 aren’t eligible, nor are vans or trucks that cost more than $80,000. This week, the Internal Revenue Service provided a list of vehicles that are expected to meet the criteria starting Jan. 1.

Beginning about March, however, that $7,500 credit will be split into two parts: Consumers can get a $3,750 credit if the vehicle has a battery containing at least 40 percent critical minerals from the United States (or a country that the United States has a free-trade agreement with) and another $3,750 credit if at least 50 percent of the battery’s components were assembled and manufactured in North America. Those rules haven’t been finalized yet, so the tax credit starting on Jan. 1 is a stopgap measure until the White House has ironed out the final version.

Joe Britton, the executive director of the EV industry group Zeta, said that means there will likely be a wider group of vehicles eligible for the full tax credit in January and February than there will be later in 2023. Because of this, he recommended that potential EV owners act fast in 2023.

“I would be buying a car in the first quarter,” he said.

Tax credit available now: 30 percent of the cost of installation, no cap

Solar panels can save homeowners tens of thousands of dollars in utility bills and, when combined with battery storage, can also provide a power backup in the case of a blackout or other disaster. For someone trying to move their entire home away from fossil fuels, solar panels become even more enticing: Switch everything over to electricity, and then make the electricity super cheap with the help from the sun.

For people who don’t own their own homes, there are other options as well. Renters can subscribe to a community solar project to lower their electricity bills and get indirect benefits from the tax credits.

– Tips, tricks and words of caution

The most important thing to know, Briscoe said, is whether you qualify for the upfront discounts for low- and moderate-income Americans – which won’t be available until later in 2023 – or the tax credits, which will be available Jan. 1. If going the tax credit route, it’s better to spread the upgrades out across multiple years, since there is an annual limit on how many of the credits you can claim in a given year. And, she warned, it is not always going to be easy: It can be hard to find the right installers and the right information for how to make use of all the available government resources.

But ultimately, Briscoe said, how you start decarbonizing your life isn’t as important as just starting.

“It’s like dieting or any other change in your life,” she said. “You have to take the first step, and then another step.”

With forests in peril, she’s on a mission to save ‘mother trees’

Art at Capitol honors 140 enslavers and 13 Confederates. Who are they?