4 things we learned from the Chicago Bulls’ 4-1 run in the NBA Summer League, including Dalen Terry’s promise – Boston Herald 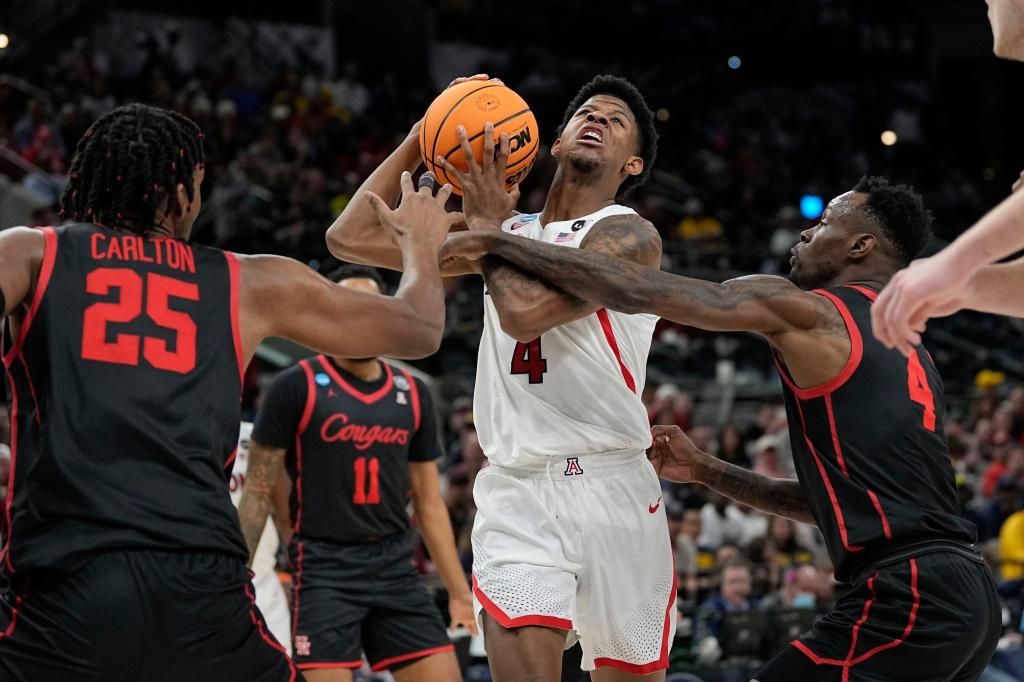 The Chicago Bulls showed the first glimpses of next season’s roster during the NBA Summer League in Las Vegas, posting a 4-1 record from July 8 through Saturday..

Testing rookies is always the focus of the summer league. For the Bulls, all eyes were on Terry.

His scoring was respectable — 11.8 points per game on 57.6 % shooting — but that’s not all that the Bulls were looking for from the guard out of Arizona. Terry is a glue player, and his ability to elevate his passing and off-ball movement to an NBA level was a focus as he continues to work on his shot.

Most important, Terry’s defensive vision translated directly to the summer league court. He averaged 3.6 steals, immediately meshing with big man Marko Simonović to slide for traps and provide off-ball defense. After the Bulls struggled with perimeter defense through the final stretch of last season, Terry’s performance showed promise as a defensive upgrade.

Terry’s summer league ended on a sore note — he exited the final game Saturday against the Philadelphia 76ers with a right hamstring injury after playing only 9 minutes, 49 seconds. The injury occurred when Terry attempted to make a cut after receiving a pass from teammate Justin Lewis outside the 3-point arc. Terry appeared to slip on a wet spot on the floor, catching himself with both hands on the court before straightening and calling for an immediate sub.

Although Terry appeared to grab his knee initially, the diagnosis of a hamstring injury appears less worrisome for the Bulls. The team hasn’t released any more information about Terry’s injury, but the rookie was in positive spirits later that day, congratulating the team on a strong summer league run in a tweet.

As long as Terry’s injury is short-lived, the Bulls should feel confident about the rookie’s first games against NBA-level talent in Las Vegas.

2. Consistency is still the key for Marko Simonović.

The summer league was hit or miss for Simonović, the second-year big man who focused on consistency.

Simonović opened with a bang, dropping 27 points and converting the game-winning free throw in overtime against the Dallas Mavericks. But he followed that energizing performance with a one-point afternoon against the New York Knicks.

That second outing ultimately was an outlier for Simonović, who finished summer league on a high with 26 points and eight rebounds in the finale against the Sixers. He averaged 15.6 points and 8.8 rebounds over five games, earning second-team honors for the tournament in a respectable improvement from his rookie season.

But will that improvement be enough to crack the rotation? The Bulls were content to let Simonović develop in the G-League as a rookie, but they need him to grow into a more reliable backup option behind Nikola Vučević and Andre Drummond.

3. Rookies begin the battle for minutes.

Summer league is even more important for undrafted rookies such as Justin Lewis and Javon Freeman-Liberty, both of whom signed with the Bulls shortly before heading to Las Vegas.

Both players likely will spend the majority of next season with the Windy City Bulls, similar to Simonović as a rookie. But with Zach LaVine and Lonzo Ball carrying injuries into the season, Lewis and Freeman-Liberty need to be prepared for emergency minutes.

The Bulls’ biggest summer league news came from the sidelines rather than the court. In an interview during the team’s third game of the tournament, executive vice president of basketball operations Artūras Karnišovas said the Bulls still aren’t optimistic about the recovery of Lonzo Ball.

The starting point guard has been sidelined since January with a meniscus injury in his left knee that required arthroscopic surgery. His rehab was complicated by a deep bone bruise in the knee, which caused continuous pain and forced the Bulls to shut down his recovery plan several times.

“He’s progressing. That’s as much as I can say,” Karnišovas said July 12 during the NBA TV telecast. “He’s getting better — probably not at the speed that we would like, but he is getting better. Hopefully he’s going to be ready for training camp, (but) that’s just our hopes.”

Bulls players and coaches often cited Ball’s injury as the turning point last season after a strong first four months. While Ball isn’t a fix-all for the team’s lack of size and shooting, beginning a season without their starting point guard would be a massive concern.

After arrest, Rep. Jacobs vows to fight for abortion rights

Tennis fans accuse Nick Kyrgios of disrespecting Roger Federer, but are they missing…