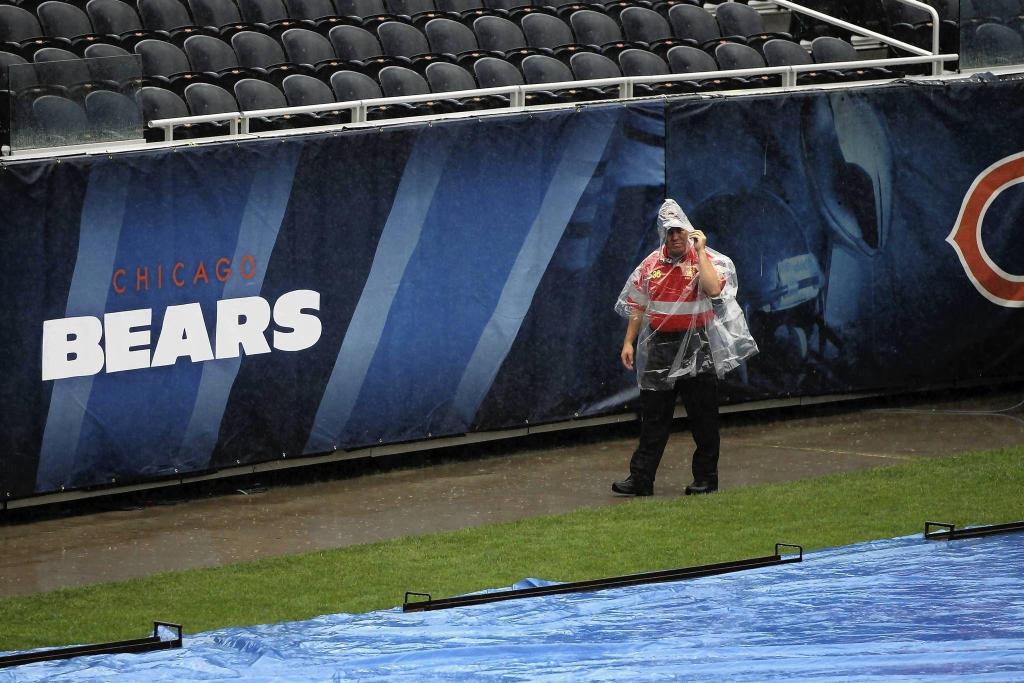 The Chicago Bears open their first season under coach Matt Eberflus on Sunday against the San Francisco 49ers at Soldier Field.

As kickoff approaches, here’s our snapshot look at the game.

1. Players in the spotlight

Fields quashed the storyline that he will be motivated by playing the 49ers, who drafted Lance with the No. 3 pick in 2021 before the Bears drafted Fields at No. 11.

“We’re not worried about last year’s draft,” he said. “‘Oh, this team passed on me.’ I’m not thinking about that. It’s not going through my head.”

But most of the outside world will be talking about the meeting of two of the five first-round quarterbacks from 2021.

The intrigue around Fields starts with how he will function under a new coaching staff as he tries to improve upon a rookie season in which he had seven touchdown passes and 10 interceptions.

Meanwhile, there’s a lot to learn about Lance, who didn’t play last year in the 49ers’ 33-22, Jimmy Garoppolo-led win over the Bears and will make only his third career start. He has experienced targets at his disposal, including last year’s 1,405-yard receiver Deebo Samuel, but not a lot of experience himself.

“I definitely think there are some unknowns,” Bears linebacker Roquan Smith said. “There’s not a lot of tape on him besides the preseason and two games he started last year. … At the end of the day, they’re going to try to do what he does best and (49ers coach Kyle) Shanahan is going to call what he likes as well.”

Eberflus said a defense can challenge a young quarterback like Lance in a lot of ways.

“You want to pressure those (young) guys, and I think that’s what every defensive coordinator would say,” Eberflus said. “Then disguise. You want to be able to disguise and move your coverages. How much do you need to do that with a young guy? Sometimes I think you out-think yourself a little bit. But I would say those two things.”

Can the Bears slow Nick Bosa and the 49ers defensive front?

Fields kept it real when asked how the Bears can keep rookie left tackle Braxton Jones confident going against Bosa, who had 15½ sacks last season.

“I hope none of you all expect him to win every rep versus Nick Bosa in a game,” Fields said. “He knows he’s not going to win every rep. You’ve just got to move on and focus on the next play.

“We’re going to try to help him out as much as possible. It’s just being real knowing that he’s not going to win every play. That’s everyone in the league. Everyone gets got on one play, but you’ve just got to come back the next play and execute.”

When Bears offensive coordinator Luke Getsy was in Green Bay, the Packers played the 49ers five times in three years and Bosa played in four of those games. So Getsy is very familiar with the challenge Jones faces.

As for the rest of the Bears offensive line, Getsy still wasn’t ready Thursday to reveal the plan for starters at center and right guard since Lucas Patrick returned. Sam Mustipher could stay at center if Patrick’s snapping abilities are limited with a cast, so the question would become whether the Bears feel more comfortable with Teven Jenkins or Patrick at right guard.

“We’ve got a couple days to figure out exactly where we want to go with that,” Getsy said. “We feel good. We feel pretty lucky to have the depth that we have with the guys that we have now, (from) where we were in April to where we’re at now.”

Eberflus spent the preseason games tuning his game management skills as he prepares to make his regular-season debut as an NFL head coach.

He said educating himself and his staff on potential scenarios is the key to success on game day, and he expects that to continue throughout the season. He said preparation also will help to make such decisions under pressure.

It also will be Getsy’s debut as an NFL offensive coordinator, though he did hold the position at the college level.

“I genuinely am excited to put our play style on film, and we talk a lot about that in our room about how we want that film to look,” Getsy said. “Not putting an expectation of a thousand yards in a game or 60 points in a game or something crazy or anything like that. We want the play style to be right, we want the mindset to be right, we want to take care of the football, be great situationally. We’re staying pretty focused on our main goals, our main philosophy.”

Sunday’s forecast calls for significant rain, so attention will be on the way the weather affects the game plan.

Will the Bears count on running backs David Montgomery and Khalil Herbert even more to move the ball? Will the 49ers’ Lance, who played high school ball in Minnesota and college ball in North Dakota, stay composed in bad weather?

“Minnesota was a lot more snow than rain, for sure,” Lance told reporters in San Francisco this week. “So I haven’t played in a ton of rain games. And obviously North Dakota State, we’re playing in the dome, but definitely a lot of practices in poor, cold weather. But I don’t think it’ll be too cold, so we should be all right.”

Attention also will be on the way the field stands up to the potential inclement weather.

The Bears had Soldier Field resodded early this week with a new Bermuda grass playing surface.

A rep from Carolina Green Corporation, the company the Bears used, said in an email Thursday that the Bermuda sod they grow, which they call GameOnGrass, is grown on plastic to create an “intense root mass and unparalleled durability.” According to the company, the thickness, weight and root system of the grass allows it to be laid and played on immediately, so it doesn’t need to root in before play.

The Bears are counting on that to prove true.

The Bears had only two players on their injury report Wednesday and Thursday. Rookie wide receiver Velus Jones Jr. didn’t practice either day because of a hamstring injury, and rookie defensive end Dominique Robinson has been limited with a knee injury.

For the 49ers, tight end George Kittle didn’t practice either day because of a groin injury. Offensive lineman Daniel Brunskill was out both days with a hamstring injury, and linebacker Dre Greenlaw was limited both days with an elbow injury.

A pair of 2021 first-round draft picks will be under the microscope. On one side, Trey Lance takes over a team that reached the NFC championship game a year ago. Justin Fields, meanwhile, is leading an offense coming from a very different spot as Bears GM Ryan Poles is completely overhauling the roster.

Maybe Justin Fields will show the 49ers in flashes what they missed out on by not drafting him, even though he said it’s not a motivating factor. But there’s too much unknown around Fields — including a young offensive line, unproven receivers and a new play caller — to say he can do enough Sunday for a win. It’s not ideal for Fields and crew’s first test to come against a 49ers defense that could be top notch this season. In a season that’s all about Fields’ development, he will leave Soldier Field with a lot to work on.

The potential for heavy rain Sunday could dramatically alter the game’s dynamic and put Soldier Field’s new Bermuda grass to the test. Under normal conditions, though, the 49ers are simply the better team. In a battle of promising second-year quarterbacks — Justin Fields versus Trey Lance — everything surrounding the 49ers QB is more established. Lance has the more proven play caller in Kyle Shanahan, a more reliable running game, a better big-play weapon in Deebo Samuel and, if healthy, a three-time Pro Bowl tight end in George Kittle.

Seahawks’ Michael Dickson to return to site of ‘The Aussie Sweep’

Why was Alec Baldwin named as a ‘possible defendant’ in Rust…

Erling Haaland knows his Manchester derby history… but will…