7 takeaways as Jayson Tatum leads Celtics over Bucks on Christmas 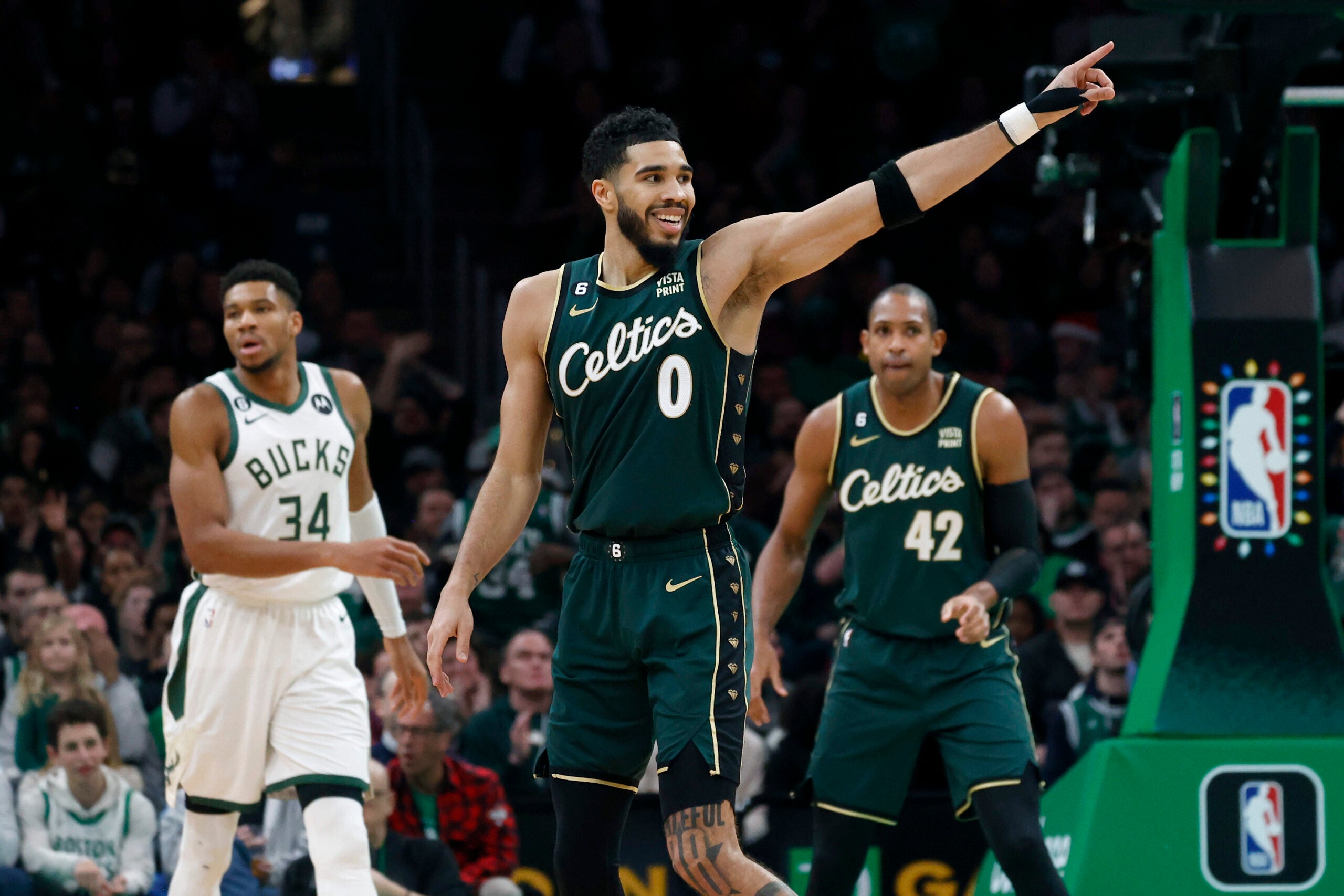 After snapping their losing streak on Friday, the Celtics continued rolling with a big Christmas Day win over the Bucks on Sunday, pulling away late for a 139-118 victory.

Here are the takeaways.

1. The MVP award is not handed out on Dec. 25, nor is it won (or lost) in one game. Last year, Nikola Jokic’s name was officially called on May 11, precisely 137 days after Christmas Day. The Celtics (who are now 24-10) will play the majority of their regular-season games between now and May 11. A lot of things can happen in the interim.

But every time Jayson Tatum shows up in a big game — every time he thrives under the bright lights during the regular season and provides crucial buckets for a team trying to make a statement — he moves a little closer. Scoring 41 points to lead the 1-seed Celtics over the 2-seed Bucks in a Christmas Day showdown on ABC is a big one. Like rolling Yahtzee on your second turn, there’s a lot of game to be played, but it sure doesn’t hurt your case. For many casual fans and observers, Christmas Day marks the first time they really watch the NBA. If that was you, welcome to the show. Jayson Tatum has been putting on a good one all season.

Tatum started rolling at the end of the second quarter, fending off a charge by a Bucks team that looked like it might claim the lead before halftime. After missing his first shot of the third, Tatum went on an otherworldly run, pouring in 20 third-quarter points on 7-for-10 shooting. That helped the Celtics win the quarter by 13 points and build a double-digit lead going into the fourth. That advantage ballooned to 19 late in the fourth behind a big quarter by Jaylen Brown, and both teams emptied their benches for the final minutes.

Tatum played the entire second and third quarters, before Mazzulla got him off his feet for much of the fourth.

“It felt good,” Tatum said. “Any time you’re making shots, but just the way we were playing as a whole, not only myself, but Smart was making plays. Grant, Rob both come in there and give us extra possessions, offensive rebounds, Brogdon, D-White, everybody that came in at the second unit in the third quarter, it just gave us life.”

2. Tatum’s 41-point outpouring was second in Celtics history on Christmas Day, behind only Tommy Heinsohn (45). When asked by a reporter after the game, Tatum said he doesn’t usually think about his place in Celtics history, largely because Celtics history is so decorated with great players and big moments.

“It’s hard to think in the moment at 24 that I have a place in Celtics history,” Tatum said. “But it’s definitely an honor. I’ve said that many times how much I love being here and what it means to play on Christmas. Sixth year in a row, and something I never want to take for granted.

“As a kid, that was part of the tradition. Eat, be with family, watch all the games and try to envision myself playing there one day, and now I get to do that.”

3. The Celtics once again defended Giannis Antetokounmpo well, limiting the Bucks’ star as best they could.

“Yeah, limit’s crazy,” Mazzulla said when a reporter used that word postgame. “He had 27.”

Grant Williams in particular has been excellent against Antetokounmpo over the last few years. After the game, he said he relishes matchups with Antetokounmpo, praising the Bucks superstar as the “ultimate competitor.”

“Even if he makes a tough move or a tough shot, you try to compliment him, he’s probably not going to say nothing about it,” Williams said. “He’s old school, and that’s what I respect about him. He competes every moment of the game, he plays as hard as he can, and plays like it’s his last game no matter whether it’s the regular season or the playoffs, so you’ve got to respect that about someone.”

4. Jaylen Brown and Antetokounmpo got into a brief altercation in the second half. As Antetokounmpo tried to navigate around Brown, he hit the deck, and when he stood up, he appeared to hit Brown with an elbow. The two were separated by officials after mild drama ensued.

“I thought I was playing pretty physical defense, nothing dirty,” Brown said. “Seemed like it was a clean play. Maybe he was a little frustrated. He got up and threw an elbow at me for whatever reason. There was a of talking and chirping in between, but there’s a difference between trying to be a tough guy and then letting your opponent know that I’m not backing down, I’m not afraid of any challenge or any matchup whatsoever. So in that moment I just was letting him know that.”

Brown and Antetokounmpo appeared to patch things up after the game.

5. Brown had a strange game — he scorched his way to 13 first-quarter points, including 3-for-3 shooting from behind the arc, then scored three points on 1-for-4 shooting in the second and third periods. The ugliest moment came right before halftime, when he was awarded three free throws … and missed all three.

Then, in the fourth, he scored 13 points again on 5-for-7 shooting and effectively put the game on ice. It wasn’t quite his 23-point fourth-quarter explosion against the Timberwolves, but Brown was the reason the Celtics pulled away in the final period for the second straight game.

“I’m at the point of my career where a couple of missed shots or however the game is going is not going to affect me,” Brown said. “Last game, I played the first three quarters not playing well and came out in the fourth quarter and had a big fourth quarter. Similar tonight, playing against a better team in Milwaukee and playing the game, staying with the game, always constantly focusing on what’s in front of you.

“A lot of the time, it’s me vs. me out there and the opponent doesn’t really matter. When I get into that rhythm and that flow, I don’t think its anything anybody can do with me. When I’m overthinking, that’s when I get into a little bit of trouble. That comes with basketball, that comes with life, that comes with humanity so you just come out and put your best foot forward and see what you got.”

6. Marcus Smart finished with six points on 2-for-4 shooting and eight assists.

“He only took four shots and I thought he was one of the more impactful players on the floor because of his poise and his ability to see the floor,” Mazzulla said. “He gets our guys open, he gets us organized and where the matchup is and what action we’re going to use to create the advantage.

“I think his play has gone unnoticed because of how poised he’s playing. He’s doing a great job.”

In related news, they won by 21 points. Funny how that works.

The Celtics continue their home stand with a game against the Rockets on Tuesday at 7:30 p.m.

Get breaking news and analysis delivered to your inbox during basketball season.