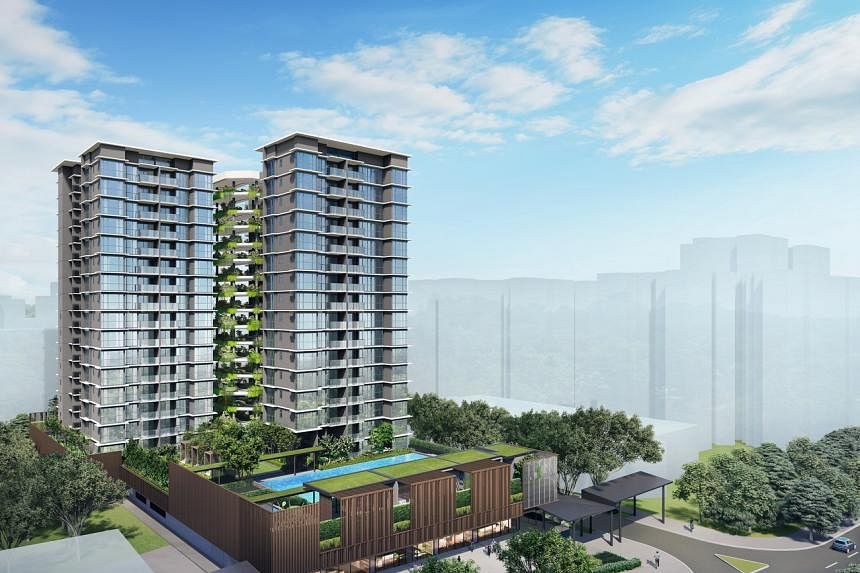 SINGAPORE – About three-quarters of all units at Sky [email protected] condominium were sold at an average price of $2,100 per sq ft (psf) during its launch on Wednesday.

A total of 118 units of the 158-unit mixed-use development, which is the first residential launch in Bedok Town Centre in 10 years, were sold.

Ms Lorraine Shiow, acting chief operating officer of Singapore residential at Frasers Property, said the development’s accessible location in a mature estate proved to be a huge draw for buyers.

“Moreover, home buyers appreciate the property’s proximity to thriving economic hubs in Changi and Paya Lebar, which are set to undergo further rejuvenation and add more vibrancy to Singapore’s East,” she added.

The 99-year leasehold development comprises two- to four-bedroom units ranging from 657 sq ft to 1,302 sq ft, and will have 12 shops on the ground floor.

“The buyers saw the potential of Sky [email protected] as it is located near an MRT station, has plenty of amenities and is close to major employment centres,” he added.

Schools such as Red Swastika School, Yu Neng Primary School and Temasek Junior College are located within 1km of the condominium.

PropNex Realty chief executive Ismail Gafoor said pent-up demand drove sales at the project as it was the second major new launch in the outside central region (OCR) this year.

“The majority of buyers served by PropNex salespersons are Singaporeans and most of them are in their 30s and 40s,” he said.

He added that the limited unsold stock in the mass market should continue to support demand for new homes in the OCR, including Lentor Modern in Ang Mo Kio, which opened for previews last week.

Sky [email protected] is a redevelopment of the former Bedok Point shopping mall that opened in 2010.

Other new condos this year have sold well at launch.

At AMO Residence, the first major private residential project in Ang Mo Kio in more than eight years, 98 per cent of units were sold during its launch in July.

The Way We Were by Mary Kenny: Author adds colour to the image of our catholic past

Antony Blinken, in Kyiv, unveils $2B in U.S. military aid for Europe