A cue for success? Zimbabwe’s pool players are betting on it 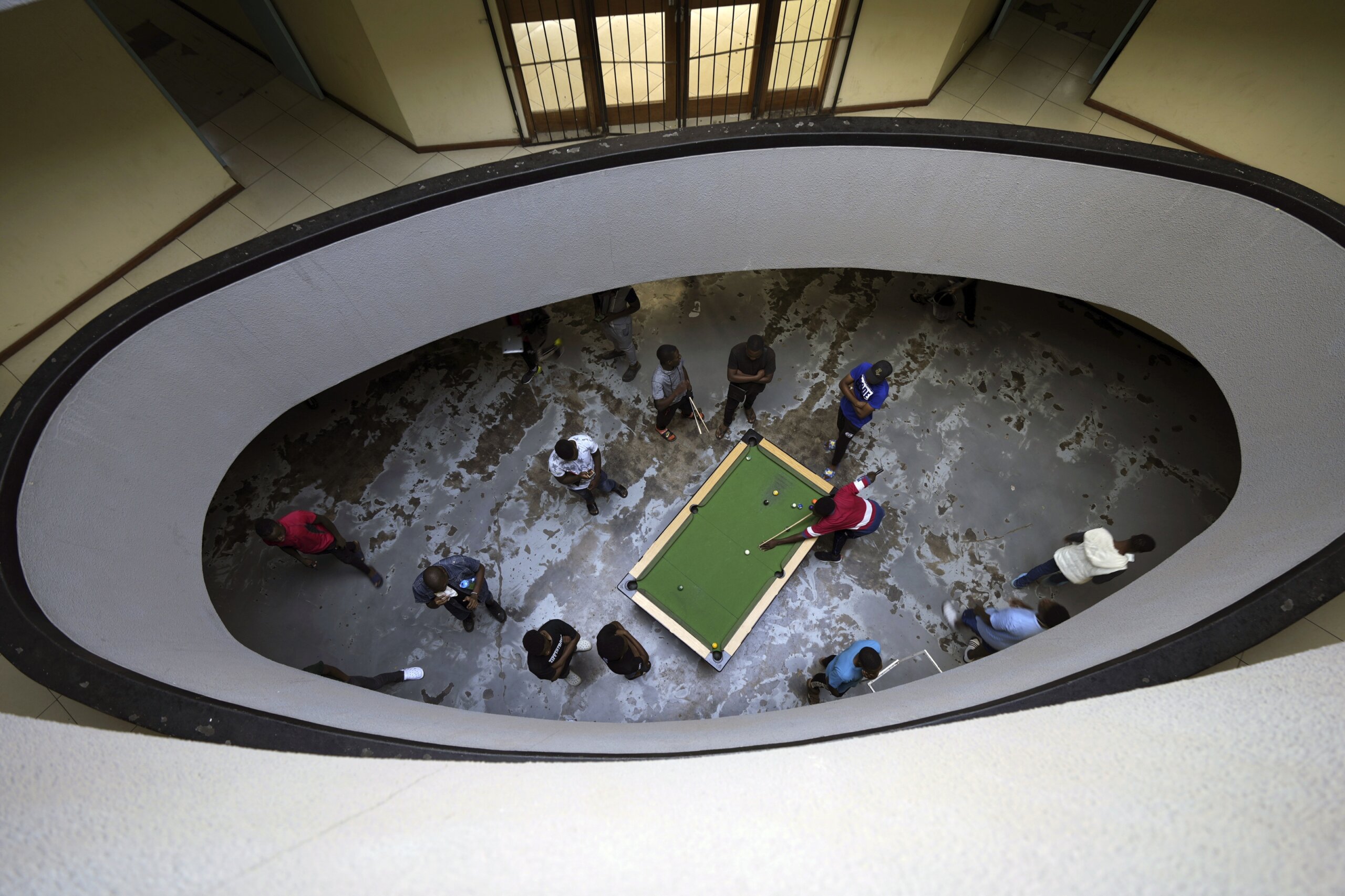 HARARE, Zimbabwe (AP) — Highlights of the World Cup and other sports events are on widescreen televisions in Ruwa on…

HARARE, Zimbabwe (AP) — Highlights of the World Cup and other sports events are on widescreen televisions in Ruwa on the outskirts of Zimbabwe’s capital, Harare. But all eyes are on the pool table … and the money.

Among them is 18-year-old Levite Chisakarire.

“I have to take the cash home … there is big money today,” he said, holding a pool stick and awaiting his next opponent.

At stake is a $150 first prize, a princely sum in a country where the majority earn slightly over $100 a month, according to official government figures, and about half of the 15 million population live in extreme poverty, according to the World Food Program.

“It can go a long way to pay the bills,” said the boyish Chisakarire, the youngest player vying for the day’s prize.

Previously a minority sport played in Zimbabwe’s wealthier neighborhoods, pool has increased in popularity over the years, first as a pastime and now as a survival mode for many in a country where full-time jobs are very hard to come by.

Unable to further his education after finishing high school with low grades in 2019, Chisakarire struggled to find a job in Zimbabwe’s stressed industries. The outbreak of COVID-19 meant his father, a truck driver, lost regular work. So Chisakarire began hanging around an illegal tavern where patrons dodged or bribed police to overlook pandemic restrictions so they could drink beer and play pool.

His hobby became a skill and he showed a talent for shooting the round balls into the pockets. Soon it helped solve his financial problems as he began betting on his games and winning. These days he earns about $300 on a good month by playing pool, he says.

He’s not the only one. The majority of Zimbabweans earn a living from informal activities, which include selling tomatoes at roadside stands and also by playing pool, according to an October labor survey by the country’s statistics agency. About half of young people aged between 15 and 34 are unemployed and not engaged in education or training.

Some, such as Chisakarire, are finding a livelihood at pool tables.

“Pool became popular as a form of entertainment in bars, but it is now proving to be more popular than soccer in many places,” said Michael Kariati, a veteran Zimbabwean sports journalist for over 30 years. “It has evolved into a fiercely competitive sport with people placing bets and surviving off it.”

In Harare alone, the number of professional players has quadrupled to about 800 in the past five years, according to Keith Goto, spokesman of the Harare Professional Pool Association.

“Then there are the money games that have grown exponentially. You find pool tables everywhere you go in the townships,” he said. “It is offering a form of employment and it is paying through betting.”

Others warn that betting is a dangerous habit that can have disastrous impacts on families. But with so many people out of work and Zimbabwe’s economic outlook so dire, many people are desperately scrambling to make money through a cue stick.

Makeshift pool arcades flourish in bars, verandas in front of shops, and just about any open space. Some enterprising residents have pool tables at their homes where they charge people 50 cents to play and place bets in violation of city laws that require such enterprises to be properly licensed. The tables are often worn and wobbly, but people don’t seem to care.

For quick money, betting takes ingenious means. Instead of playing the entire 8-ball game, some bet on the position of the black eight-ball after the first shot of the game, also called the break. Others punt on the best of three balls. One expert player offered to play using only one hand because people were too hesitant to bet against him.

Authorities sometimes carry out so-called clean-up operations to confiscate pool tables scattered all over. Often enforcers of city by-laws are simply paid off with as little as a $2 bribe to look the other way. Most punters in low-income townships place dollar bets on games in which they can win $3 or $4.

In Ruwa, competition is more organized and stakes are higher. Each club member paid $10 as a participation fee, which went toward the prize money. On a recent day, 31 players paid to participate. Dozens more were spectators, cheering and betting on their favorite players.

“Imagine taking home $150! That’s more than what many gainfully employed people get per month,” said Goto, the spokesman. “Pool should now move from bars to schools and community halls like other sports, it has become mainstream after all.”

For Chisakarire, the 18-year-old, pool has become more than a game. From playing and betting in backyard taverns, he is dreaming bigger.

“It has changed my life,” he said, before sinking his next ball to win the tournament and pocket $150. “I can see myself playing in Europe one day.”

Seahawks mailbag: Are Seahawks really a run-first team? Will they re-sign Rashaad…