A formula shortage has some wondering whether men can lactate. Experts say yes — but it’s not easy 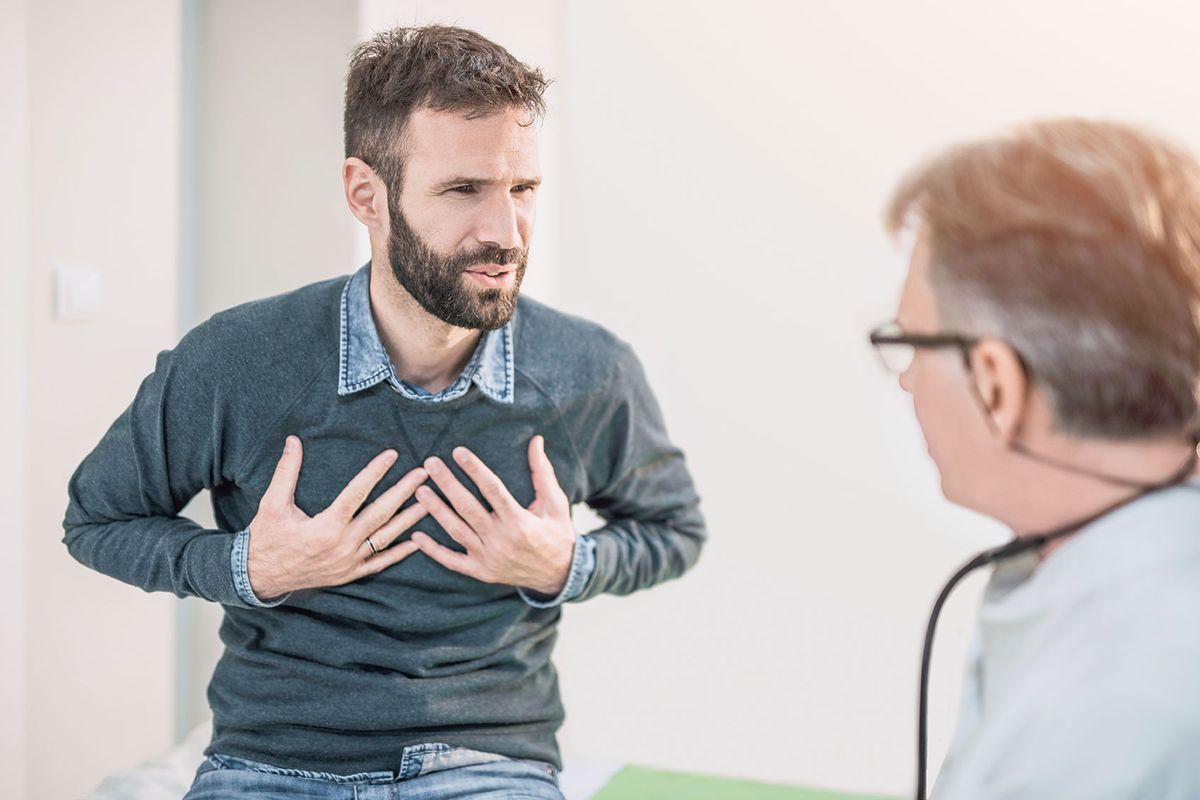 As America’s baby formula shortage continues to inspire scammers and politicians alike, parents have become desperate for solutions. Sometimes they get so creative that it worries the medical establishment; take how doctors have had to warn parents away from dangerous approaches like making their own baby formula. Yet in the midst of all this, a purported transgender woman who opened up on Reddit about being able to breastfeed her daughter — and despite having biologically male breasts — received an all-too-predictable anti-science, transphobic backlash.

Ironically, though, individuals with biologically male breasts actually do have the ability to lactate. But if you’re a cisgendered man aspiring to make your own breastmilk amid a shortage, I have some bad news: making this happen is very, very complicated.

“Men have milk-producing tissue in their breasts normally. If the production of milk is stimulated (putting the baby to the breast and allowing the baby to suckle) and/or some medications which cause milk production to be stimulated,” they could ostensibly lactate.

“Everyone has the same basic breast structures at birth,” Tamar Reisman, MD, assistant professor of medicine, endocrinology, diabetes, and bone disease at the Icahn School of Medicine at Mount Sinai, told Salon by email. (Reisman has assisted in helping a transgender woman exclusively breastfeed.) “Exposure to 4 ingredients are needed to transform the breast and allow for milk production and expression — estradiol, progesterone, prolactin, and oxytocin.”

“The conditions exist,” Newman told Salon when asked what conditions must be present for people who are born biologically male to be able to lactate. “Men have milk-producing tissue in their breasts normally. If the production of milk is stimulated (putting the baby to the breast and allowing the baby to suckle) and/or some medications which cause milk production to be stimulated,” they could ostensibly lactate. Speaking previously to Scientific American, Newman pointed out that hormone spikes must occur for biological males to produce milk. Referring to how the Russian novelist Leo Tolstoy had a biologically male character lactate in the 1878 book “Anna Karenina,” Newman said that the way that it was depicted in that work of literature is likely inaccurate.

“That Tolstoy quote suggests that the father just put the baby to the breast and he would produce milk; I think that’s pretty unlikely,” Newman told Scientific American. “It could be that you have this man with this pituitary tumor and he produces milk once the baby starts suckling.”

Proposing means of making biological males lactate is hardly new territory for humanity. Charles Darwin himself commented on this possibly happening in his landmark 1871 text “The Descent of Man, and Selection in Relation to Sex,” where he observed that “it is well known that in the males of all mammals, including man, rudimentary mammae exist. These in several instances have become well developed, and have yielded a copious supply of milk.”

He added that “their essential identity in the two sexes is likewise shown by their occasional sympathetic enlargement in both during an attack of the measles. The vesicula prostatica [part of the male urethra], which has been observed in many male mammals, is now universally acknowledged to be the homologue of the female uterus, together with the connected passage.”

Given that mammals are all part of the same class of vertebrates, the fact that some biologically male animals can lactate raises intriguing questions about evolution.

Interestingly, it is not unheard of for biological males in other species to lactate. There is a type of megabat known as a flying fox, and within that sub-species the Bismarck masked flying fox is known to be able to lactate. The same is true of the Dayak fruit bat, which can only be found in southeast Asia’s Sunda Shelf.

Given that mammals are all part of the same class of vertebrates, the fact that some biologically male animals can lactate raises intriguing questions about evolution. Could it be that the explanation for occasional lactation among human biological males is linked to our past as a species?

“This may not be an evolutionary issue but rather an embryologic one,” Reisman hypothesized. “Male and female embryos initially have the same structures and only begin sexually differentiate several weeks into development. Further sexual development happens at puberty in response to hormone exposure. If you have the baseline structures for lactation but you are not exposed to the proper hormones you will lack the means to do so.”

This has not stopped desperate parents (and others) from trying. A 2011 article published in Slate documents a 33-year-old cisgender adult man’s months-long quest to lactate, which was ultimately unsuccessful. Perhaps the best lesson about the future of male lactation can be derived from a famous tale in the Babylonian Talmud about precisely that. It is written that “the rabbis taught: ‘It happened with one man whose wife died and left him a nursing child, he was so poor that he could not pay a wet-nurse. A miracle happened to him; his breasts opened and he nursed his child.'” When a scholar replied that the man must have been bad — “that the nature of mankind changed in him and nothing occurred to enable him to earn enough money to pay a nurse” — he was told, “come and see how hard it is for heaven to change the fate of a man concerning his livelihood; that the nature of the world was changed, but not his fate.”

Imran Khan claims there’s a US conspiracy against him. Why do so many Pakistanis believe him?