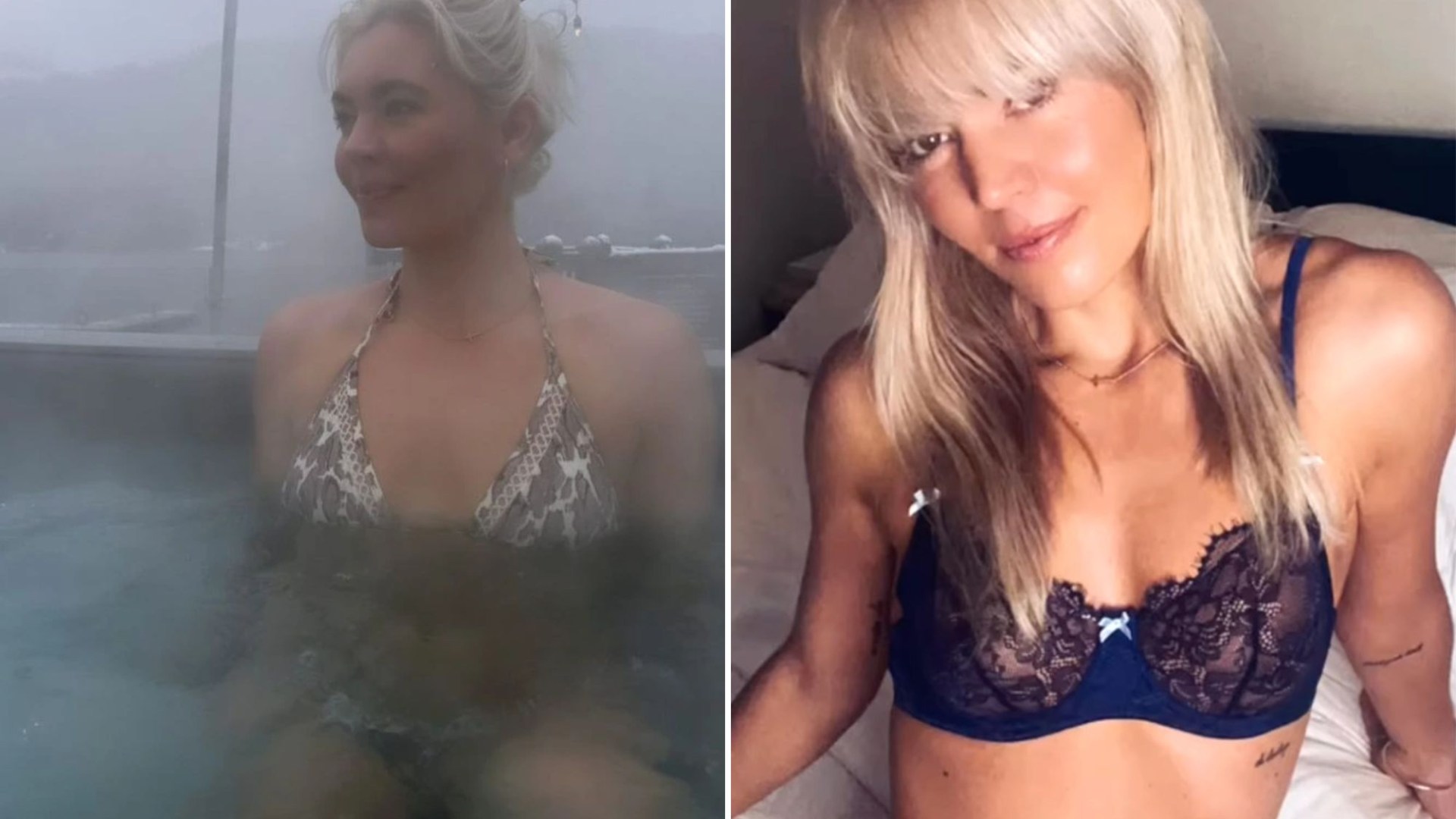 A PLACE In The Sun star Danni Menzies delighted her fans as she stripped to a bikini in Scotland.

The TV presenter, 32, left fans hot under the collar despite posing in freezing temperatures in the matching two-piece.

Danni looked sensational as she took a dip in an outdoor hot tub surrounded by a snowy mountain backdrop.

Wearing subtle makeup and scraping her blonde tresses into a messy bun, Danni beamed as she enjoyed the stunning views.

The property expert showed off her trim physique in the patterned.

Danni has been sharing a series of festive snaps after returning home to spend Christmas with her family. 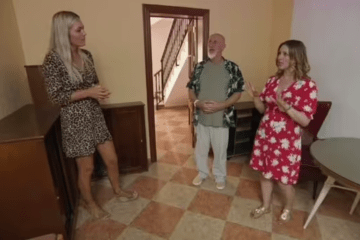 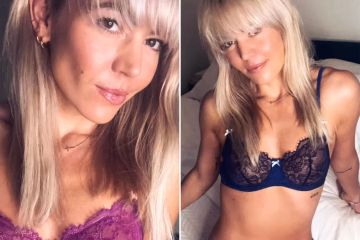 Wearing a pink jumper and a white puffa coat, Danni flashed a big smile as she enjoyed a winter walk.

On Christmas Day, Danni dazzled in a electric blue suit and a classic white t-shirt as she celebrated with her loved ones.

Danni isn’t shy when it comes to stripping off in sexy Instagram posts.

The star recently wowed fans wearing a navy set as she lounged on her bed.

Danni changed into a purple bra for some further pics, telling fans: “Only get my kit off here for my friends. Love these two sets @mimiholliday.”

Her blonde hair was worn loose with her recently cut fringe and she showed off her natural beauty.

The TV star – who announced earlier this year that she had quit the show after six years – recently filmed MTV and Channel 5’s tough new reality show The Challenge.

The show is based on the hit US format where contestants battle it out in competitive challenges in order to win the grand prize money.

A source previously told The Sun: “Danni jumped at the chance when she was offered this gig.

“She is an adventurous girl who is up for testing herself and trying new things, so she thought this was a really exciting opportunity to show a different side of herself.

“It will open her up to a whole new audience and fanbase too.”

Danni has been on a fixture on A Place In The Sun since 2016 but revealed she was leaving the hit series after struggling to maintain a long-term relationship while constantly jetting off.

The presenter, 33, said she is hoping that she will now be able to focus on her love life, splitting from her partner in March.

At the time, she told The Sun: “I’ve left the show about a month ago, I’ve done it for six years and it’s about time for a change and there were quite a few things that were hard to do when I was doing the show, like have a relationship.

“Like when you go on a date you’re packing your bag every week doesn’t really happen, so I just thought it’s time for a change.”