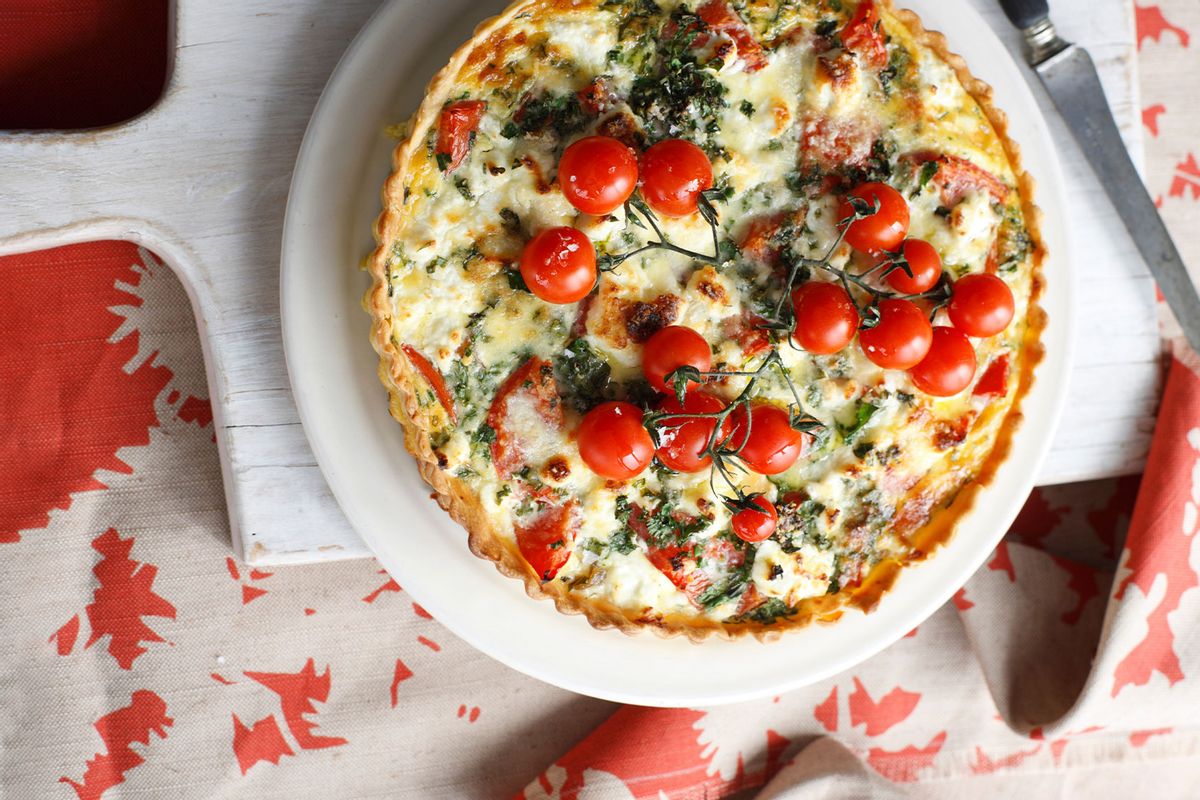 We take homegrown produce for granted during the summer months where I live in Baldwin County, Ala. From small, self-serve produce stands on private homesteads, to co-ops with several growers under one roof, to 200+ acre family-farm businesses, this is farmer’s market season — and fresh, local fruits and vegetables abound.

While the crisp honeydew and watermelons, mouth-watering sweet corn and tender little beans and peas are all so good, the tomatoes are simply incredible. These plentiful, vine-ripened treasures put their store-bought counterparts to shame. But seriously, how could they not?

Supermarket tomatoes are picked completely unripe, then artificially forced to ripen virtually overnight using ethylene gas. As a kid, my grandmother taught me in her garden that sunlight is everything for a tomato. That’s because sunlight is what gives a tomato its incredible flavor.

If you think you don’t care for tomatoes, I challenge you to search for ones that are homegrown or even try growing some yourself. Tomatoes come in more than 10,000 varieties — red, green, pink, purple, yellow, white and even black — and each one is distinctly different. Until you’ve eaten a fresh-picked, perfectly ripe tomato off the vine, you have no idea what a tomato really tastes like or what you have been missing.

There are lots of recipes for tomato pie floating around, every one of which should make it abundantly clear that having excellent tomatoes is paramount. Of course, I believe one recipe truly is superior to the rest. It comes from Robin Shedd, a good friend of my sister’s, who is a friend of mine, too. It’s the standard we use to measure other tomato pies.

Everyone who tries this tomato pie inevitably asks for the recipe after they fall in love with it, and it’s not only easy to make but also divine. Despite its simplicity, there are three rules for making this pie, which Robin has been making for a long, long time. First, you must have truly outstanding tomatoes. Second, don’t use mayo with sugar or sweetener in it. (Robin only uses Duke’s, which I’ll discuss more below.) Third, sogginess kills tomato pie.

I can only pray that you’re able to get your hands on some perfect tomatoes, and I’ll also keep my fingers crossed that you can successfully procure some Duke’s at your local supermarket. As for rule number three, I’d love to take credit for what I do to keep pie-killing sogginess away. However, the Italians have been doing it for centuries for culinary and health reasons.

Peel and de-seed the tomatoes. By doing so, you drastically reduce the water content of the tomatoes, which is a very good thing for this pie. The skins and seeds are also thought to be tough to digest and damaging to the stomach lining, so getting rid of both is apparently good for your health.

Though not specified in Robin’s recipe, I strongly encourage you to peel the tomatoes (even if you choose not to de-seed them). To release as much moisture as possible, lay the peeled and sliced tomatoes out on paper towels for a bit, then pat them dry before layering them in the pie. Whatever journey you choose, you won’t be able to stop making tomato pie this summer.

As long as they’re vine-ripened and delicious, any variety of tomatoes works beautifully in this recipe.

If possible, use fresh basil in this pie. The freshness really stands out, whereas dried basil falls a little flat. Hopefully, fresh basil is as abundant where you live as it is here this time of year.

While Robin only uses Duke’s mayo, any full-fat/regular mayo with no sugar or sweetener works fine.

Robin also uses white Irish cheddar, but you can choose any sharp cheddar you like — white or yellow.

De-seeding tomatoes is quite easy. Though you’ll lose a bit of beauty (as the slices will have negative space where the seeds once were), it doesn’t change the appearance of the pie at all.

There are several methods, but for this recipe, I recommend slicing the tomatoes first. After you peel the tomatoes and cut away the stems, slice them into 1/4-inch thick rounds. Pick up each slice and press out, or cut out, the locules, which are the chambers that hold the seeds.

Keep in mind that if, like me, you de-seed the tomatoes in other recipes, you’ll need more than the recipe calls for (as you’re discarding some of the mass). Once you get in the habit of peeling and de-seeding, it becomes second nature.

Salon Food writes about stuff we think you’ll like. Salon has affiliate partnerships, so we may get a share of the revenue from your purchase.

Wish to Experience the Bitcoin Rally? Right here Are 2 Bitcoin Mining Shares That Analysts Like