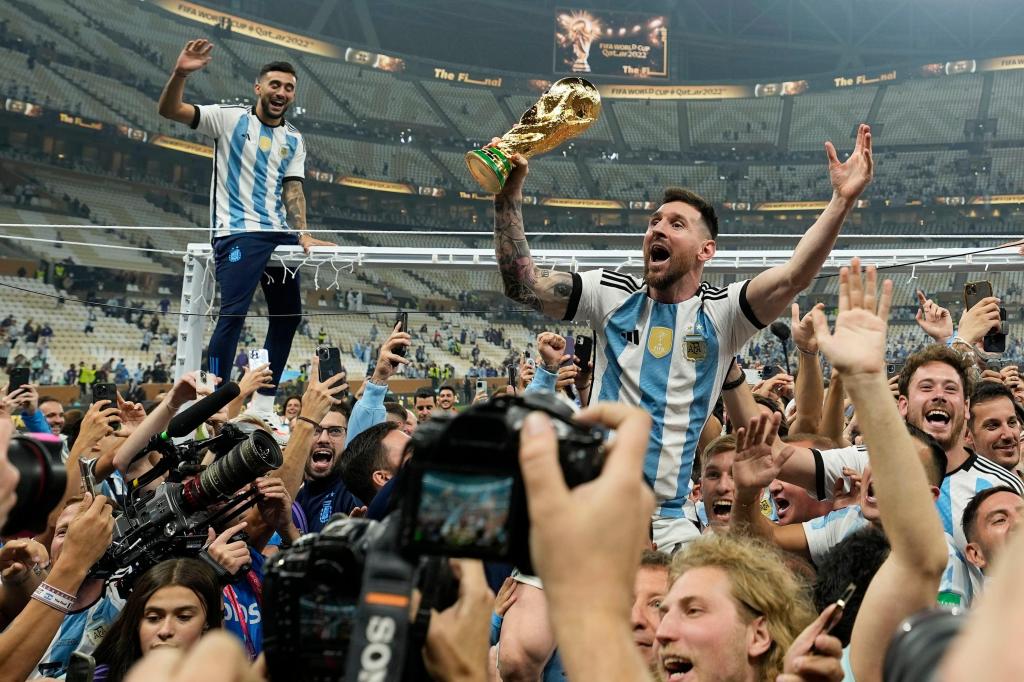 A record-setting season, an unprecedented spending spree and plenty of off-the-court drama fueled a historic sports year in New York and beyond.

The Rangers came close to bringing a championship to New York, advancing to the Eastern Conference Finals after one of the best regular seasons in team history.

There were low moments, too, as teams failed to meet expectations and stars created controversies.

Here are the biggest sports moments of 2022.

Judge bet on himself by turning down the Yankees’ preseason contract extension offer, then delivered one of the greatest MLB seasons ever, blasting 62 home runs to set a new American League record.

His 62nd home run came in the 161st game of the season, breaking Roger Maris’ 61-year-old record of 61 home runs in 1961. The quest opened a debate about the true MLB home run king, as the only players to hit more in a season — Barry Bonds, Mark McGwire and Sammy Sosa — have ties to performance-enhancing drugs.

Judge parlayed his historic season into his first AL MVP Award and a nine-year, $360 million contract with the Yankees.

The polarizing Nets guard is no stranger to drama, but Irving sparked a new level of controversy by sharing an antisemitic documentary on social media in October.

Irving initially denied promoting antisemitism before apologizing, and the Nets suspended him for eight games.

The offseason got off to a less-than-amazing start for the Mets when ace Jacob DeGrom bolted Flushing for a five-year deal with the Texas Rangers, but owner Steve Cohen hasn’t stopped spending since.

They reached a $305 million agreement with superstar shortstop Carlos Correa, too, though concerns about his physical continue to complicate that pursuit.

Giants and Jets return to relevance

Sparked by an inventive new coaching staff and a resurgent year by Saquon Barkley, the 8-6-1 Giants are a win away from clinching their first playoff spot since 2016.

The 7-8 Jets have slumped after a hot start but remain on the periphery of the AFC playoff picture and get quarterback Mike White back from injury Sunday.

The 23-time Grand Slam champion, 41, proved she had plenty left in the tank over the summer with an impressive run to the third round of the U.S. Open in Flushing.

Many suspected the tournament would be Williams’ last after she referenced moving on from tennis in a Vogue essay weeks earlier, but she said in October that she’s not retired.

Best of the Rest:

The greatest shooter in NBA history checked the last major box on his Hall of Fame resume by winning his first NBA Finals MVP.

It was the first championship since 2018 for Curry, 34, whom Sports Illustrated named its 2022 Sportsman of the Year.

A playoff showdown between two of the NFL’s best quarterbacks lived up to hype with Mahomes and Allen trading touchdown passes until the very end.

January’s AFC Divisional round affair saw three lead changes in the final two minutes, then went to overtime after Mahomes led a 13-second drive to set up a game-tying field goal as time expired.

Mahomes ended the game in OT with an opening-drive touchdown, inspiring a rule change now allowing both offenses to get the ball in playoff games.

A rematch could be looming, as the Bills and Chiefs are tied atop the AFC this year.

The odds of Pujols becoming the fourth MLB player to reach 700 home runs seemed improbable entering the season. He needed to hit 21, which the 42-year-old hadn’t done since 2019.

A second-half surge saw Pujols slug 18 of his 24 home runs after the All-Star break, allowing him to finish his career with 703 long balls.

College basketball’s winningest coach called it a career after one last Final Four run, culminating in an epic matchup against his hated rival.

April’s back-and-forth Final Four contest between Mike Krzyzewski’s Duke Blue Devils and North Carolina marked the first NCAA Tournament game ever between the schools, with UNC eking out an 81-77 victory en route to the 2022 championship.

The fifth time was the charm for the 35-year-old soccer great, who led Argentina to its first World Cup championship in more than three decades.

The title adds another major milestone to the prolific career of Messi, who played in a record 26 matches across five World Cups since 2006. His 13 goals in those contests are tied for the fourth-most ever.