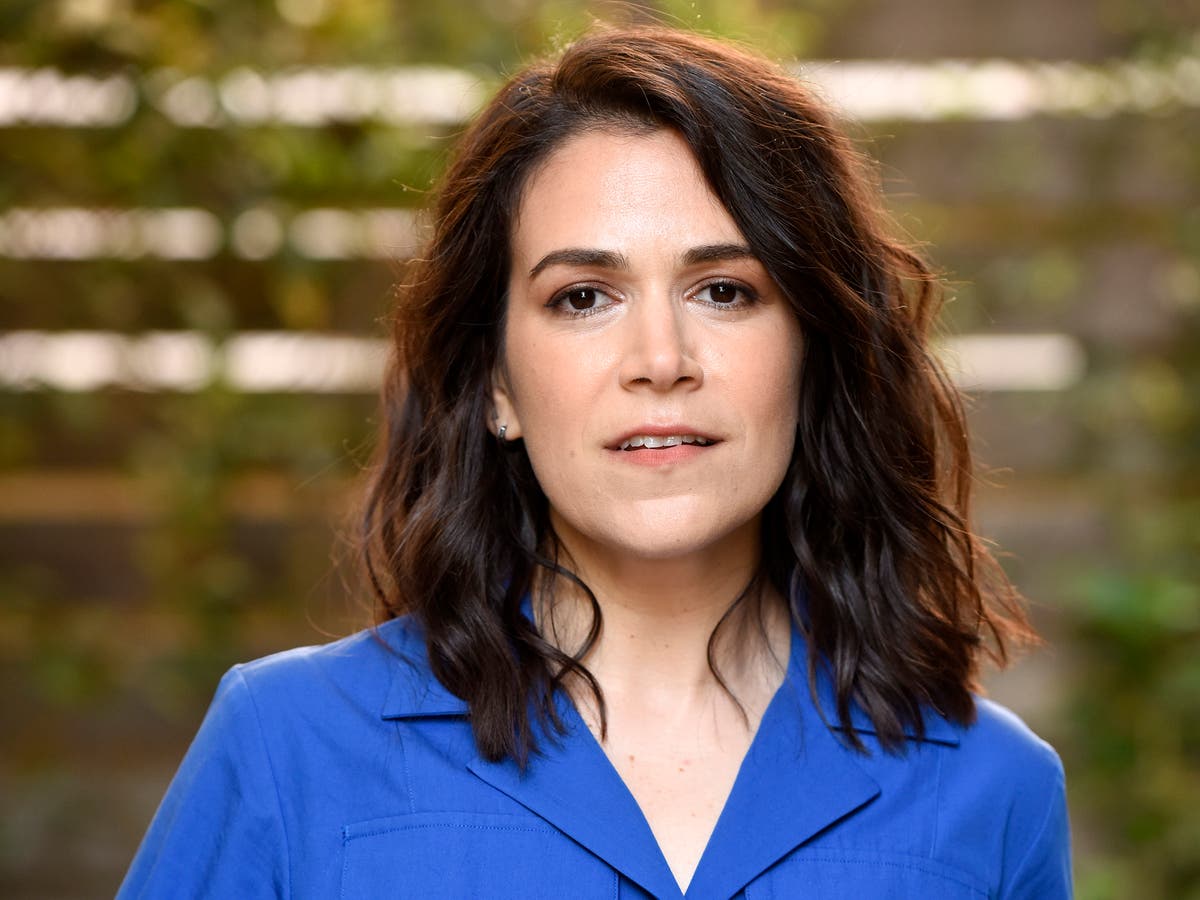 You did this!” Abbi Jacobson exclaims, in near disbelief that I went there. “You know me inside and out.” I’ve just reminded her of what she previously dubbed her most embarrassing on-set moment. It involved nearly 35 failed attempts at throwing a bathroom key at a shamefully close target while filming 2018 family drama 6 Balloons, opposite Dave Franco. What’s most surprising about her giggles, is that the actor, comedian, writer, illustrator, and producer – who famously wielded sizeable dildos on screen in her breakthrough comedy series Broad City – was humbled by a simple set of keys. “Those f***ing keys, man,” she recalls, laughing. “That was a terrible day.”

As it turns out, Jacobson’s a pretty good shot after all. She’s recently chosen to up the ante by assuming the role of professional baseball player Carson Shaw in her new co-created series A League of Their Own. She’s well aware that director Penny Marshall’s beloved 1992 film “does not need a remake”, rather, she and co-creator Will Graham (Mozart in the Jungle) prefer the term “reimagining”.

So what does a reimagining of this cult classic look like? A more inclusive examination of the players of the Second World War era All-American Girls Professional Baseball League that expands into racially and sexually diverse territories the original only alluded to. “We are really telling the stories that were not able to be told in 1992 in a two-hour time slot,” Jacobson explains to me over video call from a Los Angeles hotel room.

Jacobson was in her fourth season of Broad City – where she played dubious Abbi Abrams, a heightened version of her own timid self, alongside co-creator and friend Ilana Glazer’s extroverted Ilana Wexler – when Graham approached her with the remarkable opportunity. “I had a couple of other things brewing, but I hadn’t thought about another show for me to be in,” she says. Despite Broad City being a “full, full, full-time job”, in which she was not only the star but also writer and director, there was no way she could say no. “We’re talking A League of Their Own!” she beams. “It was one of my favourite movies growing up.”

Jacobson acknowledges the gravity of such an imposing project. I ask if she’s nervous about potential criticism from fans or cast members of the 30-year-old movie. “No, I’m not nervous one bit!” she jokes, adding, “Ultimately, I am really trying to become a person who can allow how I feel about the product to override what anyone else might think about it.”

Carson may feel miles away from Broad City’s Abbi Abrams – she’s a 1940s housewife running away from her traditional life in Idaho to chase a dream – while Abrams was a twentysomething New Yorker struggling to get by in an unforgiving city. However, on a deeper level, they’re both women grappling with identity. “There’s a ‘me-ness’ that connects them,” she laughs. “I tend to amplify things that I’m insecure about in my own life. So [they] both tend to ramble in their insecurities and shyness.”

Even after five uber-successful seasons of Broad City, interspersed with cameos on Curb Your Enthusiasm and Portlandia, as well as voice acting on Netflix cartoon sitcom Disenchantment and the Oscar-nominated animated feature The Mitchells vs the Machines, Jacobson has moments of doubt. “In the job I do, which I’m often in a little room – how am I part of leading the show?” But just as Carson eventually finds the power of her voice and emerges as an unlikely leader, Jacobson has done the same. “I think I infuse a lot of myself into the characters I write for myself,” she tells me. “It’s a very meta experience.”

Carson is a late bloomer, finally exploring her sexuality in her twenties. When she meets her wildly flirtatious and unabashed teammate Greta (The Good Place’s D’Arcy Carden), Carson’s cautious facade falls by the wayside as the two embark on a secret love affair. Jacobson and Carden themselves are real-life best friends of 15 years, meeting at New York City’s Upright Citizen’s Brigade improv and comedy theatre, which perhaps speaks to their undeniable chemistry on screen. “Anyone that spends time with D’Arcy, I think, becomes a little bit in love with her,” Jacobson gushes of Carden, who also features in HBO’s dark hitman comedy Barry.

Whereas Marshall’s film contained all-too vague hints of queerness, Jacobson and Carden are more than proud to put this essential story of LGBT+ love front and centre of the new series. “Greta will forever be a wildly significant person in Carson’s life,” she expounds. “And I think for a lot of queer people, the first person that they fall for – even have a queer experience with – changes the course of their life.”

Jacobson, 38, knows a thing or two about first loves. Shortly after coming out publicly in 2018, the multi-hyphenate penned her debut novel, I Might Regret This: Essays, Drawings, Vulnerabilities, and Other Stuff, which took readers along her vulnerable summer 2017 cross-country drive amid devastating heartbreak following her first big romance with a woman.

Now, she couldn’t be more enamoured of her fiancée, actor Jodi Balfour (For All Mankind). The pair were relatively low-key with their relationship – only sharing cryptic photos on Instagram – up until October of last year, when they celebrated their one-year anniversary with the world. For Jacobson, who is “private in a lot of ways”, going public was a “little push and pull”. However, she challenged herself by asking, “We’re so happy. I would post a photo of me and Desi, my dog. Why are we not just posting a photo of us enjoying the day?”

Jacobson admits there’s also a much larger issue at stake. “I do think that representation is a little bit on my mind,” she says. “Not to say that I’m posting a photo of us to be like, ‘We need people to know that there are queer people out there’. I’m not doing that. But I am sort of! I don’t feel like there’s a ton of us in the industry.”

Representation is a key part of Jacobson’s ideology. As someone who only discovered her sexuality in her thirties, she feels a sense of purpose with A League of Their Own to tell the overlooked stories of the queer women who went before her. “You just hope you can open up people’s minds and also get people who don’t feel seen to feel seen and empowered.”

“I wish I saw that as a kid,” she reflects. “Who knows what would’ve happened?”