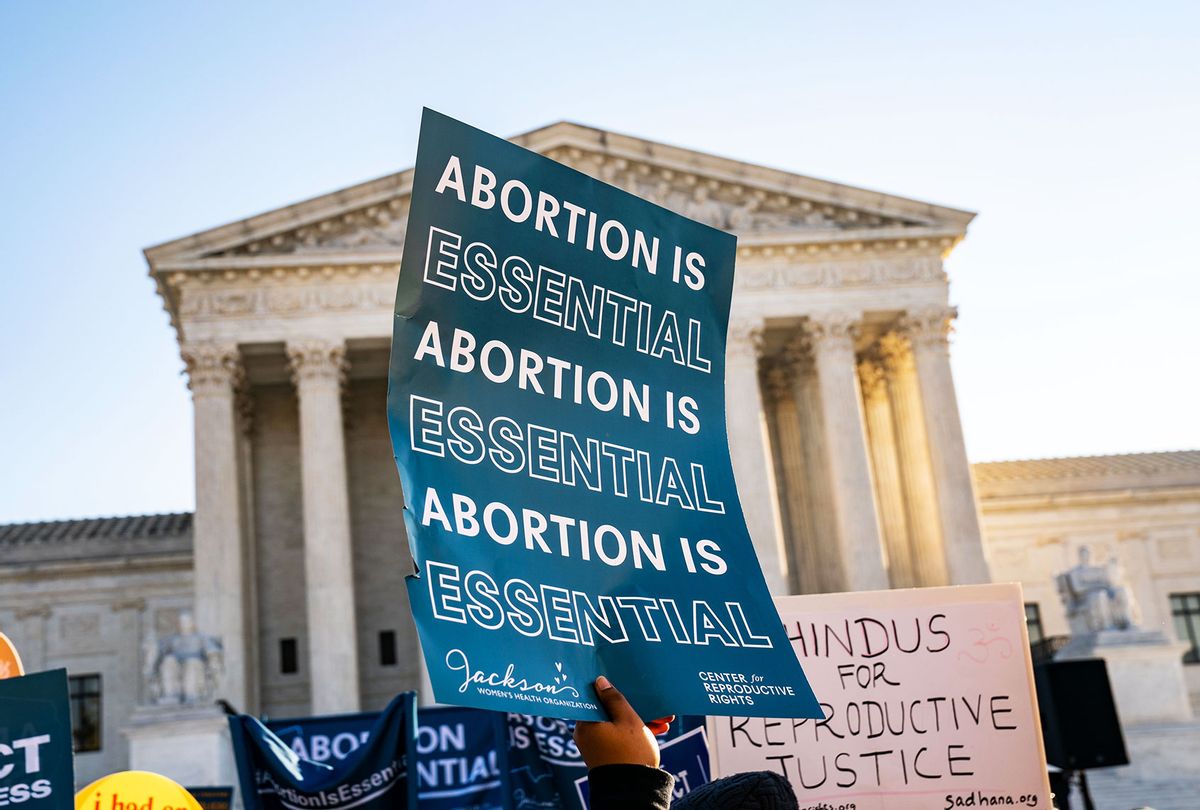 The fallout from the United States Supreme Court’s elimination of the constitutional right to access abortion in its June 24th reversal of Roe versus Wade is spreading rapidly across the country. From trigger laws in Republican-controlled states that totally ban or even criminalize the procedure, to patients as young as 10 having to travel hundreds of miles to terminate rape-induced pregnancies, the forewarned consequences of stripping Americans of their reproductive autonomy are rapidly coming to fruition.

Historically, the fight over abortion – predicated on the clash between the conservative belief that life begins at fertilization and the liberal view that personal sovereignty should reign supreme – has led to protests aimed at embarrassing and degrading individuals seeking abortions as well as violence against providers.

On Sunday, The Guardian reported that fears of additional attacks are surging within the medical community.

“Danger is a reality of life for abortion providers in the US. With states now empowered to ban the procedure after the supreme court overturned federal abortion rights, reproductive health experts fear a new wave of violence,” wrote the British outlet.

“Anti-abortion violence is more common when you have these moments of uncertainty and upheaval, and that’s what we have now,” Mary Ziegler, a legal historian at Florida State University College of Law, told The Guardian.

In states where abortion is still legal, there are heightened concerns that a change in political leadership will trigger additional chaos.

“No woman’s life and health should be at the mercy of the next election, or zip code, or Mitch McConnell or Donald Trump,” Warren Hern, director of the Boulder Abortion Clinic in Colorado, said of the Senate Minority Leader and the embattled ex-president.

Under Roe, “the anti-abortion movement has always found its greatest success in courtrooms and statehouses, passing laws that curbed access to clinics and encouraging Republicans to appoint Supreme Court Justices who would vote to overturn” the landmark decision, noted The Guardian. “Yet by the 1990s, extremists with the movement came to conclude that more needed to be done. Since then, four abortion doctors have been assassinated and clinic staffers and bystanders have also lost their lives in shootings and bombings targeting facilities, with the last deadly incident occurring in 2015.”

The first instance was the assassination of Doctor David Gunn in Pensacola, Florida in 1993, followed years later by the infamous murder of Doctor George Tiller in Wichita, Kansas in 2009.

But it has also turned public opinion against anti-choice zealotry.

“People in the United States thought more negatively of the anti-abortion movement as being a kind of misogynist white supremacist movement. Being a violent movement makes a lot of people reluctant to associate with you,” Ziegler said.

Melissa Fowler, chief program officer at the National Abortion Federation, revealed that some of the people who stormed the Capitol on January 6th, 2021, were “recognized” from previous demonstrations outside of clinics.

Militant opposition to abortion is not limited to the US, however.

The data amassed by Fowler’s organization, which tracks anti-abortion violence, “encompasses the US, Canada, Mexico City and Colombia” and “shows an increase in violence and harassment towards abortion providers,” The Guardian learned. “Every type of incident the organization tracks in its annual report rose last year compared with 2020, including stalking of clinic staff, which in the US jumped 200% from the year prior, with 12 incidents reported.”

Today, the risks of providers potentially losing their lives are compounding, and they will be further imperiled if Republicans retake Congress and enact a nationwide abortion ban.

Julie Burkhart, the founder of the pro-choice Trust Women Political Action Committee, told The Guardian that virtually all US clinics have experienced at least one act of vandalism or targeted harassment. Her clinic in Casper, Wyoming, was torched by an arsonist in May following the leak of the Supreme Court’s majority opinion overturning Roe.

But her dedication to ensuring that women can still access the care that they need is undeterred. Burkhart, whom Tiller mentored, plans to reopen her facility despite the likelihood that Wyoming will soon outlaw abortion.

Tiller, she recalled, had predicted the eventual demise of Roe.

“That was without a question in his mind. And I, at that time when he expressed that, I still didn’t feel like I could see that same writing on the wall that he did,” Burkhart said. “I’m sad that what he thought came true.”