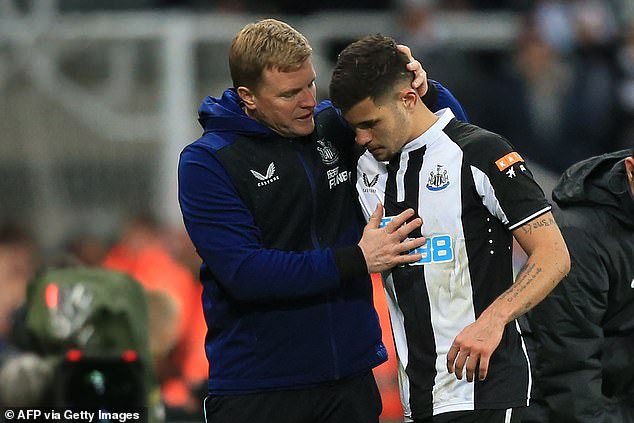 By Craig Hope for MailOnline

Eddie Howe says Bruno Guimaraes will not be sold amid interest from Real Madrid and wants Newcastle United to give him the stage to fulfil his ambitions.

The Brazil midfielder has been outstanding since arriving from Lyon for £36million in January – a figure that could rise to a club record £42m – and has scored five times from 19 appearances.

Howe has no problem with the likes of Real Madrid monitoring his player – who has no release clauses in his contract – and the Magpies boss insists he is going nowhere.

‘Absolutely not,’ said Howe, when asked if Bruno could be sold this summer. ’We’re trying to build a squad here that can make the club successful over the next few years. We want to enhance the group, not take away our best players.

‘Regarding speculation, I’ve got no problem with that, as such. I think it’s a compliment to Bruno and how well he’s done for us. He’s been incredible, and I think he’s only going to get better from this point. He’s a very valuable member of our team.’

Newcastle have signed three players so far this summer but have been frustrated in their efforts to bring in attacking reinforcements. There has been an offer for Watford forward Joao Pedro this week, but the clubs remain apart on valuation. 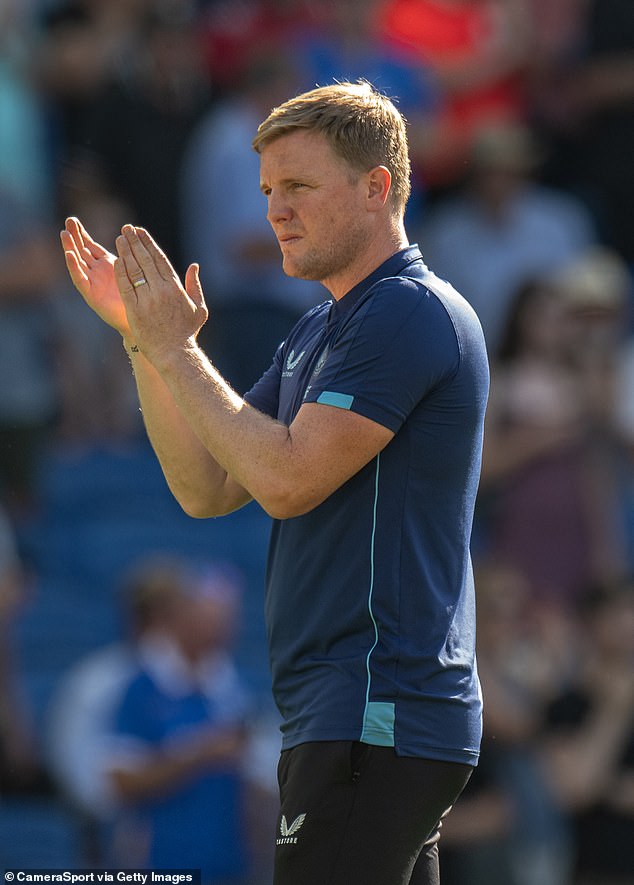 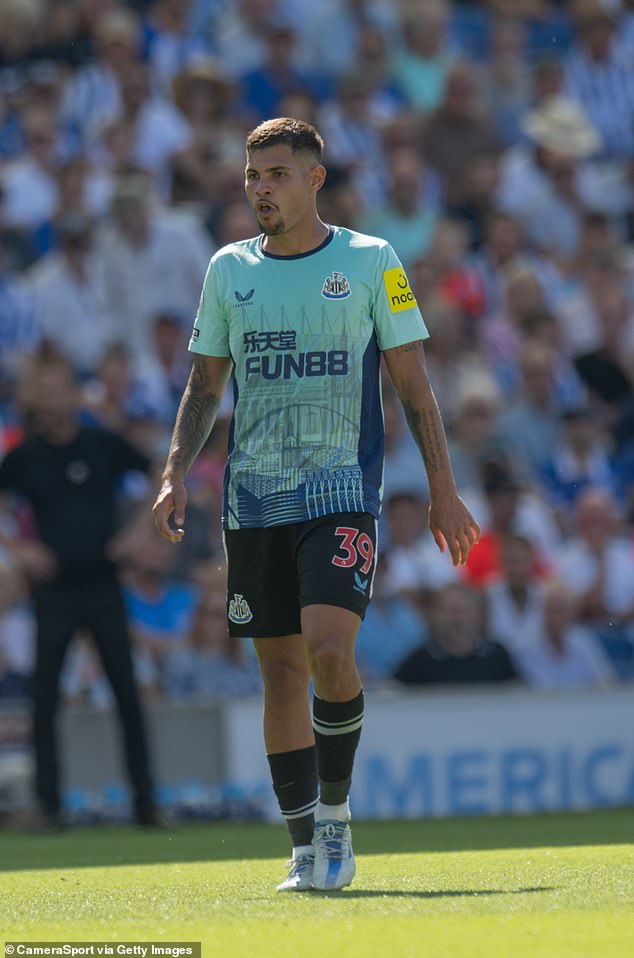 Howe brought the conversation back to Bruno, as he said: ’If there was another Bruno, please let us know! Because they don’t grow on trees. It was an incredible piece of business. Not just as the footballer, but you have got to consider the person – he is a brilliant lad.

’He came here when the club was in a relegation fight, but with no conditions, no way out, no escape clause. He wanted to fight to keep the club in the Premier League. I thought that showed real, human qualities. He was all-in from day one. That has reflected in how well he’s done.

‘Every footballer has different aims and ambitions. I’m sure Bruno’s got huge ambitions going forward in his career and I would embrace that, because he has the ability to achieve special things. That’s what we’ve got to try to do, give him an opportunity and a platform to fulfil those aims and dreams here.’