Activists call for Houston taqueria shooter to be charged 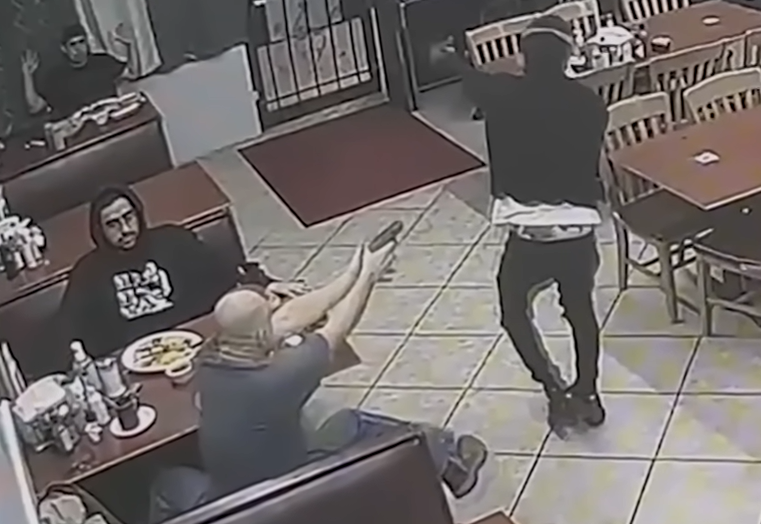 A customer who shot and killed a masked robber at a southwest Houston taqueria earlier this month has been heralded by many online as a hero. However, not all in the Houston community feel that way. A group of local activists is now calling for the 46-year-old shooter, who police have not named, to face criminal charges, opining that the shooting went beyond self-defense and was a “cold-blooded execution.”

Over the weekend, the group, which included members of the Texas Coalition of Black Democrats, Rainbow, PUSH Coalition, and New Black Panther Nation, gathered outside of the Ranchito Taqueria, where the shooting took place on Jan. 5, to call for legal action against the shooter. They clarified that they are not condoning the actions of the robber, who was later identified as 30-year-old Eric Eugene Washington, but said he deserved to be punished and sent to jail—not killed.

“The ‘good Samaritan,’ was within the law when he fired the first initial shots,” said Quanell X, leader of the New Black Panther Nation in Houston, told reporters at a press conference on Sunday. “But we believe he went from being a law-abiding citizen to a law breaker.”

Several witnesses confirmed that after the initial shots, Washington’s gun had slid away from his body, Quanell X said. “He stood over the young man and shot him multiple times over and over again when he was no longer a threat,” he said. “He takes the young man’s gun goes back to the counter with it and as he’s leaving, shoots him in the head. Then he leaves and doesn’t call 911. He doesn’t wait for the police. He leaves the property.”

The shooter received similar criticism online after surveillance video from the restaurant surfaced, capturing him continuing to shoot Washington even after he was longer moving. “I believe that he should be charged with something,” Quanell X said, adding he’s not sure what the charge should be. “We cannot have a society where our citizens are judge, jury and executioner.”


Investigators with the Houston Police Department had also revealed that Washington, who died at the scene, did not have a real gun. “He had a plastic pistol, possibly an aero soft or possibly a little BB pistol,” HPD Lt. R. Wilkens said. The shooter was not arrested or charged. Once HPD completes its investigation, the case will be presented to a grand jury.

Last week, Juan L. Guerra Jr., an attorney representing the shooter, released a statement on his client’s behalf, saying that his actions were justified and that he believes the grand jury will see it the same way. “In fear of his life and his friend’s life, my client acted to protect everyone in the restaurant,” Guerra said, adding that the event has been very traumatic for the man. “Taking a human life is something he does not take lightly and will burden him for the rest of his life. For that reason, he wishes to remain anonymous.”

Quanell X worries about the message the grand jury will send to gun owners if the shooter isn’t charged. “This will open a door in Harris County for some wild stuff,” he said. “What people are going to say is, ‘you didn’t indict him, how can you indict me?'”