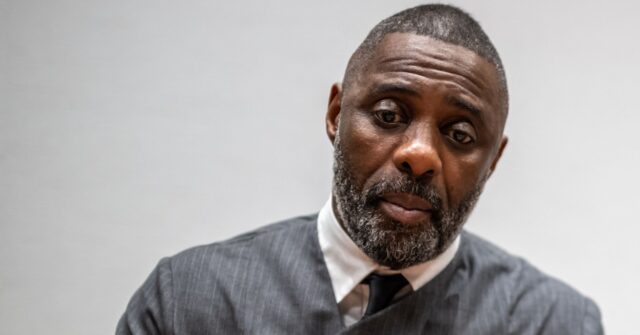 British actor Idris Elba used the elite, champagne-soaked world of canapes and billionaires that is the World Economic Forum (WEF) meeting in Davos to decry global food poverty and “the unjustness of half the world eating and half the world not eating.”

The Luther star and his wife Sabrina Dhowre Elba are both goodwill ambassadors for the U.N.’s International Fund for Agricultural Development (IFAD). He spoke in an interview with AFP to urge the world’s corporate and political elite to do more to help small farmers in Africa.

The couple flew in to the luxury Swiss mountain resort from Milan, Italy, after attending the plush Gucci’s Men’s Fall Winter 2023 Show on Friday. 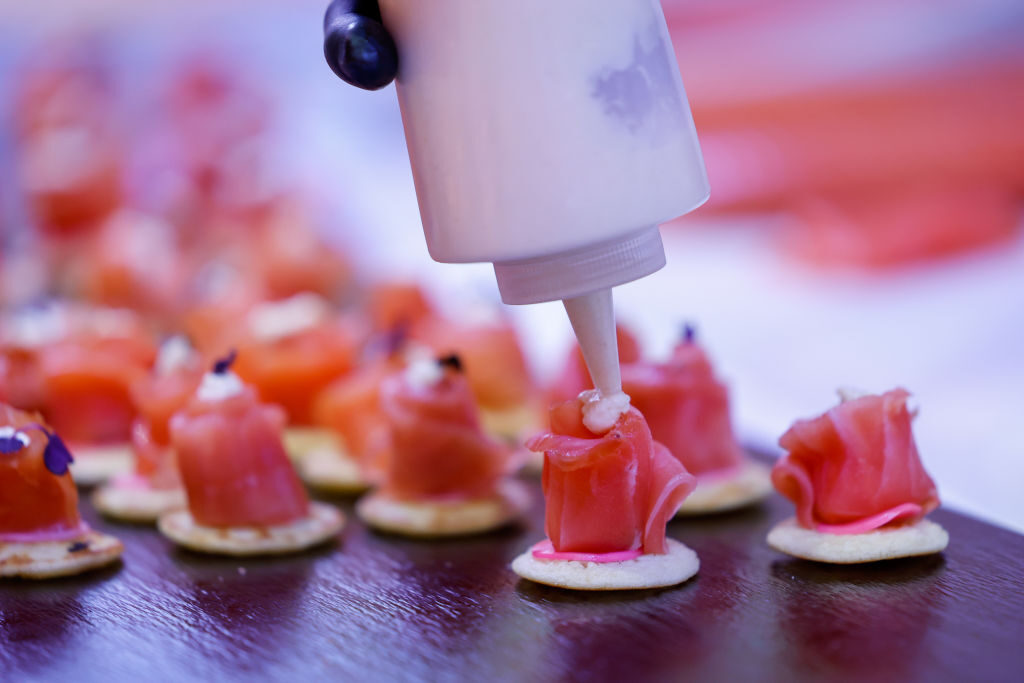 A chef prepares canapes for the Welcome Reception ahead of the World Economic Forum (WEF) in Davos, Switzerland, on Monday, Jan. 16, 2023. (Stefan Wermuth/Bloomberg via Getty) 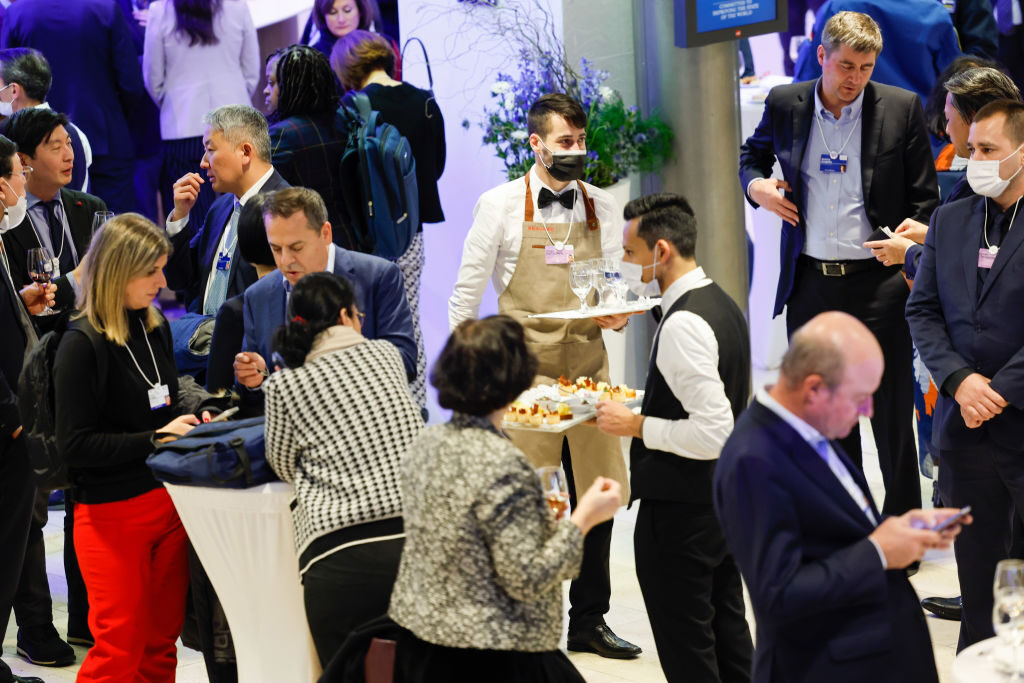 Champagne, fine wine, and cocktails for attendees at the Welcome Reception ahead of the World Economic Forum (WEF) in Davos, Switzerland, on Monday, Jan. 16, 2023. (Stefan Wermuth/Bloomberg via Getty) 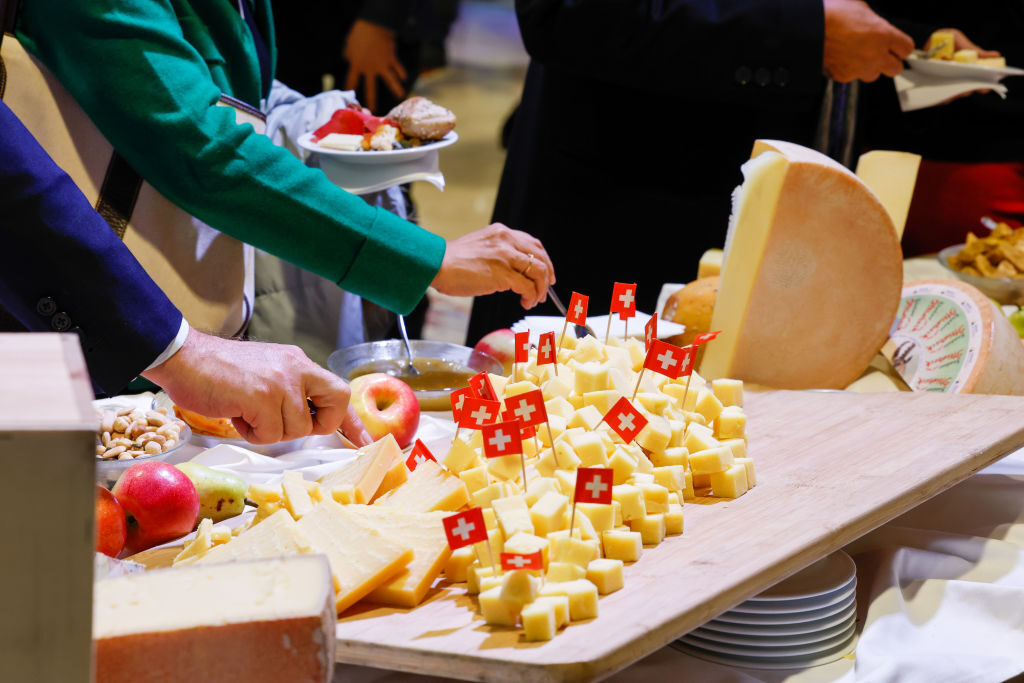 Guests help themselves to a gourmet selection of Swiss cheese at the Welcome Reception ahead of the World Economic Forum (WEF) in Davos, Switzerland, on Monday, Jan. 16, 2023. (Stefan Wermuth/Bloomberg via Getty Images

“That’s unjust. If this is a movie, those are the bad guys and these are good guys, you know, and so that’s what drives me,” said Elba.

Earlier in the day the couple were awarded the WEF’s Crystal Award for their advocacy work at an event where Elba told the audience the poor of this world are looking for investments, not just aid and handouts.

“People are listening, governments are stepping up, but not enough,” Sabrina Dhowre Elba, a Somali-Canadian model, told AFP.

“That’s why we’re here and continue banging doors … because we need to step up twice, three times, four times, five times as much because the need is there,” she said. 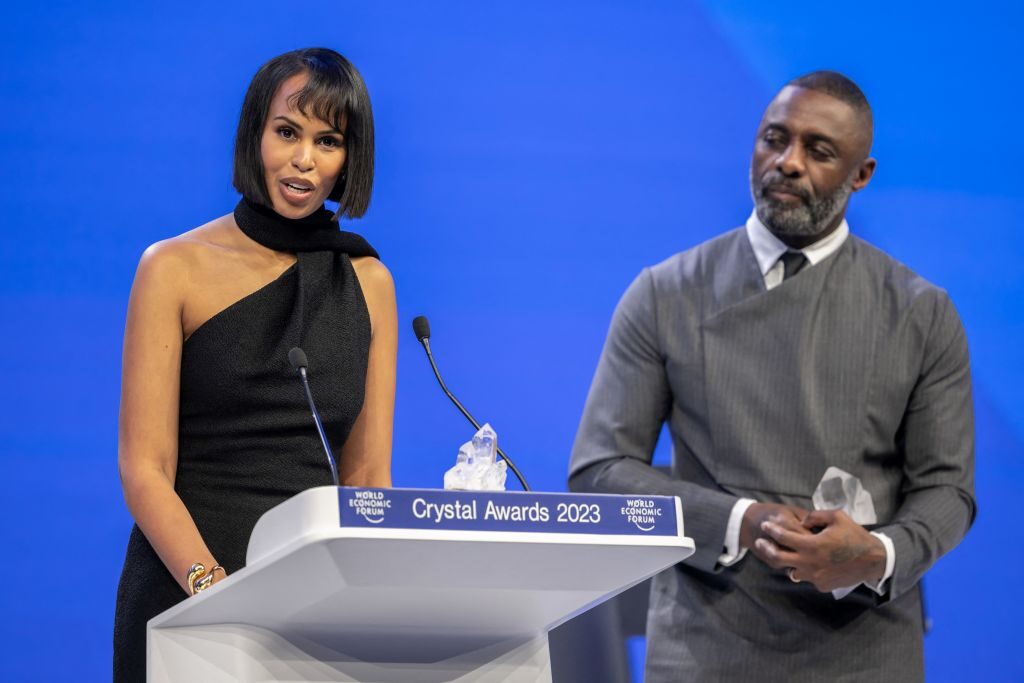 “We need to have long-term solutions that help people step themselves up in an entrepreneurial way, get them out of poverty, give them a sense of pride and work,” she said.

Her husband added: “I think the next challenge for us is to get private sector to to participate.”

This is not the first time Elba has sought to set the world to rights, suggesting in a 2020 the global coronavirus pandemic was Earth’s response to damage inflicted by humanity, which he compared to an infection.

“Our world has been taking a kicking. We’ve damaged our world and, you know, it’s no surprise that our world is reacting to the human race,” the actor said.

“We’ve damaged our world and, you know, it’s no surprise that our world is reacting to the human race,” said actor Idris Elba. https://t.co/t5PYHxOcou

“There’s no surprise that a virus has been created that is going to slow us down and ultimately make us think differently about our world and ourselves,” the star said.

“That’s like for me, that’s a standout thing that’s very obvious. This is almost like the world’s cry out to like, ‘hey hey hey, you’re kicking me, and what you’re doing is not good. So I’ll get rid of you,’ as any organism would do is try and get rid of an infection and maybe this is it for the world.”

We made it through the holidays. What do WA flu and COVID trends look like now?