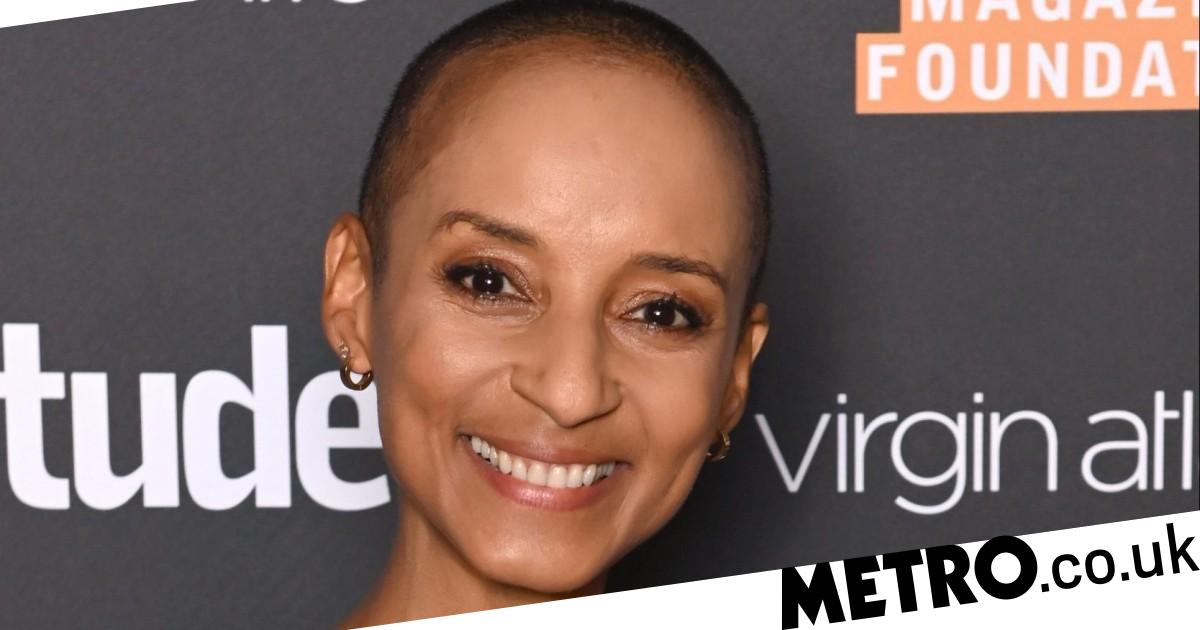 Adele Roberts has shared another candid update about the effects of chemotherapy, revealing that the treatment caused ‘the bottoms of her feet to fall off’.

Explaining that chemo ‘shredded’ her feet and left them looking ‘disgusting’, the BBC radio DJ said she treats the cuts with plasters and painkillers.

It’s been over a year since the 43-year-old revealed she was undergoing treatment for bowel cancer in October 2021, and eight months later, in June 2022, Roberts proudly announced she was cancer-free.

In her latest update, Roberts filmed the tops of her feet tucked under her partner Kate’s thighs as she explained: ‘Morning everybody, just hiding my feet because they’re disgusting.

‘[I’m] gonna give you an update on how they’re getting on, the chemo has shredded them again.’

She added: ‘So, they get better a little bit, and I’ll show you what happens. Basically, the bottom falls off my feet.

‘If you’re squeamish, skip the next slide, but just keeping everybody updated. I also manage it with painkillers and Kate’s about to put some plasters on my feet as well. Thank you Katie!’

However, Roberts decided against sharing a photo of the bottom of her feet with her 208,000 Instagram followers, explaining: ‘They’re so vile I don’t even want to show the picture. I’ll go to the doctors and get some help and report back.

‘They’ve got deep cuts in them and they’re so sore the skin just comes off. I finished chemo (Capecitabine) in May last year and it’s still battering my skin.’

Roberts added: ‘The scars on my face (from the chemo burns) are doing much better. The best thing I’ve found is a simple face care routine.

‘Nothing too abrasive and the brilliant @larocheposay B5 balm. It’s AMAZING! My skin is healing so well.

‘I’ll do some before and after pictures soon Thank you to @macmillancancer for introducing me to the balm. You’re amazing XX.’

2022 ended on a high for the radio presenter, who signed off her final show cancer-free and feeling ‘lucky and grateful’ for her life.

Posting a series of photos from her Early Breakfast Show on Radio 2 last month, Roberts said: ‘I did my first radio show this year on chemotherapy. I’ve just finished my last show of 2022, cancer free and with a year full of amazing memories.

‘Like, HOW BRILLIANT is that?! Thank you @bbcradio2 and @thisislisten for making that happen. Just WOW… absolutely made my year that…’

Roberts added that she could not believe it when her phone showed her photos from what she was doing a year ago.

‘It blows my mind,’ she continued. ‘Just know that if you’re going through a tough time it can all change just as quickly as it went. Keep the faith.’

Roberts announced last year she was undergoing treatment and that she later had a tumour removed through surgery.

Since then, she’s shared the realities of living with a stoma bag – which is attached to her abdomen and collects her faeces – on her social media while also documenting her chemotherapy sessions.


MORE : Alex Reid felt like a ‘lamb to the slaughter’ after marrying Katie Price: ‘I genuinely felt hated’

Grammys 2023: Beyoncé now the most decorated artist in Grammy history –…