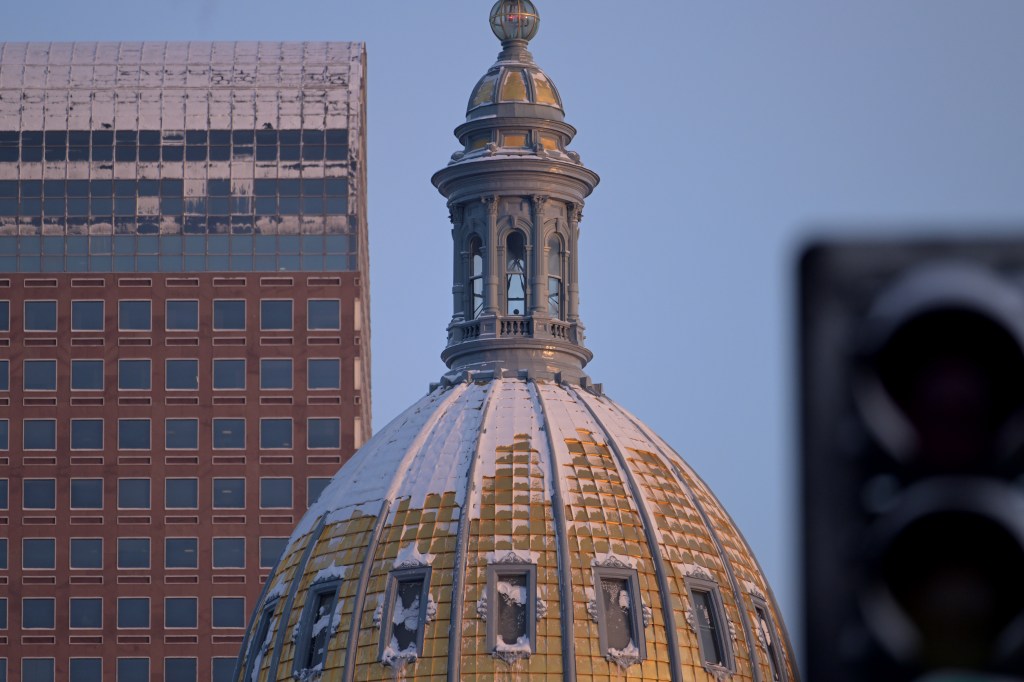 Housing, water, gun violence and affordability will be among the sweeping priorities for lawmakers when historic Democratic majorities gather in the state Capitol for the start of the 2023 legislative session next week, leaders of the General Assembly said Monday.

Rep. Julie McCluskie, who will lead a supermajority in the House of Representatives as speaker, said affordability will again be a key theme of the session — albeit on the heels of prior major efforts to tamp down costs for housing, health care and child care. The full implementation of that work, and the ability to gauge its effectiveness, is still underway. That’s set this session up as more of a continuation of past work, rather than a launching pad for more new, expansive initiatives.

McCluskie cast wins in November as validation of those efforts and the Democratic program in general.

“It’s incredibly important to recognize that we are returning with larger majorities in part because our voters believe we’re on the right track,” McCluskie said. “I think it’s an affirmation that we have paved the way for a successful future.”

While the legislature will continue its work on those big, perennial issues, Senate President Steve Fenberg and McCluskie said they also plan a slew of health care and civil rights protections in the realm of gender-affirming care, contraception access and LGBTQ rights.

As Coloradans continue to face an unaffordable housing crunch, McCluskie singled out tax incentives for first-time homebuyers as possible legislative balms. But it will be part of a larger effort to address the issue: Other lawmakers have talked about eviction protections and slowing the growth of rent, while policymakers watch the launch of the affordable housing program voters passed with Proposition 123.

More broadly, the effort to address housing will also feature a debate about the state’s role in what’s traditionally been local matters, like development and zoning, McCluskie and Fenberg said Monday. Some housing advocates and experts have called for that very debate, citing the need for a uniform approach to what is a statewide housing crisis. Fenberg echoed those concerns, questioning why regional problems like homelessness are handled “almost entirely” by cities and local governments.

Though he couldn’t yet provide specifics on pending legislation or the direction of that debate, Fenberg said state officials want to ensure that future development is intentional and focuses “less about sprawl (and) more about density in transit corridors.”

“Right now, how we use land — who builds what, what they’re allowed to build, how it’s zoned — that’s almost entirely left up to local communities,” Fenberg said. “We’re not going to get rid of that, we’re not proposing anything radical here that will change that scenario completely. But we do think the state has a role to play if you think about the dollars we’ve started to invest in housing.”

Local governments are bracing for that debate. Kevin Bommer, the executive director of the Colorado Municipal League, told The Post last week that his group was ready to “go to the mat” over local control of zoning and development.

“The General Assembly shouldn’t act like a city council,” Bommer said, “and the governor’s elected to be governor, not the mayor.”

Clean air and eyes on water

Fenberg said members are working on several bills to reduce ozone emissions and aiming to boost air quality in the state.

First, officials need to separate out what is in state control and what isn’t, while also balancing that regulations come with economic and personal costs. Fenberg cited the temporary closure of the Suncor refinery specifically: It may lead to cleaner air for a few months, but it may also mean people already under the thumb of inflation may pay more for energy.

Lawmakers will also continue to look at the oil and gas industry, though Fenberg said those details aren’t yet finished. He mentioned incentivizing the electrification of drill rigs to tamp down on pre-production drilling emissions as one likely effort. Regulators have also been working on new rules for energy production, a product of 2019’s Senate Bill 181, and lawmakers will be watching to see if it accomplishes what they wanted, he said.

“I want to be careful and make sure the appropriate things are at the regulatory side so that we’re not over-prescribing at the legislative level,” Fenberg said.

Water remains a defining aspect of life in the West, and Colorado’s water crisis remains as acute as ever. Fenberg called it “a bit of an existential threat” to the state’s economy and its communities. Conservation, drought resilience and infrastructure efforts will be big aims, though the legislative leaders did not have specific policies yet.

“One of the biggest frustrations when we talk about water quantity is certainly the diverse interests that come to the table,” McCluskie said. “This isn’t a Republican and Democrat issue, this is a Western Slope and eastern slope issue. It is an ag economy, a tourist economy and outdoor recreation economy interest.”

Right now, the goal is to convene stakeholders to find common ground across those sometimes disparate interests, she said. And the bevy of new lawmakers also need time to brush up on the dissertation-worthy topic of western water law. McCluskie said state Rep. Karen McCormick, who will chair the Agriculture, Water and Natural Resources Committee, has been putting together a “water boot camp” for her members.

Colorado’s crime rates and broader public safety concerns were ever present on the campaign trail last year. They will feature prominently during the session, too, Fenberg said, with a particular focus on the “root causes” of crime and other issues that hurt “the health of our local communities.”

There again was a pledge to build upon what Democratic majorities have worked on in recent years.

“That’s going to be continued work in investments on behavioral health, addressing economic inequalities — because in a lot of ways that is a foundational causing factor — and of course homelessness and addiction and other areas we’ve been working on,” he said.

But he also previewed “common sense” adjustments to current laws, like tightening penalties for auto thefts. Gov. Jared Polis called for a similar change in the fall.

Lawmakers have been discussing more gun control measures as well, in the wake of the Club Q shooting in November. Fenberg said legislators were working on a “package of bills” to address gun violence, targeting the state’s red flag law, age requirements and waiting periods.