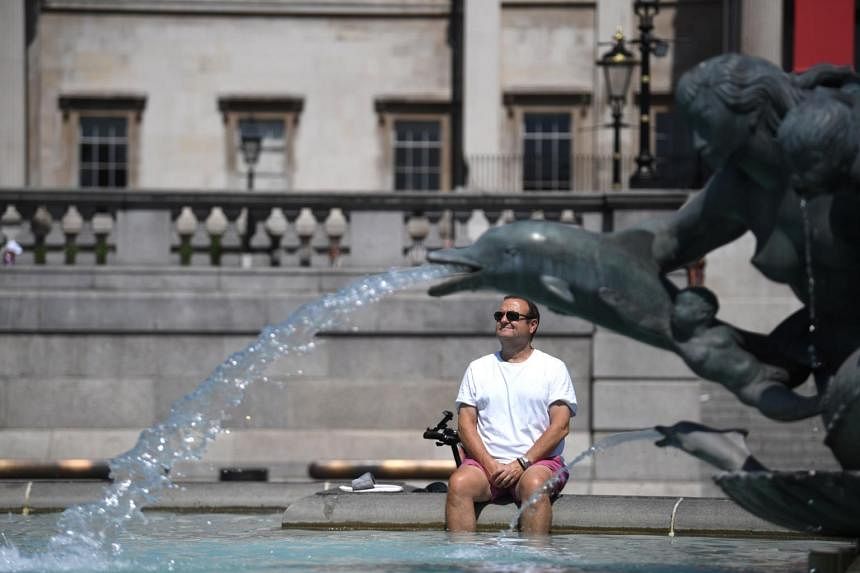 LONDON (REUTERS) – Britain was bracing for temperatures to hit 40 degrees Celsius for the first time on Tuesday (July 19) after it recorded its warmest night on record, forcing train services to stop, some schools to close and zoos to feed animals with large ice lollies.

Britain, which can struggle to maintain key transport services in extreme heat or the snow, has been put on a state of “national emergency” alert as temperatures look set to surpass the previous record of 38.7C recorded in 2019.

Transport minister Grant Shapps said it would be many years before Britain could fully upgrade its infrastructure to cope with higher temperatures.

“We’ve seen a considerable amount of travel disruption,” he told the BBC. “We’re probably going to see the hottest day ever in the UK recorded today, and infrastructure, much of which was built from the Victorian times, just wasn’t built to withstand this type of temperature.”

Much of Europe has baked in a heatwave for over a week that has sparked wildfires to rage across tinder-dry countryside in Portugal, Spain and France.

In Britain, the heat brought widespread travel problems and requests from train operators for people to only use the service if essential. Network Rail tweeted a picture on Monday showing a rail with a kink near London.

London’s Luton Airport suspended flights after a surface defect was found on the runway, and operations had to be diverted from the Royal Air Force’s Brize Norton, with a media report suggesting the runway had partly melted.

Some rail services – including a key route between north-eastern England and London – were cancelled.

The public were also warned not to swim in open water to cool off, with police reporting two teenagers had died after getting into trouble while swimming in a lake and a river.

At least one major zoo, at Chester, said it would close while Bristol Zoo said squirrel monkeys, kea parrots and red pandas were being fed frozen ice lollies filled with vegetables, leaves or mealworms.

In central London, tourists from around the world continued to visit key attracts such as Buckingham Palace and the Tower of London. At Trafalgar Square many stopped to dip their hands, feet and head in the fountain pools.

Reinier van den Heurel, who lives in Bucharest, said he was choosing his route through the capital, based on the sun. “You walk from shadow to shadow, anywhere that you have to stay in the sun for a long time, that’s off limits,” he told Reuters.

‘Big Tech never loses a legislative fight – and they…

Are we all capable of killing someone? Here’s what a…