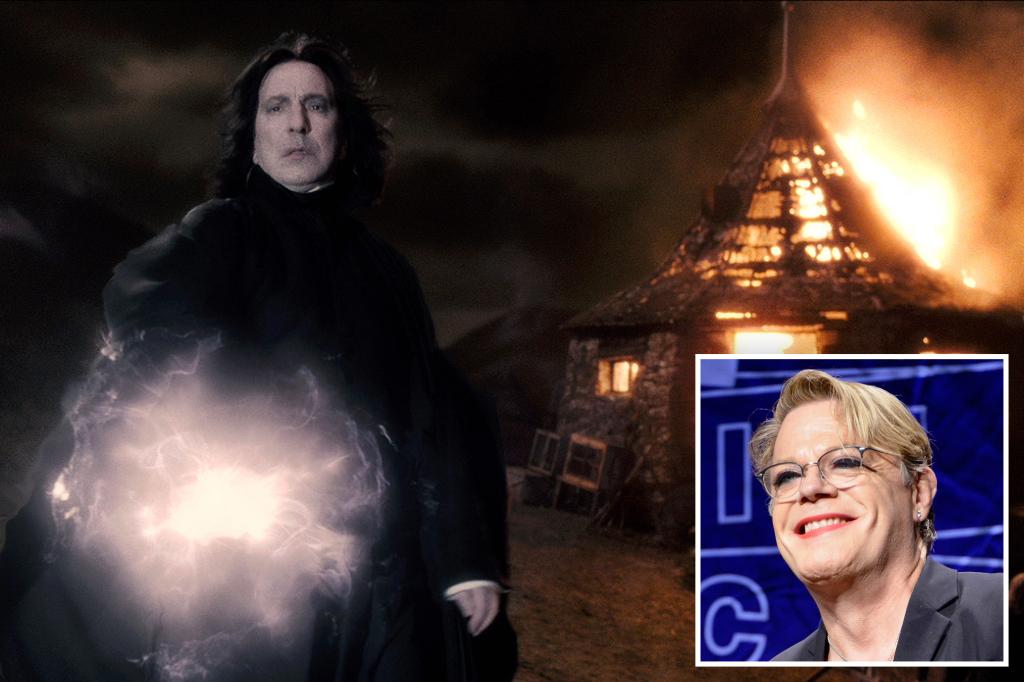 Comedian Eddie Izzard recalled how the pair were having dinner when Rickman supposedly revealed the spoiler.

“Alan had started playing Professor Snape from the Harry Potter films,” Izzard told the Guardian. “He portrayed him with an intense and brittle spirit. I asked if Snape continued in future stories.

Izzard remembered the dinner taking place in 2003 but “Harry Potter and the Half-Blood Prince” was released in 2005.

Rickman, who died in 2016 due to pancreatic cancer, was well know for his portrayal of the slimy potions professor Severus Snape in the “Harry Potter” franchise as well as Hans Gruber in 1988’s “Die Hard.”

Recently, it was announced that the 69-year-old actor’s private journals would be published in an upcoming book called “Madly, Deeply: The Diaries of Alan Rickman,” which is out on Oct. 4.

The journals revealed that he wanted to quit the “Harry Potter” movies.

“Talking to [agent] Paul Lyon-Maris about HP exit, which he thinks will happen. But here we are in the project-collision area again. Reiterating no more HP. They don’t want to hear it,” reads an entry from 2004.

The “Love Actually” star later penned his thoughts on the series conclusion and how it made him feel.

“I have finished reading the last Harry Potter book,” a July 2007 entry said. “Snape dies heroically, Potter describes him to his children as one of the bravest men he ever knew and calls his son Albus Severus.

“This was a genuine rite of passage. One small piece of information from [JK] Rowling seven years ago – Snape loved Lily – gave me a cliff edge to hang on to,” Rickman added.