Alister Jack: UK Government not seeking to veto Holyrood ‘whenever it chooses’ 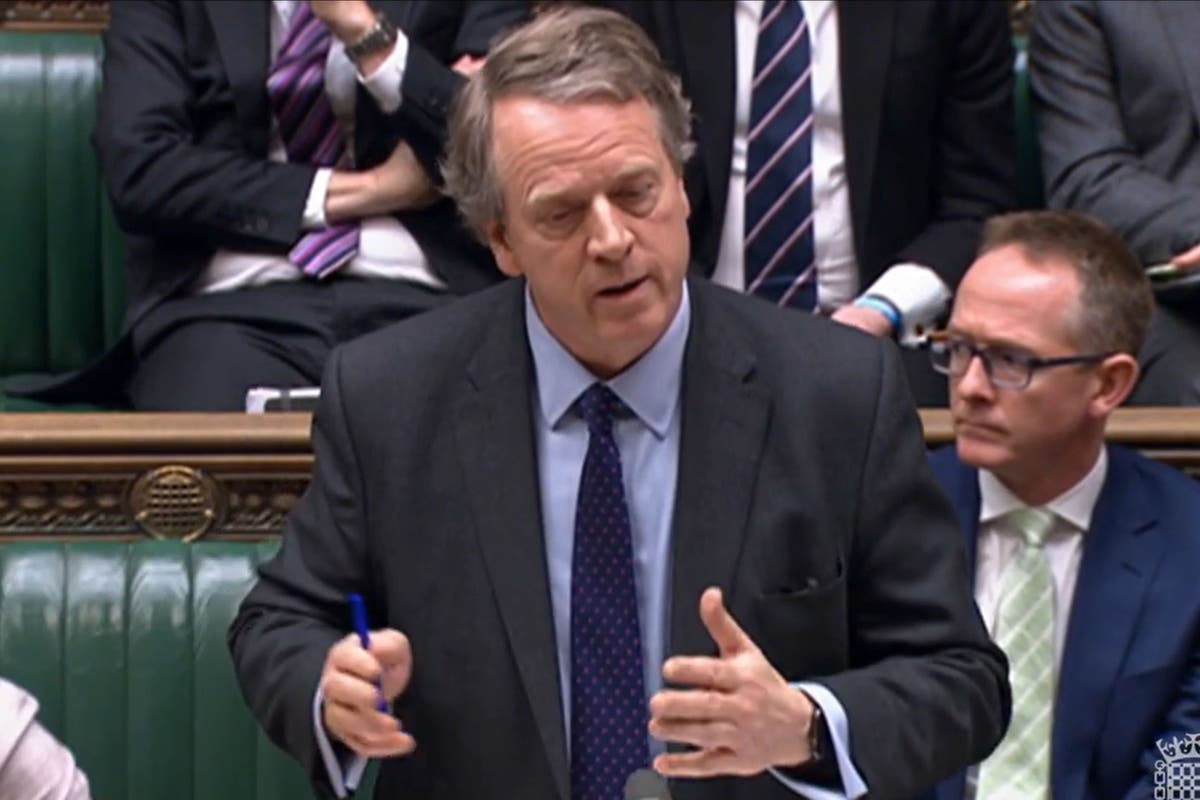 he UK Government is not seeking to veto Scottish Parliament legislation “whenever it chooses” by moving against controversial reforms of the gender recognition process passed by Holyrood, Alister Jack has said.

The Scottish Secretary said the Gender Recognition Reform (Scotland) Bill would have “serious adverse effects” on the operation of UK-wide equalities legislation.

Giving a statement to MPs on the Government’s decision to use Section 35 of the Scotland Act to prevent the Bill from gaining royal assent – the first time such powers have been used since Holyrood was established in 1999 – Mr Jack said “very senior legal opinion” is that using the mechanism is “appropriate”.

Scotland’s First Minister, Nicola Sturgeon, has already branded the move a “full-frontal attack on our democratically-elected Scottish Parliament and its ability to make its own decisions on devolved matters”.

She told the BBC the decision will “inevitably end up in court”.

In Westminster, the UK Government was understood to be braced for drawn-out legal wrangling.

Meanwhile, Scottish Social Justice Secretary Shona Robison said it was a “dark day” for transgender people and for Scottish democracy, in response to an urgent question in Holyrood.

Responding to claims of “constitutional outrage”, Mr Jack stressed the power to prevent legislation from going forward for royal assent – which prevents a law coming into place – had been included in the legislation which established the Scottish Parliament.

The Scottish Secretary told MPs: “This is the first time the power has been exercised and I acknowledge that this is a significant decision.

“The powers of Section 35 of the Scotland Act are not new and this Government has not created them. They have existed as long as devolution itself.

“The Section 35 power provides a sensible measure to ensure that devolved legislation does not have adverse impacts on reserved matters, including the equalities legislation.

“This is not about preventing the Scottish Parliament from legislating on devolved matters, but about ensuring we do not have legal frameworks in one part of the United Kingdom which have adverse effects on reserved matters.

“We should be clear that this is absolutely not about the United Kingdom Government being able to veto Scottish Parliament legislation whenever it chooses, as some have implied.

“The power can only be exercised on specific grounds and the fact that this is the first time it has been necessary to exercise the power in almost 25 years of devolution emphasises that it is not a power to be used lightly.”

He added that “in the instance of the Gender Recognition Reform (Scotland) Bill, I have concluded that the Bill would have serious adverse effects on the operation of the Equality Act 2010”.

Mr Jack had already warned the reforms, which simplify the process for trans people to obtain a gender recognition certificate (GRC), could have “chilling effects on single-sex spaces” for women.

Downing Street suggested it was “forced” to block the law in order to uphold the Scotland Act.

The Prime Minister’s official spokesman said: “It’s with regret that we’ve been forced to take this unprecedented approach. It’s significant that this is the first time we’ve ever had to consider using Section 35.

“It’s important to understand that if we did not take this action, we would not be upholding the Scotland Act, which set out that Scottish Parliament should not legislate in areas where there may be adverse effects on GB-wide legislation and, of course, equalities is part of that.”

The UK Government will not accept any revised Bill that will have “such a significant impact” on equalities matters across Great Britain, the spokesman added.

Responding to an urgent question in Holyrood, Social Justice Secretary Shona Robison said it was a “dark day for trans rights and a dark day for democracy”.

The Cabinet Secretary questioned why the Section 35 order was issued to provide an effective veto to the legislation, when a Section 33 order could have been made under the Scotland Act which would have referred the Bill to the Supreme Court to rule if it was within the powers of Holyrood.

“I question what the implications are for future legislation of this Parliament,” she said.

The decision it has taken is political, and it is a sad day for democracy and devolution

The UK Government, Ms Robison said, had “multiple opportunities” to raise issues with the Bill during its passage.

“(The UK Government) did not like the Bill, so it has blocked it,” the Cabinet Secretary told MSPs.

“The decision it has taken is political, and it is a sad day for democracy and devolution.”

But Ms Robison committed to “seek to uphold the democratic will of this Parliament”.

Labour MSP Monica Lennon, who tabled the urgent question and earlier told the Daily Record newspaper she was “disappointed” in the response from the UK Labour Party, described the move as “a cynical and dangerous power move by an out of control UK Government that is determined to wreck this Bill at any cost”.

The Cabinet Secretary agreed with the Labour MSP’s assertion, adding: “I fear we would have always ended up here with a Section 35 order, because the UK Tory Government does not like this Bill, does not want this Bill and will do everything to block this Bill.”

The legislation allows, for the first time, transgender people in Scotland to obtain legal recognition in their preferred gender without the need for a medical diagnosis.

It would also cut the time they have to live in their acquired gender before applying for a GRC, and reduce the age at which an application can be made to 16.

These are the most common Austin-area scams of 2022, according to the Better Business Bureau