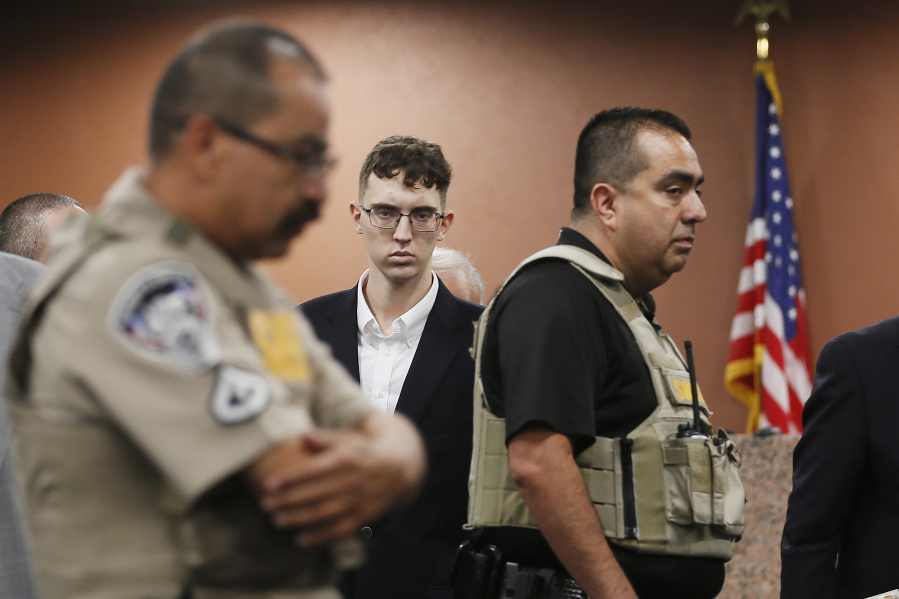 Federal prosecutors will not seek the death penalty for a man accused of fatally shooting nearly two dozen people in a racist attack at a West Texas Walmart in 2019.

The U.S. Department of Justice disclosed the decision not to pursue capital punishment against Patrick Crusius in a one-sentence notice filed Tuesday with the federal court in El Paso.

Crusius, 24, is accused of targeting Mexicans during the Aug. 3 massacre that killed 23 people and left dozens wounded. The Dallas-area native is charged with federal hate crimes and firearms violations, as well as capital murder in state court. He has pleaded not guilty.

Federal prosecutors did not explain in their court filing the reason for their decision, though Crusius still could face the death penalty if convicted in state court.

The prosecutors’ decision could be a defining moment for the Justice Department, which has sent mixed signals on policies regarding the federal death penalty that President Joe Biden pledged to abolish during his presidential campaign. Biden is the first president to openly oppose the death penalty and his election raised the hopes of abolition advocates, who have since been frustrated by a lack of clarity on how the administration might end federal executions or whether that’s the objective.

The decision comes weeks after Jaime Esparza, the former district attorney in El Paso, took over as U.S. attorney for West Texas. Esparza said when he was district attorney that he would pursue the death penalty in Crusius’ case. A spokesman for Esparza’s office referred questions to the Justice Department in Washington, D.C., where another spokesman declined to comment.

Crusius surrendered to police after the attack, saying, “I’m the shooter,” and that he was targeting Mexicans, according to an arrest warrant. Prosecutors have said he published a screed online shortly before the shooting that said it was “in response to the Hispanic invasion of Texas.”

Lawyers for Cruisus did not immediately respond to requests for comment. His case is set for trial in federal court in January 2024.

Although the federal and state cases have progressed along parallel tracks, it is now unclear when Crusius might face trial on state charges.

The district attorney who had been leading the state case, Yvonne Rosales, resigned in November over accusations of incompetence involving hundreds of cases in El Paso and slowing down the case against Crusius. Texas Gov. Greg Abbott last month appointed a new district attorney to “restore confidence” in the local criminal justice system.

Federal prosecutors are still pursuing the death penalty in the case against Sayfullo Saipov, who is accused of using a truck in 2017 to mow down pedestrians and cyclists on a bike path in New York City. Saipov’s federal capital trial began last week.

The decision to seek death in Saipov’s case came under President Donald Trump, who during his last six months in office oversaw a historic spree of 13 federal executions. Attorney General Merrick Garland announced a moratorium on carrying out federal executions in 2021, but he allowed U.S. prosecutors to continue to seek the death penalty against Saipov while the department reviews Trump era death penalty procedures.

Whatever happened to Venezuela’s opposition movement?