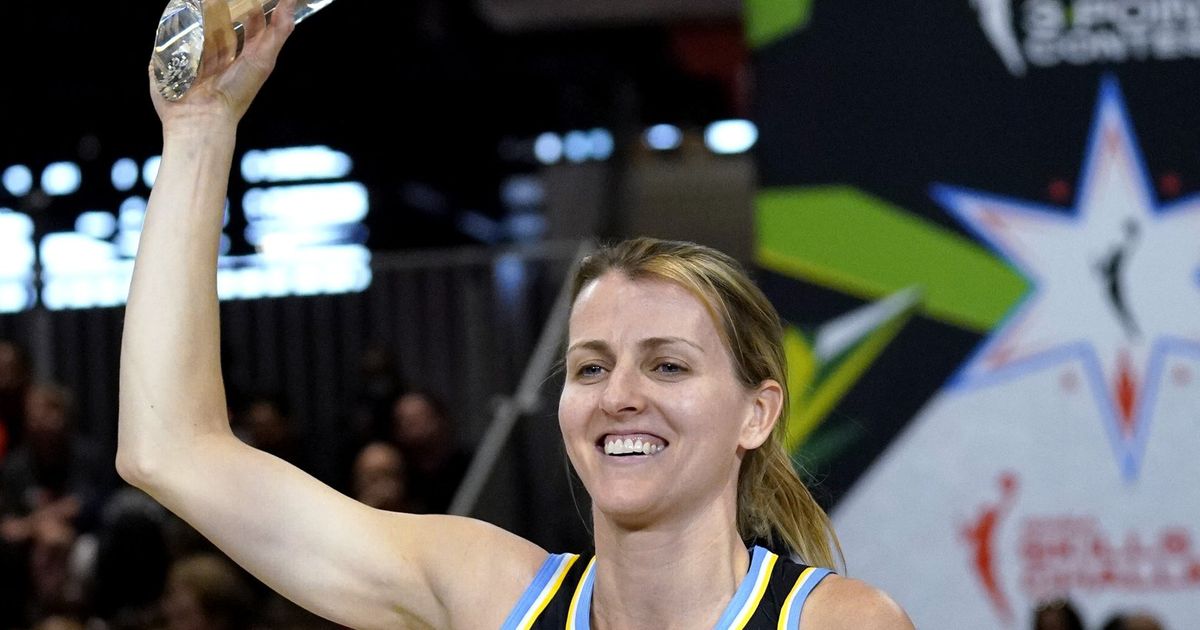 CHICAGO – The WNBA should consider renaming its 3-Point Contest the Allie Quigley Invitational.

The Chicago Sky star cemented her claim as one of the league’s all-time great shooters after a historic performance to win a record fourth 3-Point Contest on Saturday in front of an intimate crowd of supporters at McCormick Place.

No WNBA or NBA player has won the event more than three times.

“It’s definitely pretty cool to be in the history books with so many great shooters,” Quigley said. “Larry Bird, I don’t know who else, but Larry Bird is enough for me.”

“Make the first racket,” Quigley said when asked about her strategy. “And just keep shooting.”

Quigley came out firing and tallied 26 points, which was the highest score in the first round. She advanced to the second round along with Washington Mystics guard Ariel Atkins and Atlanta Dream rookie forward Rhyne Howard who each scored 24.

Loyd, who scored 18 points, has never advanced past the first round in her three appearances.

Quigley tabbed Howard as her biggest rival, but the first-time competitor admitted she succumbed to nervousness and had just 14 points in the final round after Atkins put up 21.

Then came Quigley who put on a show while tallying a record 30 points as the crowd exploded in excitement, including her wife Courtney Vandersloot and Sky teammate Candace Parker, who wore Quigley’s No. 14 DePaul jersey.

Last year, Quigley said she wouldn’t compete in the 3-Point Contest again, but changed her mind three weeks ago.

It remains to be seen if the 14-year veteran, who has hinted retirement, will return to the WNBA next year. However, she made it clear she’s not defending her 3-point title anymore.

When asked if the WNBA should rename the event in her honor, Quigley smiled and said: “If they want to do that, I’d be OK with it. … It would be cool, but they don’t have to do that.”

Brooks raced out to a sizable lead in the full-court obstacle course and Ionescu delivered the title with a three-pointer from the top of the key.

This year, the Skills Challenge format paired a WNBA player with a player from the Elite Youth Basketball League that’s participating in the 2022 Nike Nationals.

Police leader caught speeding: ‘I need to slow my butt down’

‘They thought they were multi-millionaires and then their…

Businesses are in a rush for tax clearance certificates as…