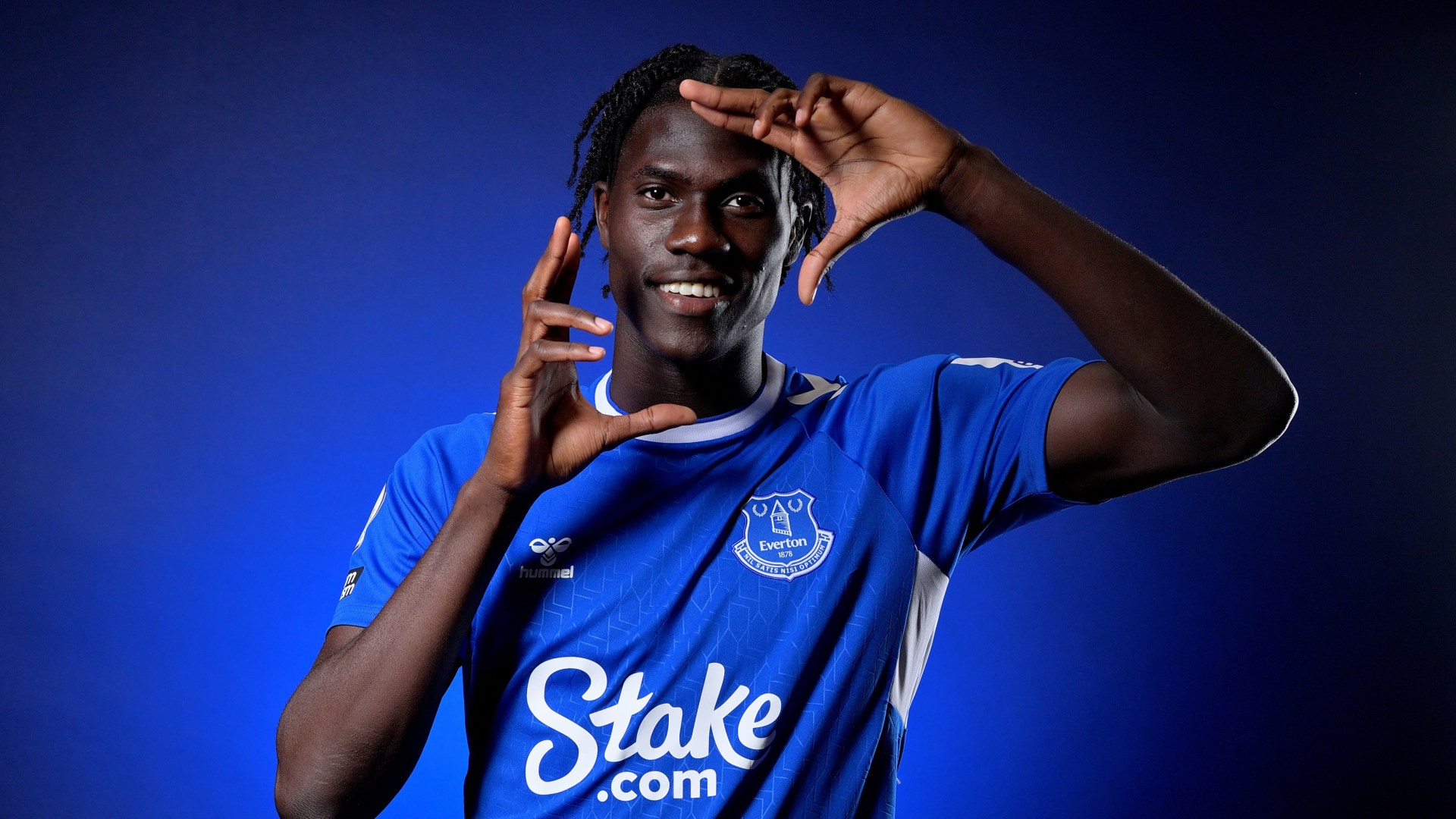 AMADOU ONANA joined Everton in a £33million deal – after a chat with Romelu Lukaku.

The Belgian midfielder, who looked set for a switch to West Ham, has arrived at Goodison Park from Lille on a five-year deal.

Lukaku, now back at Inter Milan after a disastrous return to Chelsea, spent four years at Everton before leaving for Manchester United in 2017.

Senegal-born Onana, 20, who made his senior debut for Belgium in the summer, said: “I know it is a big, big club. I know about the rivalry between Everton and Liverpool and I have heard about it from Rom. He told me all about the club.

“The relations between Belgians and this club have been successful so why not with me?

“I will give everything for the club and try to win as much as possible. I will give 100 per cent. The World Cup is a goal for me and I can only reach it if I play well here.

“I can play in every position in midfield as a holding midfielder or going forward as a number eight but wherever the coach needs me.”

Onana will wear the number eight shirt, the same as his hero, basketball legend Kobe Bryant.

He added: “I am a big, big fan of Kobe Bryant and of his work ethic. He wore the number 24, which I had before, and now the number eight. I am happy to have that one.”

Considering one of Europe’s most exciting talents, Onana added: “The manager was one of the big reasons. He played at the highest level, won many things and was a midfielder, too.

“It means a lot to have interest from him and I think he can teach me many things.”

Coady’s lad is having coaching sessions at Everton. The defender said: “My son loves Everton. He is over the moon.

“I feel privileged and lucky to have been given this opportunity. He was jumping up and down when I told him.

“It’s a proud moment and I’ll give my all every single day.

“I was desperate to come and play for this club. I have family and friends who are Evertonians.”

Coady, who will become part of a back-three under Lampard, added: “People pigeon hole you because we played a three at Wolves.

“But I am open to learning every day of my life. I have played in a four for my country and loved every moment of it.

“I’II try to talk and communicate as much as possible and prepare right for what’s to come at the weekend – because the most important thing for this club is winning games.”

Facebook gave teen’s DMs to cops prosecuting her for abortion

Take the plunge into 6 audiobooks perfect for a summer swim