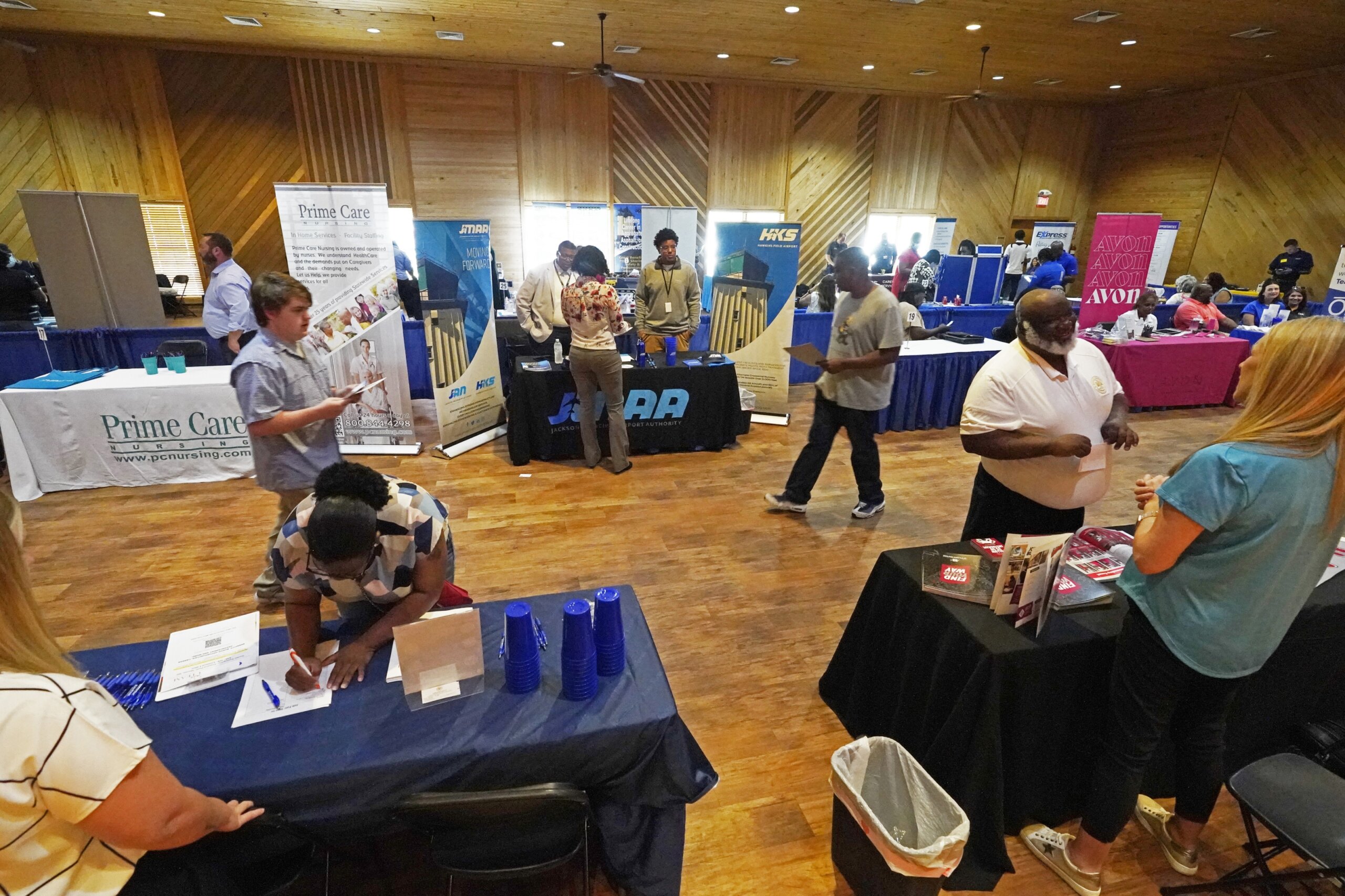 WASHINGTON (AP) — The number of Americans applying for unemployment benefits last week rose to the highest level in more than eight months in what may be a sign that the labor market may be weakening.

Analysts surveyed by the data firm FactSet expected the number to come in at 242,000.

The four-week average for claims, which smooths out some of the week-to-week volatility, rose by 4,500 from the previous week, to 240,500.

The total number of Americans collecting jobless benefits for the week ending July 9 rose by 51,000 from the previous week, to 1,384,000. That figure has been near 50-year lows for months.

Earlier this month, the Labor Department reported that employers added 372,000 jobs in June, a surprisingly robust gain and similar to the pace of the previous two months. Economists had expected job growth to slow sharply last month given the broader signs of economic weakness.

The unemployment rate remained 3.6% for a fourth straight month, matching a near-50-year low that was reached before the pandemic struck in early 2020.

The government also reported earlier in July that U.S. employers advertised fewer jobs in May amid signs that the economy is weakening, though the overall demand for workers remained strong. There are nearly two job openings for every unemployed person.

Consumer prices are still soaring, up 9.1% in June compared with a year earlier, the biggest yearly increase since 1981, the government reported last week.

The number of Americans applying for unemployment benefits last week hit its highest level in nearly 8 months, but the total number of those collecting benefits fell. The Labor Department also reported last week that inflation at the wholesale level climbed 11.3% in June from a year earlier.

All of those figures paint a divergent picture of the post-pandemic economy: Inflation is hammering household budgets, forcing consumers to pull back on spending, and growth is weakening, heightening fears the economy could fall into recession.

In an effort to combat the worst inflation in more than four decades, the Federal Reserve raised rates by a half-point in May and another rare three-quarter point increase last month. Most economists expect the Federal Reserve to jack up its borrowing rate another half-to-three-quarters of a point when it meets later this month.

Though the labor market is still strong, there have been some high-profile layoffs announced recently by Tesla, Netflix, Carvana, Redfin and Coinbase.

Biden: IBM investment to help in tech competition with China