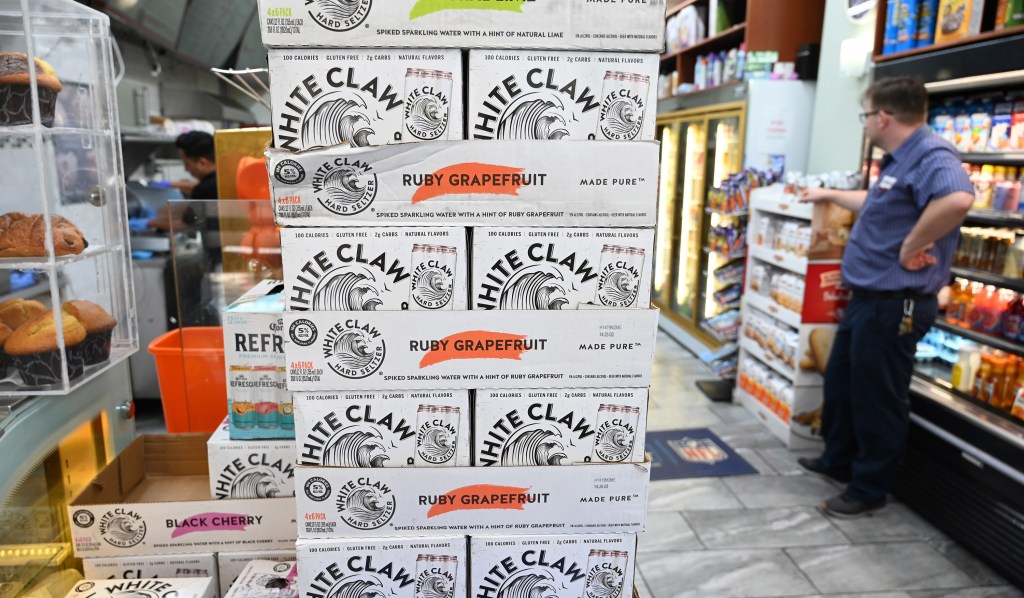 The arrival of COVID-19 and the societal disruptions that accompanied it understandably drove a lot of Americans to drink. But even as life has returned to more or less normal this year, the drinking binge has continued — which isn’t great news for anybody other than the makers and sellers of alcoholic beverages.

The consumer spending statistics compiled by the U.S. Bureau of Economic Analysis are the timeliest estimates of alcohol consumption available. They show November’s spending on alcoholic beverages, adjusted for inflation and seasonal spending patterns, to have been 3% higher than a year earlier and 15% higher than just before the pandemic. (1)

These statistics also show alcohol consumption in 2020 to have been the highest since 1990. Drinking declined sharply in the 1980s and 1990s, with hard liquor falling out of favor and beer consumption beginning a slower decline. The beer decline continues, but distilled spirits have made a big comeback.

There is clear evidence that more people are drinking too much. Deaths from alcohol-induced causes rose from 39,043 in 2019 to 54,258 in 2021, according to the Centers for Disease Control and Prevention, and the population-adjusted death rate is now more than double what it was in the 2000s.

The rise in drug-induced deaths has been much, much worse — going from 6.9 per 100,000 population in 1999, less than the alcohol-induced rate, to 33.8 in 2021. Provisional data also show an encouraging decline in alcohol-induced deaths in the first half of 2022, although that trend could change as final numbers become available. Even after the big increases of the past couple of years, U.S. alcohol consumption likely still lags that of many affluent countries, especially in Europe.

Of all the things one can worry about, then, America’s current drinking binge maybe shouldn’t be at the very top of the list. But it deserves more attention than it has been getting. The alcohol-induced deaths statistics understate the true toll: The CDC estimates that the number of deaths from cancer, heart disease, homicide and other causes that are attributable to excessive alcohol use is several times higher than the official alcohol-induced number, and over-imbibing has plenty of costs short of death.

One study published in the American Journal of Preventive Medicine estimated the cost of excessive drinking in 2010 at $249 billion in lost productivity, additional health care and other charges, an amount equating to $2.05 per drink or $807 per person. In 2019 a quarter of U.S. adults surveyed reported that they had engaged in binge drinking (four or more drinks within two hours for a woman and five or more for a man) in the past month, a share that has surely risen since. The increase in drinking since then has been most pronounced among women and Black Americans, which may concentrate and intensify some of the ill effects.

This calls for a government-policy response, and there’s a pretty obvious one at hand. Not prohibition, but a reversal of the decades-long easing of alcohol taxation. Because federal excise taxes on alcohol are charged by the gallon, not as a percentage of price, and haven’t changed since 1991, they’ve fallen a lot in real terms. By modestly increasing alcohol excise taxes now and indexing them to inflation for the future, Congress could discourage over-consumption and reduce the federal deficit by an estimated $114.1 billion over the next decade.

On a personal level, our appropriate responses will surely vary. I participated (as a consumer) in that cocktail and craft distilling revival, drank too much in 2020 and early 2021, cut back sharply after that and then increased my intake again this holiday season. I’m not sure yet if it’s going to be a dry January or a demi-sec one, but change is coming.

Most creepy iPhone setting needs to be adjusted