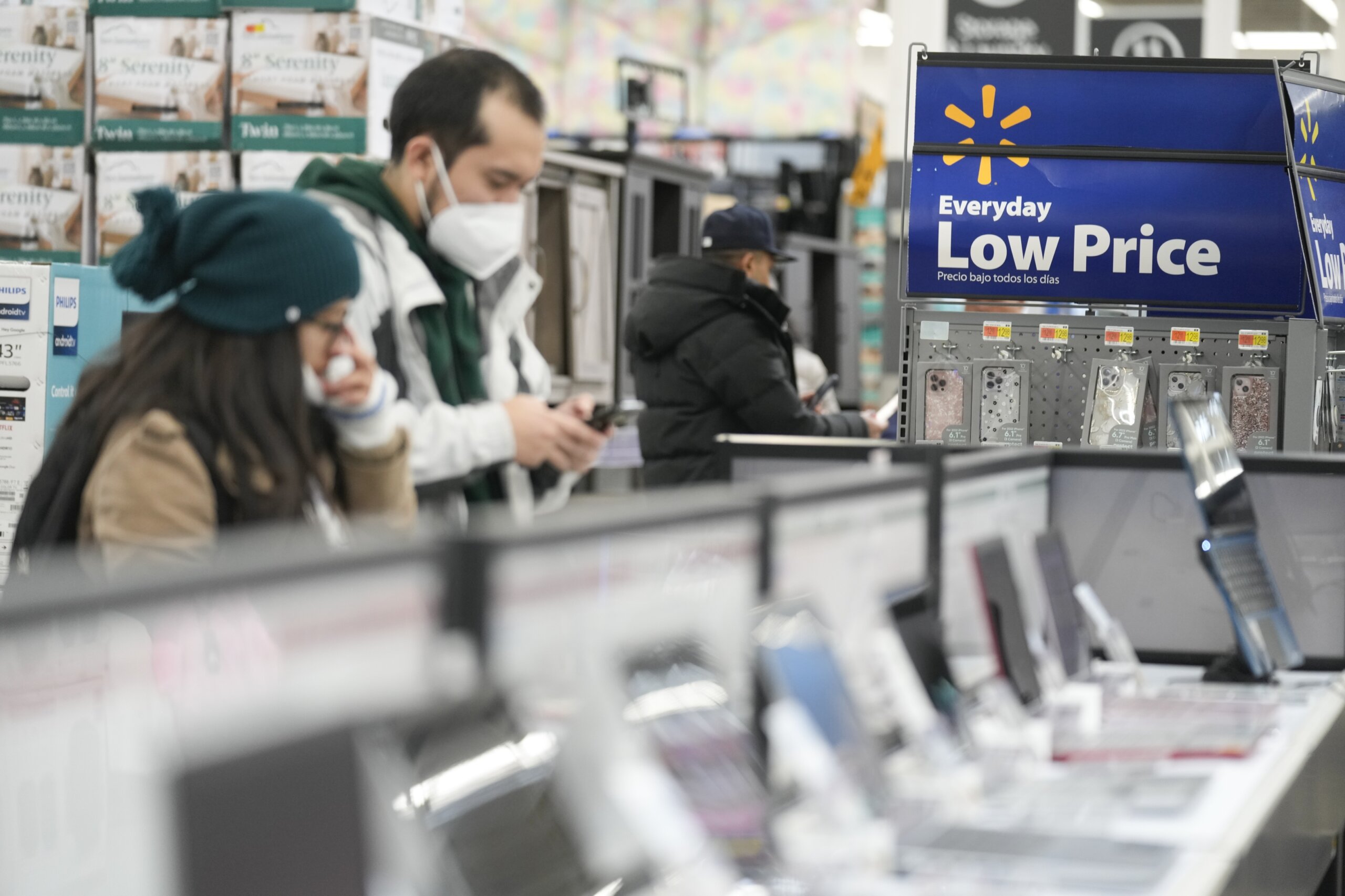 Thursday’s report from the Commerce Department showed that prices rose 6% in October from a year earlier.

WASHINGTON (AP) — A measure of inflation that is closely monitored by the Federal Reserve eased but remained at an elevated level in October, likely reinforcing the Fed’s intent to keep raising interest rates to cool the economy and slow the acceleration of prices.

Thursday’s report from the Commerce Department showed that prices rose 6% in October from a year earlier. That was the smallest increase since November 2021 and was down from a 6.3% year-over-year rise in September. Excluding volatile food and energy prices, so-called core inflation over the previous 12 months was 5%, less than the 5.2% in September.

On a month-to-month basis, prices rose 0.3% from September to October. For core prices, the increase was 0.2%.

The report also showed that consumers spent more in October, even after adjusting for inflation, a sign of their continued willingness to keep spending in the face of high prices. Spending increased 0.8% from September to October, or 0.5% after accounting for price increases. At the same time, after-tax income, adjusted for inflation, rose 0.4%.

Many Americans, though, are dipping into their savings to keep up with rising prices. The savings rate in October fell to 2.3%, the lowest level since 2005.

Responding to the worst inflation bout since the early 1980s, the Fed has raised its benchmark rate six times since March, and its past four hikes have each been by a hefty three-quarters of a point. The central bank is hoping to engineer the difficult task of bringing inflation down to its 2% annual target without causing a recession in the process.

In recent months, inflation has eased from the four-decade highs it reached earlier in the year. And most economists expect the Fed’s aggressive tightening to further slow prices.

“We expect to see a lot more good news on inflation over the coming months,” Paul Ashworth, chief North America economist at Capital Economics, wrote in a research note.

On Wednesday, Fed Chair Jerome Powell said in a speech that the central bank could slow its rate hikes to a half-point increase when it next meets in two weeks — a message that s ent cheers through the financial markets. Yet at the same time, Powell made clear that the policymakers intend to keep their key rate, which affects many consumer and business loans, at a high level for a prolonged period.

The Fed’s series of aggressive rate increases have made borrowing costs sharply more expensive across the economy. The housing market, in particular, has been hammered by a doubling of mortgage rates from a year ago: Sales of previously occupied homes have dropped for nine straight months. Many economists expect the United States to fall into a recession next year as the effects of those costlier loan rates take root.

Yet in the meantime, the overall economy is showing signs of surprising durability. On Wednesday, the government estimated that the economy grew at a solid 2.9% annual rate from July through September. The job market, the most important barometer of economic health, remains robust. Employers have added a healthy average of 407,000 jobs a month so far this year, and unemployment remains near a half-century low.

The Fed is believed to monitor the inflation gauge that was issued Thursday, called the personal consumption expenditures price index, even more closely than it does the government’s better-known consumer price index. The government has reported that the CPI rose 7.7% October from 12 months earlier, down from June’s 9.1% year-over-year increase, which had been the biggest such jump in four decades.

The PCE index tends to show a lower inflation level than CPI. In part, that is because rents, which have soared, carry double the weight in the CPI that they do in the PCE.

The PCE price index also seeks to account for changes in how people shop when inflation jumps. As a result, it can capture, for example, when consumers switch from pricey national brands to cheaper store brands.