Ana Montes, who spied for Cuba in “one of the most damaging” espionage cases in U.S. history, released from prison 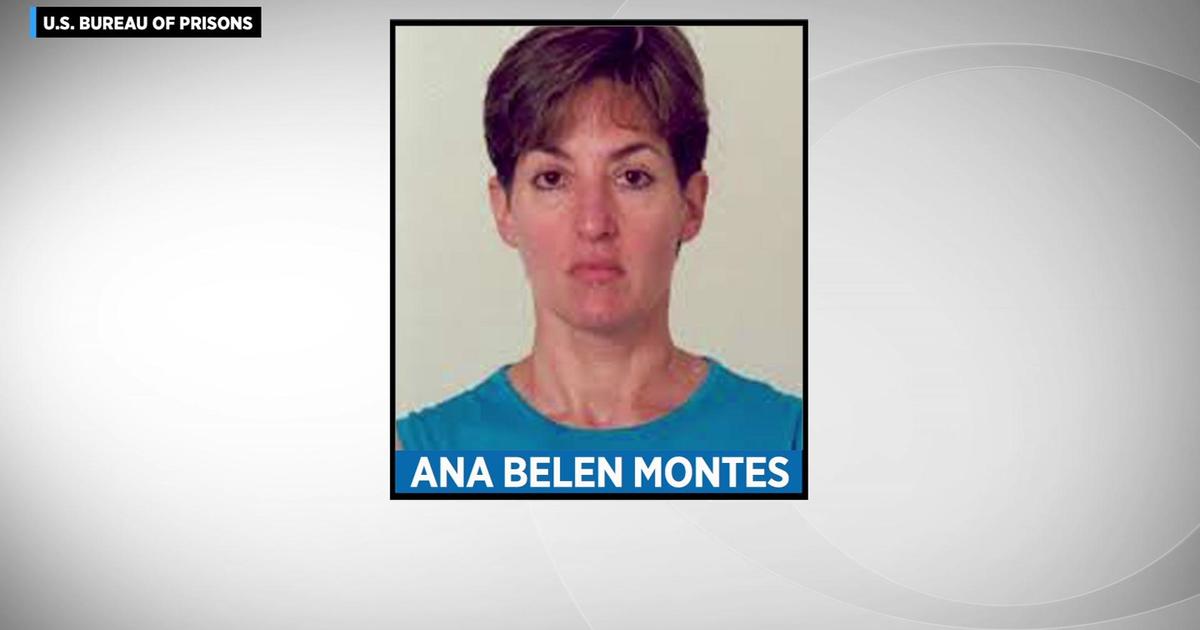 Ana Montes, a former analyst for the Defense Intelligence Agency, the U.S. military’s spy arm, walked free from a federal prison in Fort Worth, Texas, on Friday after more than 20 years behind bars.

Montes spied for Cuba for 17 years, revealing the identities of the United States’ undercover intelligence officers and its highly sensitive collection capabilities, until her arrest in 2001. By day, she was the Defense Intelligence Agency’s senior Cuba analyst. At night, she typed up pages and pages of government secrets that she had memorized, passing them to Cuban intelligence.

Michelle Van Cleave, who was head of U.S. counterintelligence under President George W. Bush, told Congress in 2012 that Montes was “one of the most damaging spies the United States has ever found.”

Her spying took place around the same time that Robert Hanssen and Aldrich Ames spied for the Soviet and Russian intelligence services while they worked for the FBI and CIA, respectively. (Both are serving life sentences in prison.) But Montes’ case was somewhat different. Hanssen and Ames took large sums of money for their spying and physically removed classified materials from their agencies.

Montes was instead motived by ideology. Her decision to spy was based in part on her hostility toward President Ronald Reagan’s policies on Latin America, especially U.S. support of the Nicaragua Contras, according to a heavily redacted report from the Defense Department’s inspector general.

Montes was recruited by Cuban intelligence in 1984, when she was approached by a fellow student at the School of Advanced International Studies at Johns Hopkins University after she expressed her outrage about U.S. actions in Nicaragua. The student was an access agent — someone who recruits spies — and introduced her to a Cuban intelligence official under the guise that they needed Spanish language news articles about Nicaragua translated into English. At dinner in New York City, Montes “unhesitatingly agreed to work through the Cubans to ‘help’ Nicaragua,” the inspector general’s report said.

She then began her espionage career with a secret trip to Cuba, where she received training from Cuban intelligence. By the end of 1985 she was working at the U.S. Defense Intelligence Agency — possibly at the direction of the Cubans — where she had access to top secret information.

In the following years, Montes met with her Cuban handlers every few weeks at restaurants around Washington, D.C. She visited pay phones to send coded messages to pagers used by the Cubans. She received her orders from numeric messages transmitted over shortwave radio. She also took the risk of traveling to Cuba to meet with people there.

As Montes climbed the career ladder and received a number of accolades for her work, the FBI got a tip about a U.S. government employee who appeared to be spying for the Cubans, leading the bureau to eventually begin investigating Montes, according to a 2013 Washington Post story.

She was arrested days after the Sept. 11, 2001, terrorist attacks as the Defense Intelligence Agency shifted its focus to Afghanistan and the director did not want to risk Montes passing along the Pentagon’s war plans.

Pete Lapp, one of the FBI agents who investigated and arrested Montes, said she was stoic during her arrest.

“I believe she had planned for that day, if it happened, for 17 years,” Lapp told CBS News.

The arrest was humiliating for Montes’ family, some of whom worked for the FBI. In a statement, they said she “committed treason” against the U.S. and none of them were aware of her espionage at the time nor supported her position.

“We continue to disavow what she did and any statements she has made or may make,” the family said ahead of her release.

Lapp, who is writing a book on Montes, declined to say where she is going after her release “out of respect for the family.” But he doesn’t expect her to put her newfound freedom in jeopardy by trying to get in contact with the Cubans.

“That part of her life is over,” Lapp said. “She’s done what she’s done for them. I can’t imagine her risking her liberty.”

Caitlin Yilek is a digital producer for CBS News. Reach her at [email protected] Follow her on Twitter: https://twitter.com/hausofcait