Analysis: Why Sunday’s game between Seahawks and Jets is a rookie showcase 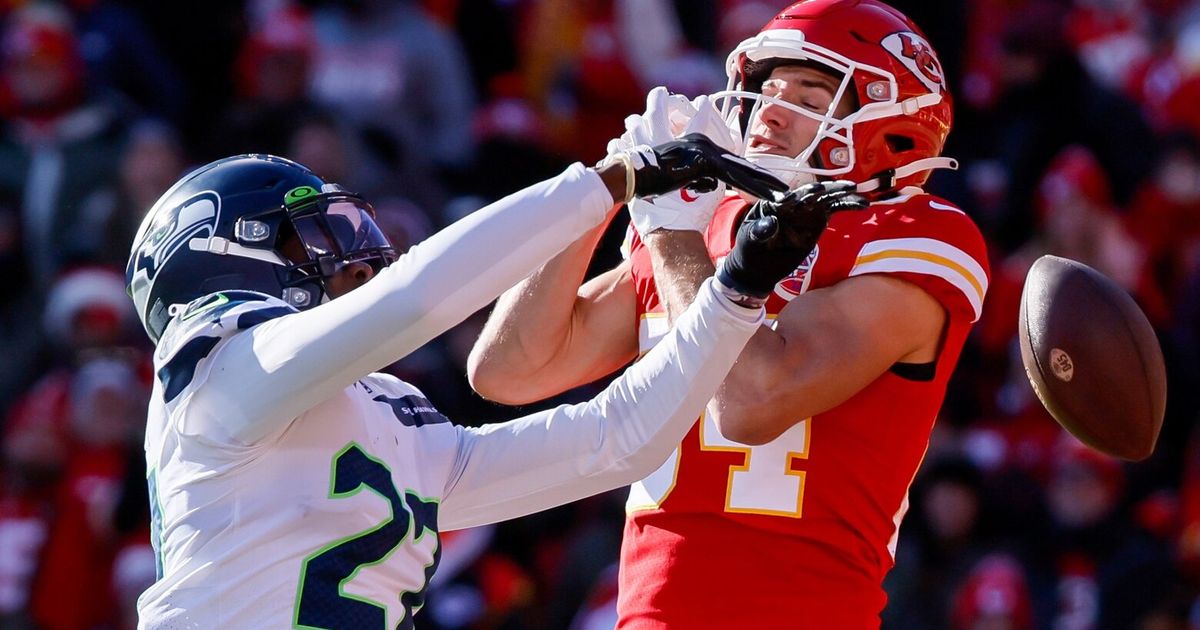 Individual awards pale in comparison to all else when the playoffs are still on the line, as they will be for the Seahawks and Jets Sunday at Lumen Field.

But, neither team would likely still be alive if it weren’t for the contributions of a quartet of rookies — one on offense and one on defense for each side — who enter the final two weeks of the year considered as favorites for the league’s Rookie of the Year awards.

For Seattle running back Kenneth Walker III and cornerback Tariq Woolen, the game will mark a chance to try to state their own case on the same field against New York receiver Garrett Wilson and cornerback Ahmad “Sauce” Gardner, who for the moment are considered the likely winners.

In fact, both Wilson and Gardner are pretty prohibitive favorites, according to BetOnline. Wilson has odds of 10/17 to win the offensive award and Gardner 1/15.

But both Walker and Woolen are in the top three. Walker is second for the offensive award at 7/2 and Woolen third on defense at 14/1, behind Detroit defensive end Aidan Hutchinson, who is second at 9/1.

And both Walker and Woolen saw their odds get a little better after impressive performances in Saturday’s 24-10 loss at Kansas City.

Walker had his third-highest yardage total of the season with 107 yards on 26 carries while Woolen allowed just two receptions for 11 yards against Patrick Mahomes and the No. 1 offense in the NFL, while also showing off his impressive instincts, length and speed when he raced deep to bat down a pass in the end zone intended for Justin Watson in the first quarter.

“It’s just another remarkable play,” Seahawks coach Pete Carroll said Monday. “There’s quite a few of them during the course of the year. That’s why he’s been recognized as he has, as a Pro Bowl guy. He’s just made a ton of plays, and there’s so many more out there for him, too, which is just what’s so exciting about it.”

As for Walker, he gained 91 yards on 17 carries in the final two quarters after getting a little bit of talking-to from Carroll that he needed to simply be more decisive and pick a hole and hit it.

Walker turned in two 20-yard runs as well as two others of 11 and 9 yards as the Seahawks outgained the Chiefs 235-116 in the second half.

“He’s just growing,” Carroll said Monday. “He’s an incredible player, and we have to allow him to be instinctive or you’re going to make him like everybody else. So, we have to find the fine line, and then we have to coach him, too. We have to help him. We felt like it was worth — let’s see if we can get a little bit more direct approach to hitting the line of scrimmage and see what happens.  We felt like that’s the change we needed, like he might be looking a bit.”

Woolen and Walker are hardly alone in being Seattle rookies to make a significant impact this year — left tackle Charles Cross, right tackle Abraham Lucas and cornerback Coby Bryant have all played starting roles most/all of the season, and linebacker Boye Mafe has also been a regular in the rotation.

But Walker and Woolen are getting most of the attention for awards. And that makes it a good time to see how they stack up against the two Jets players whey will come face-to-face with Sunday.

First, a look at the two offensive ROY candidates on the field Sunday:

Wilson: Wilson, the 10th overall pick out of Ohio State, leads all rookies with 71 receptions for 996 yards and also has four touchdowns despite playing for a relatively offensively-challenged team that has seen three different quarterbacks start games, including Mike White, who is expected to start Sunday. Interestingly, Wilson wasn’t even necessarily the top offensive rookie on his own team for much of the season. That was running back Breece Hall, a second-round pick out of Iowa State, taken at 36 overall, five spots before Walker. But after gaining 463 yards in seven games and averaging 5.8 per carry, Hall suffered a season-ending knee injury. Wilson has been a relative model of consistency, especially considering the Jets’ QB issues, with 78 or more yards in six of the Jets’ last eight games and with four or more catches in seven of the last eight games. The only other rookie WR close to him in production is his former Ohio State teammate, Chris Olave of the Saints, who has 63 catches for 940 yards.

Walker: A preseason hernia injury and playing behind Rashaad Penny meant Walker had just 58 yards in the first four games of the season. But getting healthy and an injury to Penny meant Walker had to take over the bulk of Seattle’s rushing duties. He has 745 yards since Oct. 9. His 803 yards for the season are third among all rookie RBs behind the 939 of Houston’s Dameon Pierce and 817 of Atlanta’s Tyler Allgeier. But where Walker stands out is his nine rushing TDs — five more than any other rookie RB. Pierce also is now on IR with an ankle injury and out for the season, so Walker could end up as the leading rusher this season among all rookies.

Now, the two defensive ROY candidates on the field Sunday.

Gardner: Gardner, the fourth overall pick out of Cincinnati where he was a teammate of Bryant’s, has started all 15 games for the Jets. He has two interceptions, which pales in comparison to the six of Woolen, which is the most of any rookie in the NFL and tied for the most of any player in the NFL. But Gardner leads the NFL with 16 pass breakups (Woolen has 14). And cornerbacks are not judged solely on stats but by what they don’t allow. And according to Pro Football Focus there has been no better corner in the NFL this year — he is rated first of 121 graded corners this week. Gardner also has PFF’s best coverage grade of any corner and has allowed a passer rating of just 50.2. “Gardner isn’t just the best rookie cornerback in the NFL this season; he’s arguably the best cornerback in all of football,” PFF wrote this week. Gardner typically lines up on the left side, generally considered the more challenging side to play with most quarterbacks being right-handed — unlike Woolen, who lines up on the right side — and doesn’t usually travel with a receiver with the Jets also getting solid CB play out of former Seahawk D.J. Reed on the right side. Any Gardner matchup this week with DK Metcalf, though, will be one to watch.

Woolen: As noted, Woolen has the better of Gardner when it comes to interceptions. But via PFF, Gardner has allowed just one touchdown — and that in the second game of the season — while Woolen has allowed five. And according to PFF, Gardner also has allowed just 27 receptions for 285 yards — and only four for 46 in the last four games — while Woolen has allowed 31 receptions for 460 yards overall. PFF ranks Woolen 24th out of all corners this week. But maybe Woolen can get the better of any matchups with Wilson and make a move in the rookie of year race.

Tripledemic: flu and RSV infection rates drop in latest CDC report, as COVID is on the rise