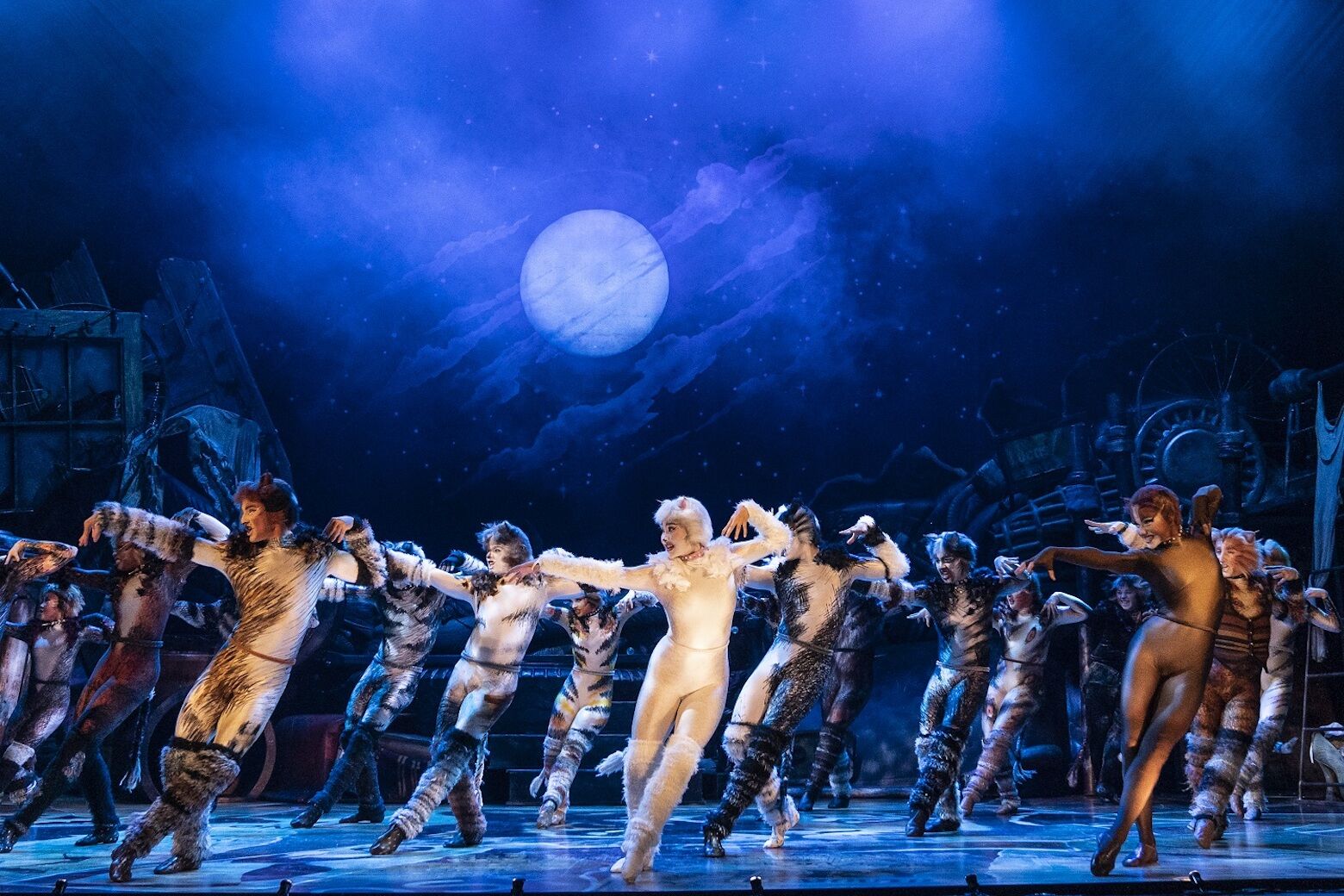 Silver Spring, Maryland, native Michelle E. Carter grew up seeing shows at National Theatre in D.C. Now, she takes the stage herself in the national tour of “Cats.”

Growing up in Silver Spring, Maryland, Michelle E. Carter was a fan of National Theatre.

Now, she takes the stage herself in the national tour of “Cats” from Tuesday to Sunday.

“I grew up coming into D.C. I saw shows at the National; I saw shows at the Kennedy Center,” Carter told WTOP. “It’s really important and really special to me to be able to bring this show that I’ve been with for two years home to everyone that I care about.”

Based on T.S. Eliot’s 1931 poetry collection “Old Possum’s Book of Practical Cats,” the story follows a tribe of London cats called the Jellicles. On this night, they gather to make the “Jellicle Choice,” deciding which cat will ascend to the Heaviside Layer to be reborn.

“It is actually a very cool story if you can manage to find it when you’re watching it,” Carter said. “All of these neighborhood cats, who form this clan that come together every year, come together on one night a year. It’s sort of the equivalent of their Kitty Christmas, if you will, to see who will be picked by the tribe’s leader to ascend to this higher level.”

Carter plays Jennyanydots, one of the many unique cats, including Rumpleteazer, Rum Tum Tugger, Skimbleshanks, Mungojerrie, Old Deuteronomy and, of course, Grizabella.

“Other shows at the time were these big dance musicals where the ensemble dances backup to the leads,” Carter said. “‘Cats’ is truly an ensemble piece. The entirety of every single dancer is working towards telling the story on stage. There are no backup parts. … An entire ensemble of 30-whatever people in unitards was new for Broadway at the time.”

In addition to the detailed feline costumes, the urban backdrops envelop audiences into a gritty back-alley vibe bathed in moonlight and filled with oversized junkyard objects.

“It was one of Broadway’s first truly immersive pieces of theater where the audience was invited in to bear witness to this night,” Carter said. “The lighting really immerses you into the junkyard. … We have life-size Coca Cola bottles, we have Pepsodent bottles, we have radiators, we have tires, we have a big paint can that’s life-size that we get to play with.”

“Grizabella has been with this tribe for a long time and has fallen on really tough times in her life and she comes back yearning to be accepted again and sings this heartbreaking song of yearning, begging them that if no one accepts her, this will be her last night on earth,” Carter said. “She’s messed up in her life, but she needs them, she’s begging them.”

The 1981 West End production won two Olivier Awards, including Best New Musical. The 1982 Broadway show won seven Tonys, including Best Musical, breaking the record of “A Chorus Line” as the longest-running Broadway show. Today, it ranks fourth behind “The Phantom of the Opera” (1988), the revival of “Chicago” (1996) and “The Lion King” (1997).

“The intention was for it to be the rundown streets of London, but the really cool thing about ‘Cats’ is that it’s very interpretive,” Carter said. “That’s part of the reason why it’s existed for 40 years. People in their minds can transform it into whatever they want. You see the junkyard and you say, ‘Oh, this could be in New York, this could be in D.C.”

Listen to our full conversation here.

Girl Scouts just added a new cookie to the roster