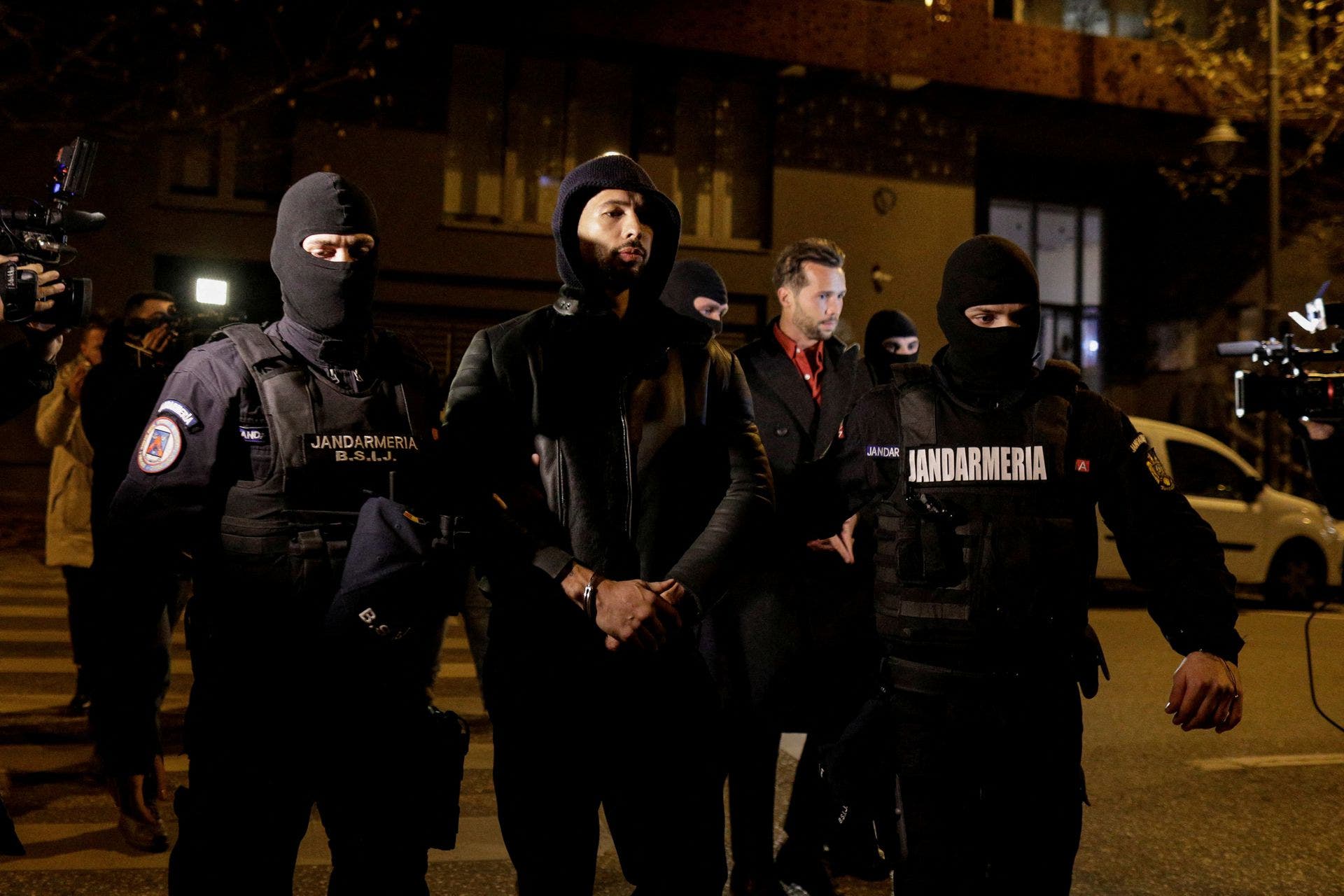 Internet personality and former kickboxer Andrew Tate and his brother were detained by police in Romania on Thursday on suspicion of human trafficking, rape, and forming an organized crime group, according to reports.

Reuters reported that Romanian prosecutors confirmed that Tate and his brother Tristan Tate were detained and will remain so for 24 hours with two other suspects from Romania.

Andrew Tate and Tristan Tate are escorted by police officers outside the headquarters of the Directorate for Investigating Organized Crime and Terrorism in Bucharest (DIICOT) after being detained for 24 hours, in Bucharest, Romania, December 29, 2022.
(Reuters)

Prosecutors from the anti-organized-crime unit issued a statement on the matter after raiding Tate’s and other’s properties in Bucharest.

“The four suspects … appear to have created an organised crime group with the purpose of recruiting, housing and exploiting women by forcing them to create pornographic content meant to be seen on specialised websites for a cost,” prosecutors said. “They would have gained important sums of money.”

The two brothers have been under investigation for criminal activity since April, Reuters reported.

Andrew Tate and Tristan Tate are escorted by police officers outside the headquarters of the Directorate for Investigating Organized Crime and Terrorism in Bucharest (DIICOT) after being detained for 24 hours, in Bucharest, Romania, December 29, 2022. Inquam Photos/Octav Ganea via REUTERS
(Reuters)

According to the allegations, prosecutors said six women claimed to have been sexually exploited by the suspects.

“…I have a very traditionally masculine life. I have fast cars and a big house and a lot of money and a beautiful girlfriend, and they thought this was very, very threatening,” Tate told Carlson. “And for some reason, they decided that it’s better if they annihilate me from the internet and replace me with somebody who’s more aligned with whatever they’re trying to purport.”

Tate has been accused of sexism and drawing criticism from the Left after advocating for traditional gender roles.

Tate also got into a spat with climate activist Greta Thunberg this week on Twitter after boasting that he had 33 cars with “enormous emissions.” Thunberg responded by telling Tate to get a life.