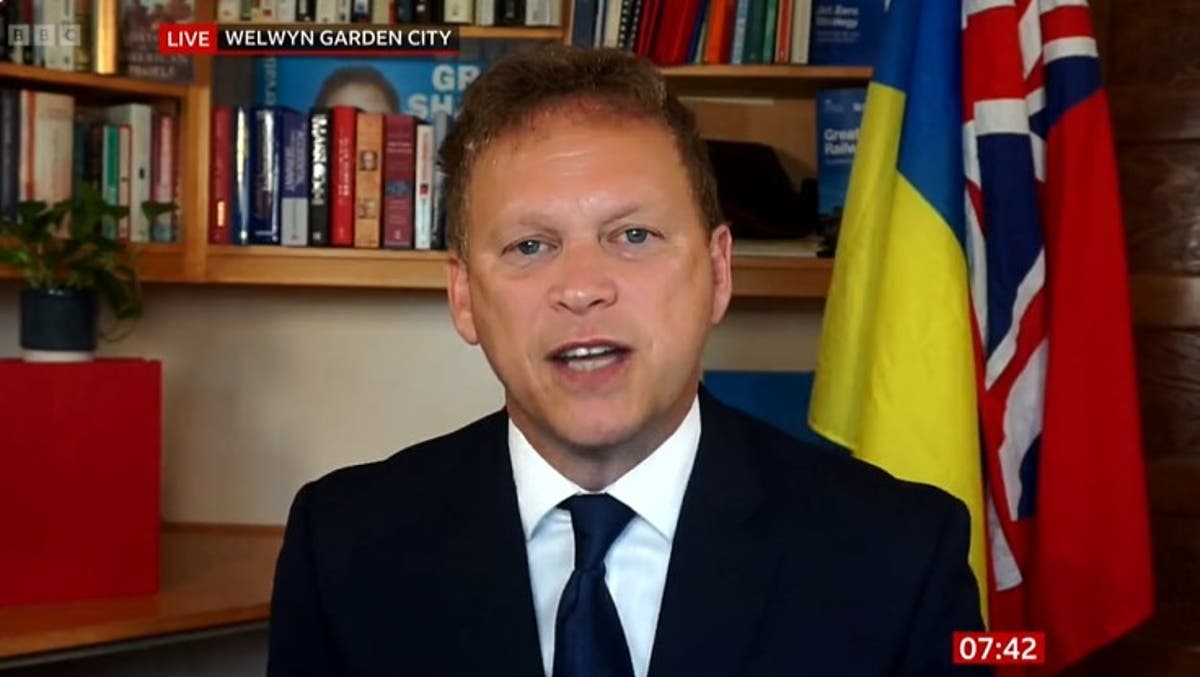 Manchester mayor Andy Burnham has criticised transport secretary Grant Shapps for not knowing the number of trains from the capital to the northwest hub on Avanti West Coast’s current reduced schedule.

The transport secretary told BBC Breakfast presenters that there were “four trains an hour” between London and Manchester, when there is currently one per hour.

“I can’t believe I’m watching this. What hope do we have when the Transport Secretary doesn’t know the details of the reduced timetable he signed off?” said Mr Burnham, posting a video of Mr Shapps being questioned.

“And, by extension, this means [Mr Shapps] is unaware of the misery he has inflicted on millions of passengers. Nowhere near good enough,” he added.

In the clip, Mr Shapps corrects presenter Charlie Stayt, who has said there is one train per hour between the cities, insisting that there are four hourly trains on Avanti’s present schedule.

Mr Stayt replies that there is currently one train an hour on this route. Mr Shapps says: “All I can tell you is there are still trains running down the west coast mainline.”

Avanti West Coast recently reduced its number of hourly services on the London-Birmingham-Manchester route from three per hour to one per hour.

Mr Shapps appeared to blame the blunder on Mr Stayt’s question about “direct trains”, saying “Do you mean trains that stop at other stations? I’m not quite sure of your definition.”

He suggested that Mr Stayt “may be getting confused” about Avanti’s emergency timetable for strike dates. Avanti’s amended timetable will run from 14 August until at least 9 September, the operator says.

It blamed the cuts on “unofficial strike action”, as well as staff shortages due to illness.

“This is due to the current industrial relations climate, resulting in severe staff shortages through increased sickness, as well as unofficial strike action by Aslef members,” read a statement from the company.

Typically Avanti West Coast relies on 250 drivers per day working on their rest days – covering around 400 passenger trains. The number of volunteers was consistent.

But sources say that literally overnight, the number of drivers working rest days dropped dramatically – by almost 90 per cent. This is thought to be the “unofficial strike action” the operator has pointed to when making the cuts.

In a follow-up tweet, Mr Burnham pointed Mr Shapps to the National Rail enquiries website, showing how he had managed to check the number of hourly trains on the route.

The Independent has approached the Department for Transport for comment.

What’s next for Ashok Gehlot, now ruled out as Congress…