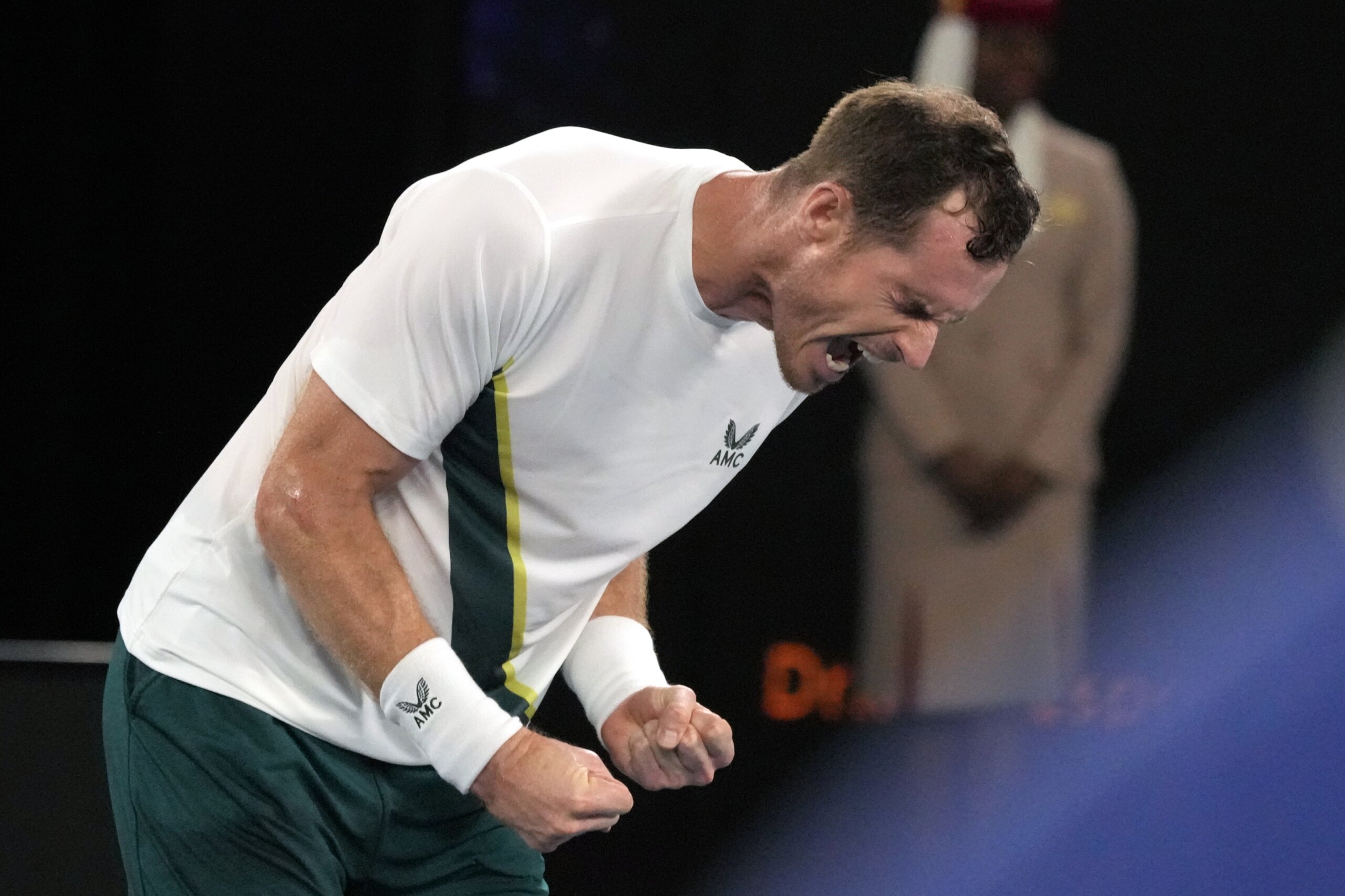 Murray built a huge lead, let it disappear completely, then needed to save a match point against Matteo Berrettini — who is nearly a full decade younger and ranked more than 50 places higher — before managing to pull out a 6-3, 6-3, 4-6, 6-7 (7), 7-6 (10-6) triumph across more than 4 1/2 epic hours on Tuesday in the Australian Open’s first round.

“The last few years, I’ve certainly questioned myself at times. There’s certainly a lot of people (who) questioned me and my ability, whether I could still perform at the biggest events and the biggest matches,” said the 35-year-old Murray, a former No. 1 now ranked No. 66. “I felt very proud of myself after the match. That’s not something that I generally felt over the years at the end of tennis matches.”

This was the three-time major champion’s first defeat of a top-20 opponent at a Grand Slam tournament since 2017. That was before Murray thought he would need to retire — and even was given a career send-off at Melbourne Park in 2019, when he exited in the first round a year after his first hip operation.

After a second surgery inserted an artificial hip, Murray decided to try to continue playing. This sort of evening was likely what he had in mind when he pressed on — and when he spent three weeks in Boca Raton, Florida, practicing under the tutelage of coach Ivan Lendl during the offseason.

“I’ve put a lot of work into the last few months with my team to give me the opportunity to perform on stadiums like this, in matches like this, against players like Matteo,” Murray told a crowd that roared with approval for him. “And it paid off tonight.”

Oh, yes, what a performance it was, filled with the sort of grit that defined much of Murray’s time on tour, that carried him to championships at the U.S. Open in 2012 and at Wimbledon in 2013 and 2016 and to two Olympic singles gold medals.

Murray is also a five-time runner-up at Melbourne Park, with four losses in the final to Novak Djokovic and one to Roger Federer.

“He’s a great champion. I said it so many times,” said Berrettini, an Italian who is one of the players chronicled in the new “Break Point” Netflix docuseries. “Personally, was great to play with that atmosphere against him. Just a great match. Unfortunately it didn’t go my way.”

The night session matches that followed in Rod Laver Arena couldn’t possibly equal the intensity and drama. First came a 7-6 (8), 4-6, 6-1 win for the No. 2-seeded woman, Ons Jabeur, over Tamara Zidansek, followed by nine-time champion Djokovic’s 6-3, 6-4, 6-0 defeat of Roberto Carballes Baena in his return to the Australian Open after being deported from the country a year ago for not being vaccinated against COVID-19. In a match that ended after 1 a.m., the second-seeded man, two-time major finalist Casper Ruud, got past Tomas Machac 6-3, 7-6 (6), 6-7 (5), 6-3.

Djokovic received a loud and warm reception when he entered the court from fans who chanted his nickname and waved dozens of Serbian flags.

There were moments Tuesday when Murray played as he did a long time ago, diving to hit a volley before slamming to the blue court — scraping his right leg — or sprinting to somehow reach seemingly unreachable shots, then looking up into the stands at Lendl and shaking a fist while yelling, “Let’s go! Come on now!”

Murray raced through the first two sets in less than 1 1/2 hours before the big-hitting, big-serving Berrettini turned things around and took the match to a fifth, even coming within one point of victory at 5-4 in that set but faltering and flubbing an easy backhand.

By beating the 13th-seeded Berrettini, who was the runner-up at Wimbledon in 2021, Murray became only the fifth man in the Open era with 50 match wins at the Australian Open, joining Djokovic, Federer, Rafael Nadal and Stefan Edberg.

They played under a closed roof at Laver because of temperatures that soared up to 100 degrees Fahrenheit (38 degrees Celsius) and caused suspensions of play that lasted hours in matches on smaller courts that can’t be covered. Later, a rainstorm came, creating another pause in the action, and several matches were halted in progress, with plans to resume on Wednesday.

This was the most-anticipated match of the afternoon session and lasted so long it finished after 7 p.m. local time, most definitely living up to the hype.

“Some of the tennis at the end was really good,” Murray said. “It felt like that playing; I don’t know what it looked like.”

Murray and Berrettini concluded with the first-to-10-points, win-by-2 tiebreaker formula that all Grand Slam events adopted for the fifth sets of men’s matches and third sets of women’s. Murray said it was his first experience with that relatively new format.

Make no mistake: He was far better in that decisive section of the match, jumping out to leads of 5-0 and 8-3. It ended in a bit of anticlimactic fashion: Murray’s service return clipped the net cord and trickled over for a winner.

“Just a bit lucky at the end,” said Murray, who next will meet Thanasi Kokkinakis or Fabio Fognini. Their match was suspended for the night with Kokkinakis five points from winning.

Murray has wondered aloud whether all of the work he put in to get back to a level of play that satisfied him was worth it.

“I need to give myself some credit, because the last few years have been tough,” Murray said. “I’ve lost a few of those matches, those type of matches, in the Slams the last couple years.”

He arrived in Australia having lost in the first or second round in seven of his nine most recent Grand Slam appearances. The other two ended in the third round.

For now, this one continues.