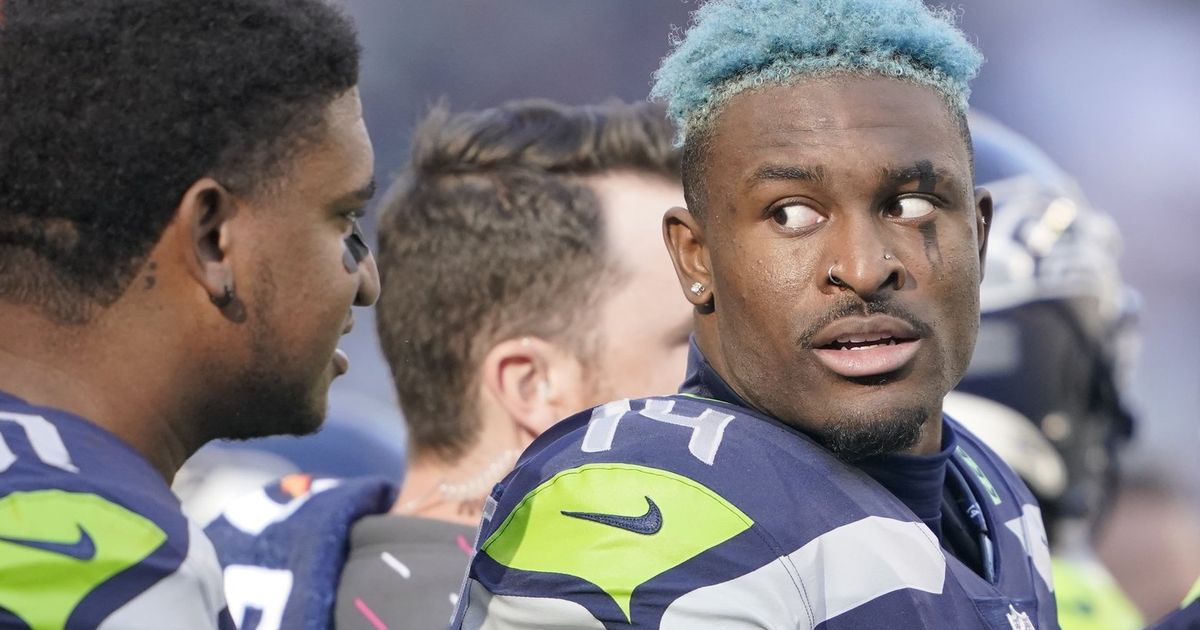 And so it begins.

The Seahawks embark on their 47th season Tuesday when players report for training camp, with the first practice set for Wednesday.

Here’s a look at a few questions that could get answered over the next few days as players report and camp begins.

The now fourth-year receiver has been in talks with the team throughout the offseason on an extension, as he enters the final year of his rookie deal.

The expectation remains that it is likely to get done at some point early in camp. But it might not be done right as camp begins. The Seahawks have often waited until a few days into camp to get major extensions done — or even longer in the case of Jamal Adams last year, who didn’t sign until Aug. 17.

Metcalf is thought likely angling for a deal at least on par with the one the Eagles gave A.J. Brown, his Ole Miss teammate who is also entering his fourth year in the NFL — four years at up to $100 million overall with just over $56 million guaranteed.

The Seahawks undoubtedly know that’s what it will likely take to get it done, as well. But sometimes other factors — such as when and how bonuses are paid out and how much of future year salaries are guaranteed — can also take a little while to work out.

Could Metcalf not report and hold out?

That Metcalf stayed away from mandatory minicamp — with the team stating it was an unexcused absence and with indications the Seahawks were caught off guard that he didn’t attend — means it can’t be ruled out.

However, players who hold out are subject to a fine of $50,000 per day, under terms of the league’s collective-bargaining agreement, which took effect last year. Fines for players on their rookie contracts, such as Metcalf, can be waived. The team could also waive the roughly $93,000 that Metcalf could have been fined for holding out of minicamp. However, it’s known the Seahawks have not waived fines for players who held out in the past, such as Kam Chancellor and Earl Thomas.

That players can be fined for holding out is why what’s called a “hold in” — where a player reports and attends meetings and other activities but does no on-field work that might risk injury until the contract is signed — has become more common. Adams did that last year, for instance, as did Bobby Wagner in 2019.

A report Monday from Ian Rapoport of the NFL Network indicated the two sides are making progress, stating that Metcalf and the Seahawks “have been in talks” and that the Seahawks “want to get him paid, as well.”

For now, the wait continues.

Will Chris Carson be cleared to practice?

The Seahawks hoped Chris Carson, a running back who had cervical-fusion surgery in December, would be able to take part in OTAs and minicamp in the spring. When he was not cleared, coach Pete Carroll ominously hinted that Carson might not be able to play again, saying: “We’re trying to fight that off and he knows that. He’s battling. He’s doing everything he can and he wants to compete all the way until the last word, and so he’s going for it.”

The uncertainty over the future of Carson, who played just four games last season, was a major factor in Seattle drafting Ken Walker III in the second round to add a backup and complement to Rashaad Penny.

At least some clarity will come over the next day or so as all players will take physicals heading into camp. One option is that Carson could be placed on the Physically Unable to Perform list if he cannot practice. Players who go on that list can come off it at any time before 53-man rosters being set. Players who are on the list after rosters are set must miss at least four games.

What other injury issues are worth watching?

Other players who sat out OTAs and minicamp due to injury include guard Gabe Jackson, cornerback Tre Brown, safety Marquise Blair and linebackers Ben Burr-Kirven and Jon Rhattigan. All were dealing with knee issues. As with Carson, any and all could be placed on the PUP list if not yet ready.

Also worth watching will be the status of safeties Adams and Quandre Diggs. Each took part in walk-throughs during minicamp and were said to be on track to be ready for camp following injuries last season — Adams had shoulder surgery in December and Diggs suffered a broken fibula and dislocated ankle in the final game of the season.

Also worth noting is that Walker, cornerback Coby Bryant and edge rusher/linebacker Boye Mafe have yet to sign their rookie contracts.

The Choco Taco Is Gone For Good – CBS Philly