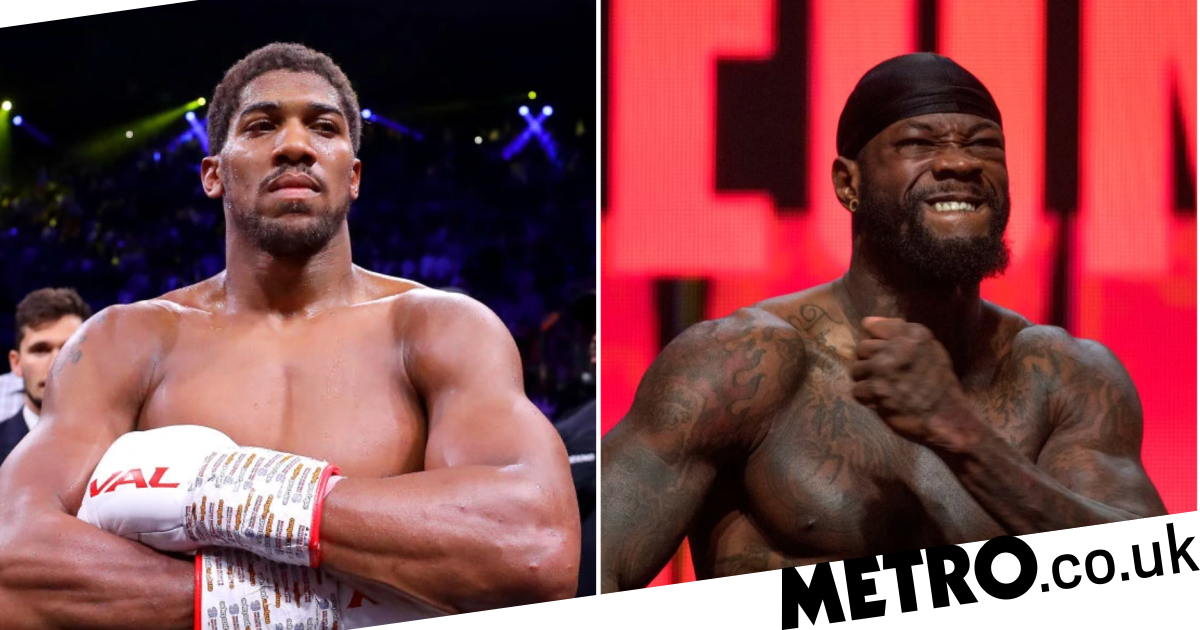 Boxing delivered some big nights in 2022 with Tyson Fury knocking out Dillian Whyte in front of 90,000 at Wembley, Saul ‘Canelo’ Alvarez made to look human against the sublime Dmitry Bivol with Katie Taylor and Amanda Serrano making history at Madison Square Garden.

But as is ever the case, there were too many fights that failed to materialise. Meanwhile, there are new blossoming rivalries primed to come to a head in the new year.

So what does 2023 have in store? Putting aside the fights we pray are too close to being confirmed to be considered for a wishlist like Tyson Fury vs Oleksandr Usyk and Ryan Garcia vs Gervonta Davis, Metro.co.uk considers some of the fights that simply must happen… and a couple we hope to avoid.

A fight that has been over six years in the making is now perfectly primed to take place in 2023. With all four belts tied up between Tyson Fury and Oleksandr Usyk, Joshua vs Wilder represents the biggest fight in heavyweight boxing – possibly even bigger than that undisputed fight itself.

After damaging defeats to Usyk and Fury, both men need a huge victory to haul themselves back into that world title picture. A rematch between Joshua and Dillian Whyte is certainly tempting, but we will take this one over anything else.

Yes, Josh Warrington would no longer be bringing a world title to the table after losing his IBF strap to Luis Alberto Lopez this month. But Wood vs Warrington still represents perhaps the liveliest domestic dust-up that can take place on these shores.

Whether it is in Leeds, Nottingham or maybe even natural territory, we are envisaging a night quite like the one in Manchester when Warrington and Carl Frampton brought the house down in 2018.

After this month’s defeat, Warrington would perhaps have to accept being the B-side when it comes to negotiations with Wood, who is now recognised as the WBA’s sole world champion after the ‘super’ belt was held hostage by Leo Santa Cruz.

Here we are again. Boxing has still failed to deliver perhaps the most compelling 50-50 fight in the sport and after some particularly sour negotiations fell through in the second half of 2022, this might be one that makes next year’s list too.

For now, we can live in hope. Manny Pacquiao and Floyd Mayweather Jr eventually got a deal across the line in 2015 – the biggest welterweight fight since then deserves the same treatment.

Like the two boxing legends, WBC, WBA and IBF champion Spence and WBO king Crawford will inevitably face questions over their legacy until they finally throw down.

Already a three-weight champion, the next challenge is carrying that absurd power up to super-bantamweight where Stephen Fulton reigns supreme as WBC and WBO king. Inoue should be granted mandatory challenger status as soon as he makes the move official.

Can Lomachenko still hang with the best the lightweight division has to offer? At 34, the double Olympic gold medallist, a three-weight world champion and former pound-for-pound no1 is slowing down.

While the Ukrainian got the win against Jamaine Ortiz last time out in New York, the Ukrainian looked hittable, almost beatable. But while the clock might be ticking for him, it will be for Haney too.

The undefeated, undisputed lightweight champion is huge for the 135lbs division and is fully aware the longer the fight takes to be confirmed, the more difficult it will be for him to make weight. It’s one of the best fights of 2023 on paper. But it needs to be made soon.

Dmitry Bivol has made it clear a rematch with Saul ‘Canelo’ Alvarez, who he outclassed in May, simply doesn’t measure up to the chance to unify the light-heavyweight division.

Few would argue with him. The WBA champion will be a very interested observer when WBC, WBO and IBF king Beterbiev takes on mandatory challenger Anthony Yarde in London in January. The Russian, who still holds that ludicrous 100 per cent knockout record, is the favourite to defend the titles and set up an almighty showdown with Bivol later in the year.

Yarde can wreck those plans should he become world champion at the second time of asking and force his way into undisputed picture. A long-awaited showdown with fellow Londoner Joshua Buatsi would’ve be a bad alternative in that scenario either.

Ones we don’t want…

Canelo’s desire to get back in against Bivol and avenge what was only the second defeat of his career is understandable. But is there any need for it?

Simply put, the first fight was a mismatch, with Canelo unable to operate at that size. A repeat at 175lbs would likely produce the same result and asking Bivol, a natural light-heavyweight, to come down to 168lbs to challenge for Canelo’s undisputed crown would be a disappointing and transparent attempt to weaken the Russian.

Bivol’s focus should and likely will be on unification at light-heavyweight while Canelo will have no shortage of takers at super-middle and remains the biggest draw in the sport regardless of who he takes on. Time to move on.

Despite two crushing defeats to ‘The Gypsy King’, Deontay Wilder is now just a win away from becoming Tyson Fury’s mandatory challenger.

After his first-round knockout win over Robert Helenius, Wilder could next meet Andy Ruiz Jr in a final eliminator in a fight ordered by the WBC, with the winner earning the right to fight Fury for the belt.

Wilder or Ruiz would likely face a wait for their title shot with the IBF and WBA ahead of the WBC in the queue for mandatory title shots. And of course, there is the small matter of Fury vs Oleksandr Usyk. But Fury vs Wilder for a fourth time remains a real possibility.

The brutal third contest last October was a fight of the year candidate, but that is not a reason to do it again.

For more stories like this, check our sport page.