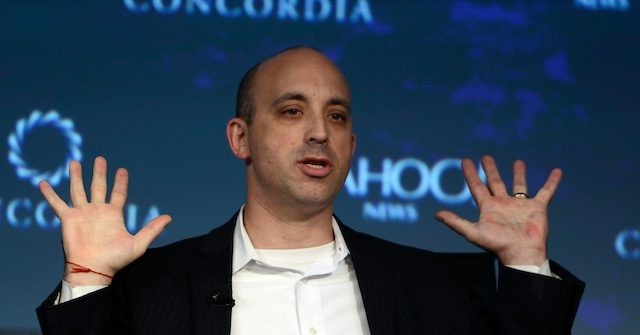 The Anti-Defamation League (ADL) will review its education materials provided in bias training for K-12 education after evidence of Critical Race Theory and other radical left-wing ideologies, such as “intersectionality,” was found.

Critical Race Theory is the idea that white supremacy pervades all U.S. institutions and American society. “Intersectionality” is the idea that supposedly “oppressed” groups must support one another — a concept that has led a variety of left-wing groups to embrace the anti-Israel cause, which often crosses the boundary into antisemitism. (Jews, ironically, are excluded from “intersectionality.”)

The ADL was founded as a Jewish civil rights organization, but has lately veered into left-wing politics under CEO Jonathan Greenblatt, a former Obama administration official.

Fox News Digital conducted an investigation that showed the ADL’s materials repeated left-wing propaganda on race, including exercises on “white privilege” and reparations for slavery.

Like school districts that have been caught teaching Critical Race Theory, the ADL denied that it does so. However, it admitted that it was “far from perfect,” and announced that it would review materials that it said were “misaligned” with the organization’s values.

Critics, however, allege that the materials are entirely in line with the ADL’s left-wing values under Greenblatt, as noted by Jonathan S. Tobin of the Jewish News Syndicate:

What Fox discovered was entirely consistent with the organization’s actions and decisions in the years since Jonathan Greenblatt took over as CEO replacing longtime leader Abe Foxman. Greenblatt has helped shift the ADL from its former stance as the nonpartisan gold standard for monitoring hate to being just another liberal activist group whose priority is helping the Democratic Party—something that makes sense for a former staffer in the Clinton and Obama White Houses. Rather than being “misaligned,” endorsements of CRT teachings are very much aligned with the way the ADL has made it a priority to stay in sync with fashionable radical ideas about race and to avoid being tagged as a bastion of Zionist privilege by their left-wing allies.

The ADL has long been primarily interested in attacking anti-Semites on the far-right that it tries to link to Republicans and conservatives while downplaying the way left-wing anti-Semites have taken over academia and gained acceptance in popular culture and the left-wing of the Democratic Party. But the content of school curricula in their hate-education program speaks to the way these ideas have become integral to the ADL’s core business model and seem in line with much of the material that is routinely tweeted out by the @ADL_education Twitter account.

As Breitbart News has reported over the years, Greenblatt and the ADL desperate Black Lives Matter together with antisemitic organizations, backing a statement that called for the leadership of the movement to be black.

Earlier this year, the ADL changed the definition of “racism” on its website after Breitbart News and other pointed out that the definition was actually racist against white people.

Balmoral Castle: Where is it, how to get there, and can you visit it? Liz Truss visit to the Queen at Balmoral