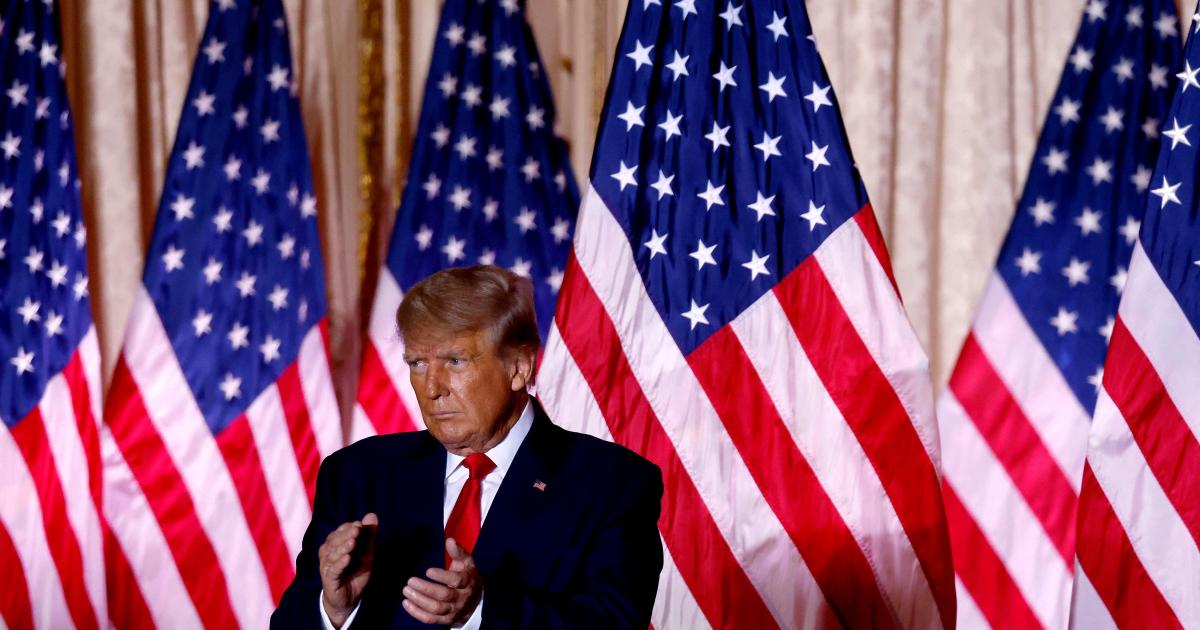 Washington – A three-judge federal appeals court panel in Atlanta ruled that the special master review process that oversaw the Justice Department’s use of non-classified evidence collected earlier this year at Donald Trump’s Florida residence must end.

The unanimous decision from the U.S. Court of Appeals for the 11th Circuit reversed the decision of Judge Aileen Cannon, a federal judge from Florida who granted Trump’s request for the review and appointed semi-retired federal Judge Raymond Dearie of New York as an independent arbiter, or special master, to sift through the documents for any that may be subject to claims of privilege by the former president.

That decision also barred investigators from using the roughly 13,000 documents taken from Mar-a-Lago, Trump’s resort, during the execution of a search warrant on Aug. 8 for investigative purposes. A separate appeals court decision from September permitted the Justice Department to use more than 100 documents with classified markings it seized for its investigation into Trump’s alleged mishandling of sensitive documents, and Thursday’s subsequent decision grants the government full access to the evidentiary record.

Trump can now ask the full 11th Circuit to rehear the case or appeal the decision to the Supreme Court.

“The law is clear. We cannot write a rule that allows any subject of a search warrant to block government investigations after the execution of the warrant. Nor can we write a rule that allows only former presidents to do so,” Chief Judge William Pryor and Judges Britt Grant and Andrew Brasher said in their 23-page opinion. “Either approach would be a radical reordering of our caselaw limiting the federal courts’ involvement in criminal investigations. And both would violate bedrock separation-of-powers limitations.”

Pryor was appointed to the 11th Circuit by former President George W. Bush, while Grant and Brasher were named by Trump.

The opinion from the 11th Circuit wipes away Cannon’s order appointing the special master and sends the case back to the lower court with instructions for it to be dismissed.

“This appeal requires us to consider whether the district court had jurisdiction to block the United States from using lawfully seized records in a criminal investigation,” the judges wrote. “The answer is no.”

Trump first asked Cannon to appoint a special master to review the seized documents in late August, two weeks after the FBI conducted the search of his office and storage room at Mar-a-Lago. Prosecutors say they are conducting a national security investigation into those and other sensitive documents retrieved from the Florida resort after Trump left office, and possible obstruction of that probe.

When issuing her original order appointing the special master, Cannon wrote that Trump faced an “unequitable potential harm by way of improper disclosure of sensitive information to the public,” but criminal investigators rarely — if ever — release seized evidence to the public unless criminal charges are filed. The Justice Department has repeatedly argued the entire process was premature and unnecessary.

The former president’s legal team has said Cannon’s order appointing a special master was not appealable and claimed that Trump deemed the records he brought to Mar-a-Lago as “personal” while he was still in office, a designation allowed under the Presidential Records Act (PRA).

“It is simply untenable to conclude any president may be subject to a criminal charge for exercising the unfettered rights set forth in the PRA to categorize certain documents as ‘personal’ during that president’s term of office,” they told the 11th Circuit in filings.

But the 11th Circuit noted that even if Trump did designate the document as “personal,” search warrants authorize the seizure of such records.

“As we have said, the status of a document as personal or presidential does not alter the authority of the government to seize it under a warrant supported by probable cause,” the judges wrote.

Claims of attorney-client privilege have mostly been resolved by the two parties, but Trump argued some of the seized records belong to him in a personal capacity as the former president. His legal team has said the documents he brought to Mar-a-Lago must be considered “presumptively privileged” by the courts and shielded from the criminal investigation until the independent review concludes.

Throughout the appeal, prosecutors remained opposed to Trump’s reading of the law, writing in part that he cannot assert executive privilege to preclude review of executive branch documents by the executive branch itself.  The Justice Department also argued that Cannon overstepped when she issued her September injunction barring the FBI from using the seized material for investigative purposes.

A three-judge panel heard oral arguments in the dispute last week, during which they appeared open to the Justice Department’s position that Cannon wrongly appointed the special master to review the seized documents and erred when she issued her injunction.

Thursday’s ruling comes after Attorney General Merrick Garland last month appointed a special counsel to oversee the Justice Department’s investigation into Trump’s handling of government records, as well as the department’s probe into his efforts to subvert the results of the 2020 presidential election.