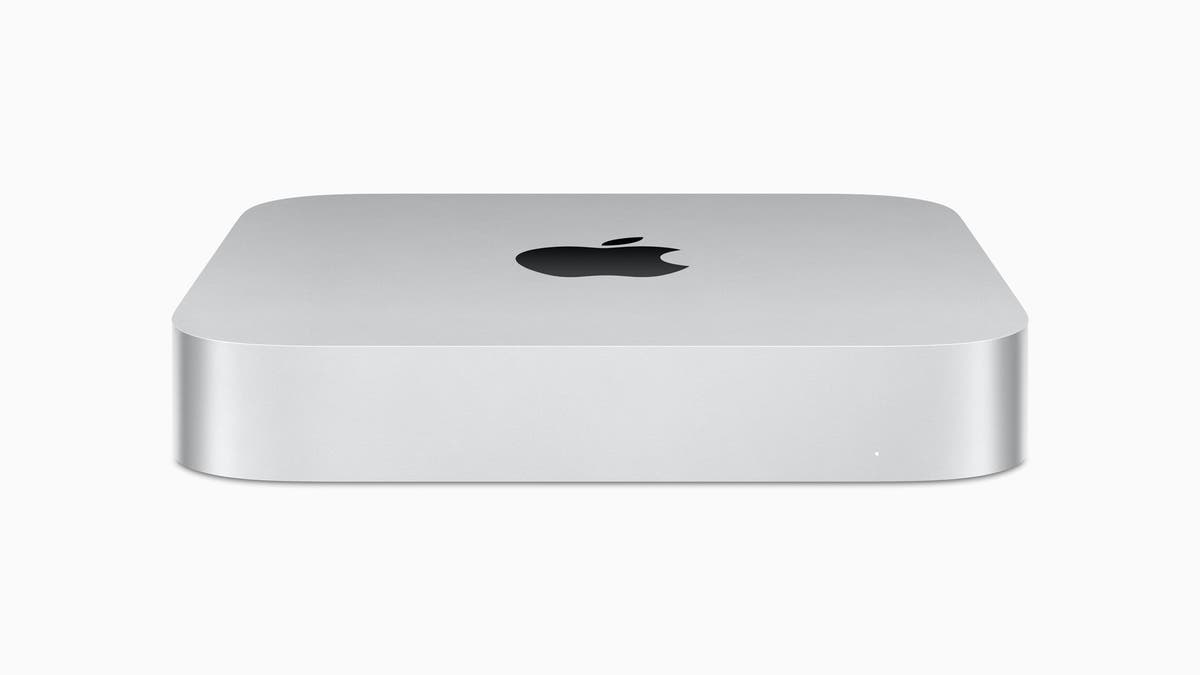 pple has upgraded the Mac Mini with a faster processor and yet chopped £50 off the price of the new device, bucking the trend for tech price hikes.

The new Mac Mini and the revamped MacBook Pros both feature various grades of Apple’s M2 processors, giving them a significant speed boost over the previous M1 models, according to Apple.

The latest version of the Mac Mini comes with either the M2 or M2 Pro chip, boosting the power available to Apple’s tiny, silent desktop. Apple claims the M2-based Mac Mini is 2.4x faster at transcoding video in Final Cut Pro than the old M1 version and offers 35 per cent faster gameplay (presumably frame rates) in Resident Evil Village. Step up to the M2 Pro, however, and that Final Cut Pro performance is boosted to 4.2x faster, while Resident Evil Village jumps to 2.8x faster.

The processor is not the only component to get an upgrade. The Mac Mini now has two Thunderbolt 4 ports, which climbs to four for the M2 Pro model. The M2 Pro model is also capable of supporting an 8K screen for the first time, although they are rare and seriously expensive.

All versions of the Mac Mini also get support for Wi-Fi 6E, which could mean faster, more reliable Wi-Fi for people with a compatible router.

The base version of the Mac mini with the M2 processor starts at £649, a £50 drop on the price that the M1 Mac mini launched at. If you want the more powerful M2 Pro version, you’re looking at £1,399.

The MacBook Pro 14in and 16in laptops also get the M2 treatment. Here the options are between M2 Pro and M2 Max processors. The Max versions can now support a whopping 96GB of memory, although you’ll pay an almighty premium for that.

The performance gains here are more modest, with Apple claiming the M2 Max offers around 20 per cent greater performance than the M1 Max, which was already fast enough to cope easily with pretty much any application you could throw at it, and then some.

Apple has boosted the battery life in the MacBook Pro models, too, now claiming up to 22 hours, which means you will never need to bother taking the charger with you if you’re working away from home or the office for a day. The laptops get Wi-Fi 6E support, too.