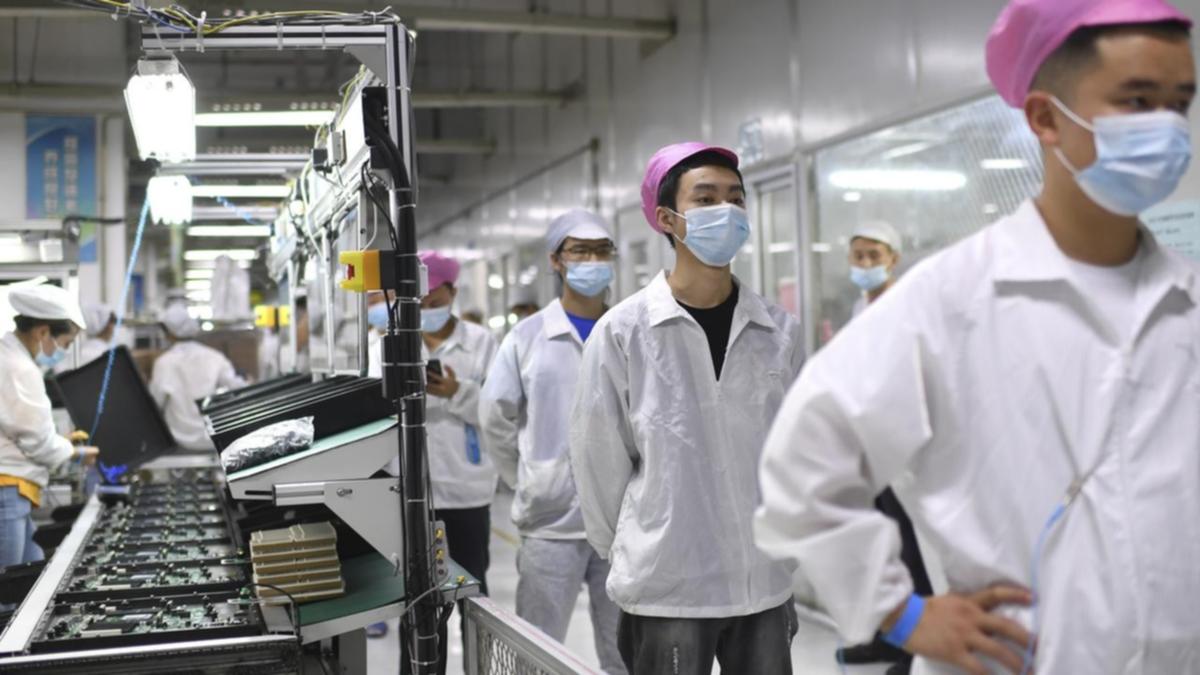 The Zhengzhou plant has been grappling with strict COVID-19 restrictions that have fuelled discontent among workers over conditions at the factory.

Production of the Apple device was disrupted ahead of Christmas and January’s Lunar New Year holidays, with many workers either having to isolate to combat the spread of the virus or fleeing the plant.

Following the November unrest that saw workers clash with security personnel, Foxconn could have seen more than 30 per cent of the Zhengzhou site’s November production affected, Reuters reported last month citing a source familiar with the matter.

Foxconn hasn’t disclosed details of the impact of the disruption on its production plans or finances.

Analysts say Foxconn assembles around 70 per cent of iPhones, and the Zhengzhou plant produces the majority of its premium models including iPhone 14 Pro.

“The capacity is now being gradually resumed” with new staff hiring under way, said the person with direct knowledge of the matter. The person declined to the named as the information was private.

“If the recruitment goes smoothly, it could take around three to four weeks to resume full production,” the person said, pointing to a period around late December to early January.

Foxconn and the local government are working hard on the recruitment drive but many uncertainties remain, according to the source.

The person cited “fears” some workers might have about working for the company after the plant was hit by protests last month that sometimes turned violent.

“We are firing on all cylinders on the recruitment,” the person said.

A second Foxconn source familiar with the matter said the company is hoping to resume full production “as soon as possible” but was not able to give a timeline.

“The situation has stabilised,” the person said, referring to the protests and the government’s easing of COVID restrictions. “The local government is actively helping with the resumption.”

Foxconn is scheduled to release November revenue after market close on Monday.

The Taiwanese company said last month it expects a slight decline in fourth-quarter revenues year-on-year for its smart consumer electronics business, which includes smartphones, and significant growth for cloud and network products.

Foxconn shares closed flat, in line with the broader market which ended up 0.1 per cent.