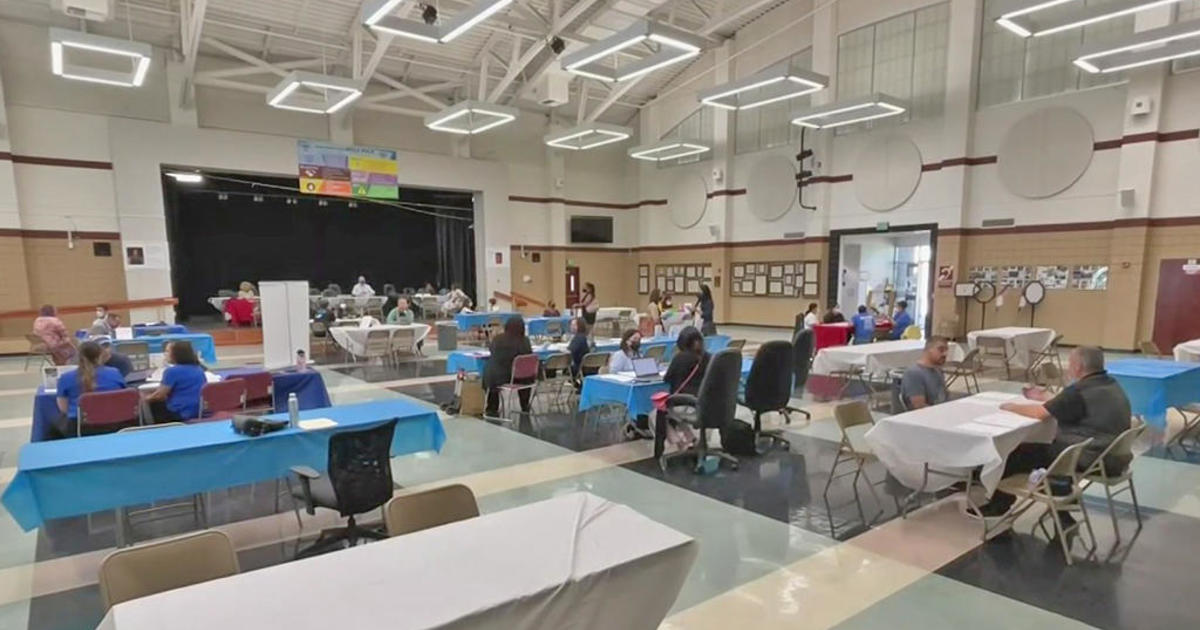 RICHMOND (KPIX) — The pandemic has been a catalyst for change in all areas of life and nowhere is that more apparent than in education. On Saturday morning, the West Contra Costa County Unified School District hosted a job fair as they try to rebuild their workforce from the ground up.

In the WCCCUSD alone, more than 200 teachers and staff members are gone as a result of the pandemic. Some were forced out by economics, others lured away by new possibilities.

“I think it was just an opportunity for people to realize they can do other things and people are just making different choices, I guess,” said Janet Scott, the district’s director of classified personnel.

At the job fair at Dejean Middle School in Richmond, it was more of a trickle than a flood but administrators were finding that most of the new applicants have never worked in the schools before.

That’s the case for Mary Vargas, an El Cerrito wedding and event planner who feels drawn to teaching by the importance of the job.

“I have school-age children and it’s so important, the role of being a teacher, and I think it encouraged me that I would be a good fit for it,” Vargas said. “And there’s definitely a need there. I want to help the next generation of kids.”

Carina Saltiga had a more practical ambition.  After having her own child, she’s hoping to skip the daily commute and find a school office job that will keep her closer to home.

“I’m a young mom and I would like to have more time to be able to keep an eye on my child so I don’t want to miss those opportunities, basically,” she said. “It will work better for me and my husband.”

For Lance Winston, it was about returning home.  He said he’s hoping to become a coach and perhaps teach history or social studies at one of the schools he attended. He knows what he’s looking for in the classroom.

“Somebody like me,” he said. “I struggled in reading and writing and there were teachers here that took a very specific interest in me. Now, you want to go back home and you want to give all the experience back to the young generation.”

That’s music to the ears of Dr. Sylvia Greenwood, who heads up the district’s certificated teachers.  They’ve suffered great losses in the teaching ranks so it means a lot when former students return to take their place.

The pressure is on.  The district needs to fill as many positions as possible by the time school resumes Aug. 16. In addition to  teachers, the district is looking for classified staff, from office workers to food service, groundskeeping and janitorial staff. They’ll hold two more job fairs on the next two Saturdays, July 23 and 30 from 10 a.m. to 1 p.m.

Country Matters: Birds of magic and mystery could sing once again

Colorado legislators, activists to speak out against social studies standards…