Area 51: What is mysterious object spotted on the secretive US base? 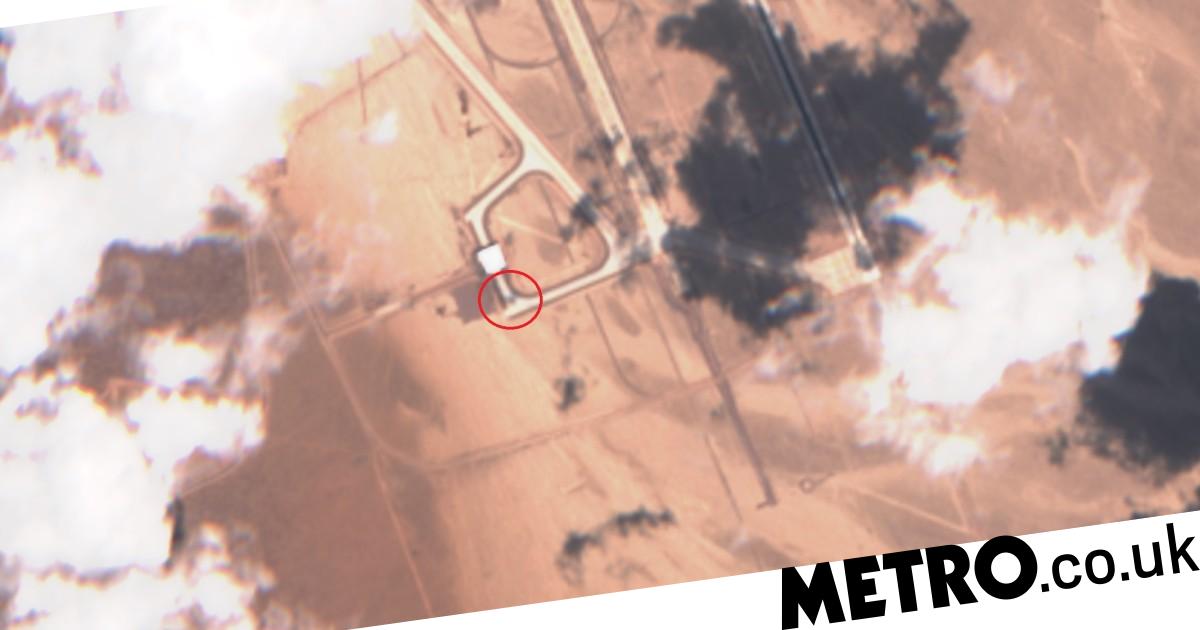 The myth of Area 51 is alive and well and there’s seemingly been a new development at the secretive US site.

A satellite image appears to show something large sitting outside one of the hangers at the remote American base.

The facility, in the midst of the Nevada desert, has become synonymous with government secrets and the discovery of alien technology.

And this latest image has been doing the rounds on social media sites and message boards with conspiracy theorists debating what it could show.

There have been confirmed sightings of aircraft on the runways at Area 51 before, so activity at the base isn’t unusual. But many are puzzling over what this blurry splodge could represent.

Twitter user Ruben Hofs picked up on it, wondering whether it was a nefarious ‘blackproject’ or just a shadow or spot of moisture on the runway.

Diving into some further analysis, Hofs decided it couldn’t possibly be just a shadow.

The object was spotted near to the large and remote ‘2014 hanger’ at the southern end of the base. The image in question was taken on August 1 but is only coming to light now.

Reporting on the image, the US military-themed site The Warzone commented: ‘The blob’s color tone and even what appears to be its shadowed outline also lead one to believe it is indeed an aircraft, not a shadow, but that is far from definitive.

‘While the testers and the support staff at Area 51/Air Force Flight Test Center Detachment 3 are known to be very careful when it comes to allowing their test articles to be seen from passing satellites, it was a cloudy day.’

‘In addition, this is only a low-resolution satellite that really couldn’t ever provide specific details of any sight-sensitive airframes. Still, with the other aircraft sitting out for days earlier in the year, it seems clear that it is possible for mistakes to be made.’

The pictures were made available through the Sentinel Hub satellite imaging platform.

So what is it, a plane or something else? Let us know what you think.

Area 51 is a US Air Force facility which has been the inspiration for many conspiracy theories, particularly regarding alien life.

Some believe the base is home to a crashed UFO spacecraft and others believe the government uses it to study time travel.

The US government has never confirmed its real purpose and it was only recognised as a military base in 2013 following a Freedom of Information request.

Area 51 is in the Nevada desert, approximately 80 miles north-west of Las Vegas.

It’s classified as a Military Operating Area so most commuters travel there by plane and commercial and military flights cannot use the airspace above it.


MORE : China says it might have detected signals from an alien civilisation


MORE : Mark Zuckerberg tells Joe Rogan about being compared to a robot