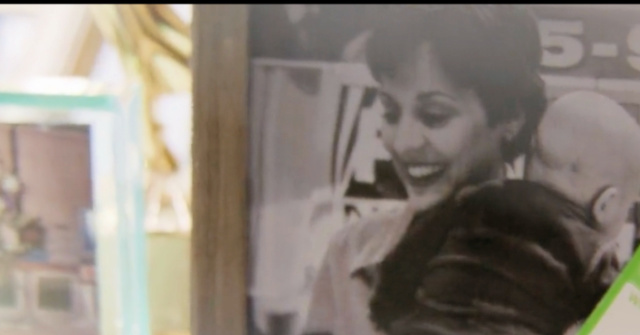 Arizona’s Republican gubernatorial nominee, Kari Lake, has released a compelling video chronicling her journey from modest beginnings as a little girl in Iowa to being a fixture in Arizona news media to her gubernatorial launch.

I’ve shared a lot of stories with you over the last few decades, but I’ve never shared mine.

Join me on my journey:https://t.co/XJKyq7uzXn

One common theme throughout all periods of Lake’s life has been her faith in God. At the start of the video, seen above, the former Fox 10 Phoenix anchor recounted her childhood. The youngest of nine siblings, Lake was raised in the Hawkeye State, where the “midwestern work ethic” was instilled in her.

“We were poor; my family was very poor,” Lake recalled. “We didn’t have food in the house.”

“I lived off of a gravel road, we didn’t even have a house number,” she laughed. “A couple of times a winter, we would wake up at like 6:00 a.m., and we would go out and have to split wood and cut wood in order to heat our home.”

It was during her childhood when Lake formed her close relationship with God. One day, in particular, yielded intense meaning that has stuck with her to this day:

Once Lake turned 18, she registered as a Republican because of President Ronald Reagan, who she called her “hero.” Lake attended the University of Iowa and worked “as a janitor in a drug treatment center” to help subsidize her education.

“I learned how to use the big floor waxer. I mean, I can run a janitorial crew very well,” she quipped. After finishing college, she embarked on a career in journalism, which soon took her to Arizona, a state that she quickly “fell in love with.”

“This is back when people did tune in. They tuned into the news at 5:00,” she recalled. “It was based on trust and friendship. I felt so blessed having a 27-year career covering this beautiful state and the great people of Arizona, and I treasured my career and that job.”

It meant the world to me for all of those years, but like so many Arizonans, and frankly, so many Americans, I woke up to a lot of reality during COVID. I realized that there was an agenda being pushed by the media, and I didn’t want to be part of the agenda. I know this job has gone from being the job I love to feeling like it was unethical and biased to being completely immoral. The hangup for me was walking away from a big salary.

In this time of uncertainty, Lake turned to God:

I remember sitting in my desk in my office, and I just was praying to god about it. And I took the Bible, and I just opened it up. First Timothy, chapter six, verse seven: ‘You bring nothing into this world, and you take nothing out of this world.’ And I remember getting the message loud and clear. ‘Okay, message received, God. I got it. You want me to go,’ and right then and there, I decided I’m leaving my career.

Lake said she was inundated with messages from Arizonans, with many telling her, “You’ve given me the courage, you’ve given me the strength to show that kind of courage.” Some even suggested she run for office, which helped propel her into becoming Arizona’s Republican nominee for governor.

This is your last chance to save up to $500 on a Saatva mattress, plus shop Cyber…

Dogs may hold key to treating cancer in humans – 60…