Arlington Cemetery Mulls Whether to Preserve or Dismantle Confederate Monument 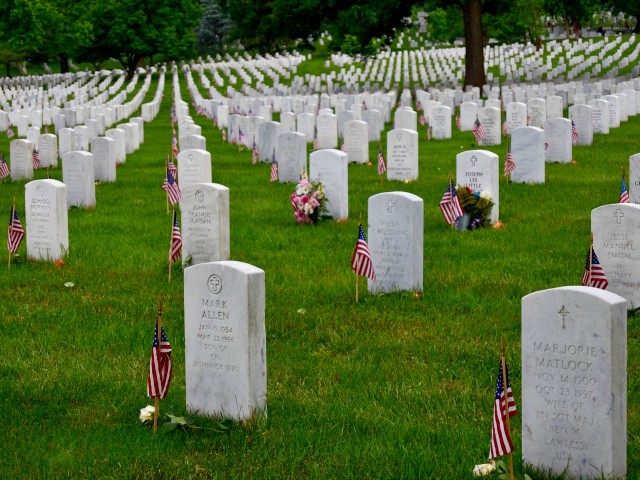 A debate is emerging over whether to preserve or dismantle the Confederate monument that will soon be removed from Arlington National Cemetery grounds.

In September, an independent commission recommended to congress that the Confederate memorial be taken down, which was followed by a Department of Defense directive in October to remove all remaining attachments to the Confederacy.

The Department of the Army, which manages Arlington cemetery, has been tasked to find the “most cost-effective method” for removing the monument and what to do with it once it is removed. The cemetery has since formed an advisory committee on the question.

Per the National Historic Preservation Act, the committee is required to seek the public’s input and has already received over 300 written suggestions, including at least a dozen people requesting to address the committee in person.

However, committee members have yet to reach a consensus as they continue to weigh contrasting suggestions, according to the Washington Post.

Moses Ezekiel’s Confederate Memorial will be removed from Arlington Cemetery. But what comes next is a matter of debate. https://t.co/WFG8xN3Due

Options include storing the memorial in different pieces, destroying it entirely, or preserving it as a historical artifact, such as placing it in a museum or exhibition.

One committee member has also suggested returning the memorial to the United Daughters of the Confederacy, who originally commissioned the statue. Renea C. Yates, director of the Office of Army Cemeteries, has noted the suggestion is an option that “could be pursued.”

However, descendants of the statue’s sculptor, Moses Ezekiel, are vehemently opposed to that idea and demand the monument never be used as a historical artifact, referring to it as a “racist relic of the past.”

For Craig Syphax, the president of the Black Heritage Museum in Arlington, preserving the memorial is more favorable as opposed to destroying it. He would also like to see it used for educational purposes.

“I wouldn’t be opposed to it being destroyed, but I would rather see it just being held onto [so] the next generation could have something that could tell a story, a positive story somehow,” Syphax told the Post.

Calls to dismantle the Confederate monument in Arlington cemetery have recently heated up since the violent Unite the Right rally in Charlottesville, Virginia, in 2017 and the death of George Floyd in 2020, which resulted in deadly rioting across the nation.

A vote on the issue of how to remove the monument has yet to be scheduled.

As Arlington cemetery weights its decision, the military has already begun scrubbing away monuments linked to the Confederacy.

This past week at the U.S. Military Academy in West Point, the school started removing, renaming, or modifying assets that commemorate or memorialize the Confederacy, including a statue of a Robert E. Lee portrait.

Earlier in December, Richmond, Virginia, which was the capital of the Confederacy, removed its final city-owned confederate monument of Gen. A.P. Hill.