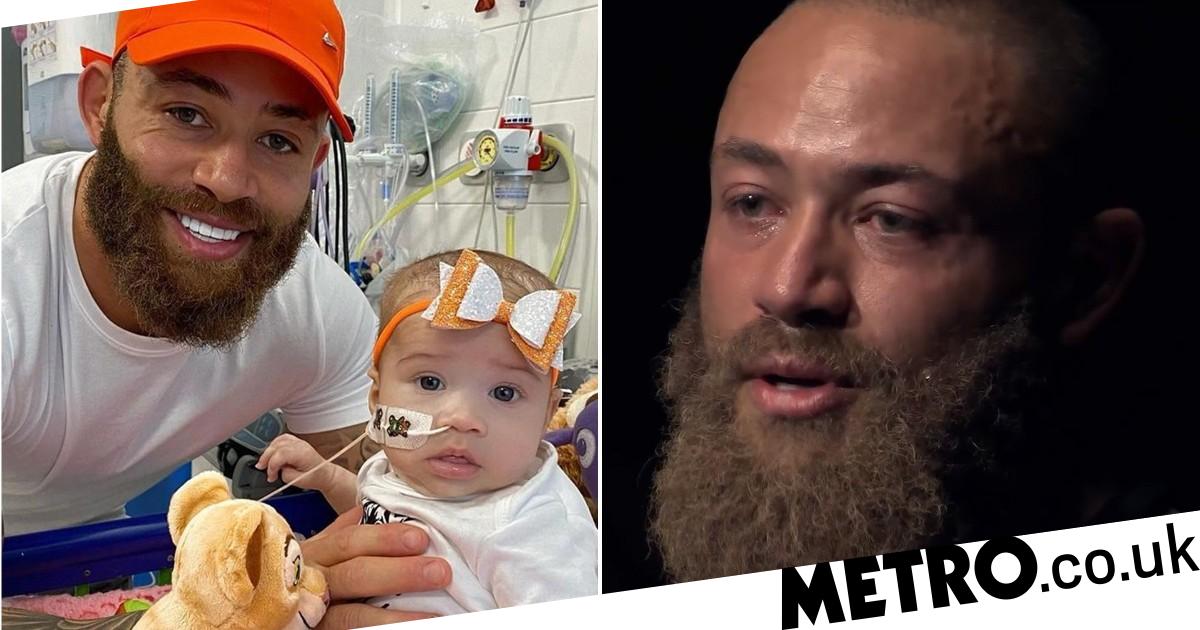 Ashley Cain believes his daughter Azaylia had a ‘peaceful transition’ when she died last year.

The football star and his then-partner Safiyya Vorajee welcomed their daughter in 2020, but Azaylia was diagnosed with a rare form of leukaemia just weeks later.

Ashley and Safiyya have continued to raise funds for leukaemia treatment in honour of Azalyia, continuing to speak openly about their experiences to offer support to other families.

Appearing on Celebrity SAS: Who Dares Wins, a tearful 31-year-old Ashley recalled the moment his daughter died, saying it was something he will ‘never forget.’

‘I couldn’t have been a happier, prouder father. Then, all of a sudden, things changed. When they told us there was nothing more they could do, it completely broke me,’ he said.

‘All I wanted to know at that point was if she goes, she’ll go in my arms and she’ll go peacefully.

‘And at eight-months-old, she passed away in mine and my partner’s arms, and I believe she had a peaceful transition to the other side.’

Ashley went on to praise his daughter, recalling how ‘incredible’ she was, even while she was ill.

‘She was incredible. She showed strength, she showed courage, she showed everything it takes for a person to get on in this world,’ he shared.

‘She passed away in my arms and that was a moment I’ll never forget. One thing I will remember is, every single day while my daughter was fighting this disease, she smiled every day. She fought every day, and she made the most of every single day and that’s a lesson I’ll take through my life.’

The star added that Azaylia continues to spur him on: ‘She didn’t have the chance at life that I have, and I definitely don’t wanna waste mine.

‘I wanna make her proud, I wanna show people that, no matter what you go through in life, you can overcome anything.’

Following Azaylia’s death, Ashley and Safiyya started a foundation in her memory to support other children and their families going through cancer treatment.

Although they are no longer together romantically, the pair believe their relationship is ‘stronger’ as a friendship.