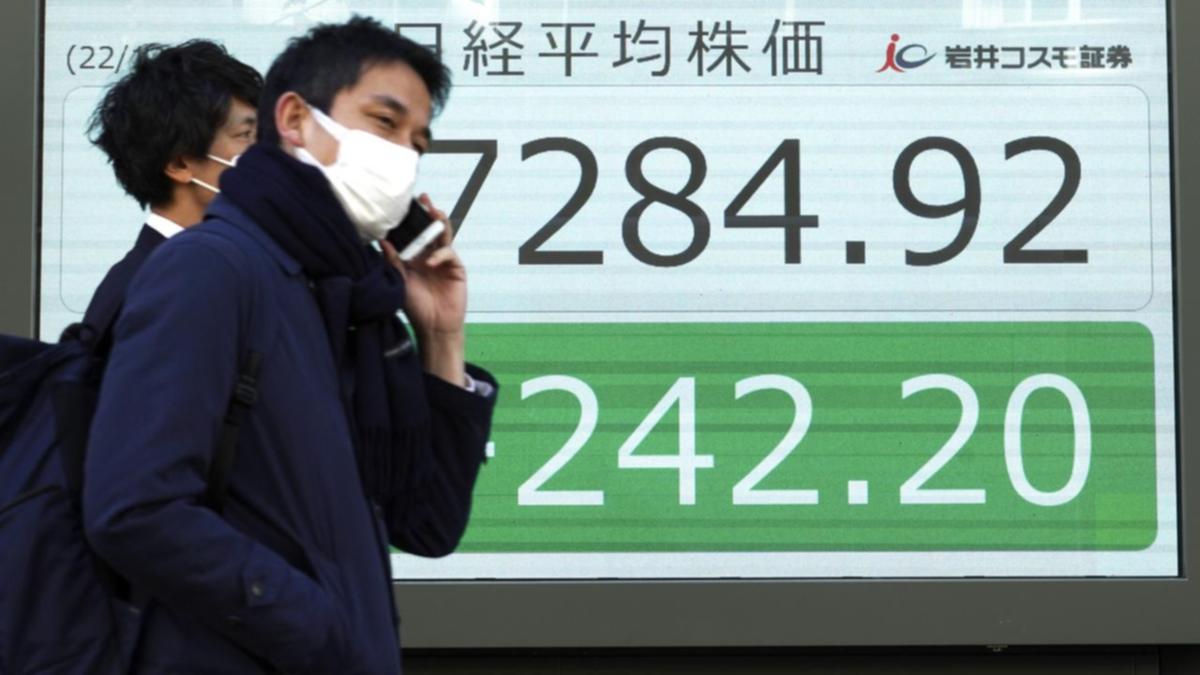 Asian equities have risen as investors look to end the year on an optimistic note after US data showed the Federal Reserve’s aggressive monetary policy is dampening inflationary pressures even as worries over COVID cases in China persist.

On Friday, MSCI’s broadest index of Asia-Pacific shares outside Japan rose 0.71 per cent and was set to end December flat. The index is set to end the year down 19 per cent – it’s worst performance since 2008.

Investors have been worried that central banks efforts to tame inflation could lead to an economic slowdown, while the uncertainty over how swiftly China’s economy will recover in the wake of removal of COVID controls have kept markets subdued.

“Averting a downturn is a tall order”, Vishnu Varathan, head of economics and strategy at Mizuho Bank, noting that the odds are stacked against economies emerging unscathed from global policy tightening.

Going into 2023, inflation has still to be beaten, and investors will also be wary of geo-political tensions arising from Russia’s war in Ukraine and diplomatic strains over Taiwan, analysts said.

China’s health system has been under stress due to soaring cases since the country started dismantling its “zero-COVID” policy at the start of the month, with several countries imposing or considering imposing curbs on travellers from China.

The world’s second-largest economy is expected to suffer a slowdown in factory output and consumption in the near term as workers and shoppers fall ill.

In the currency market, the US dollar was on track for its best annual performance in seven years.

The dollar index, which measures the greenback against six major currencies, was 0.048 per cent lower on Friday, but entering the 2022’s final few hours of trading, it had gained nearly 9 per cent over the year.

Sterling was set for its worst performance against the dollar since 2016, when the UK voted to leave the European Union.