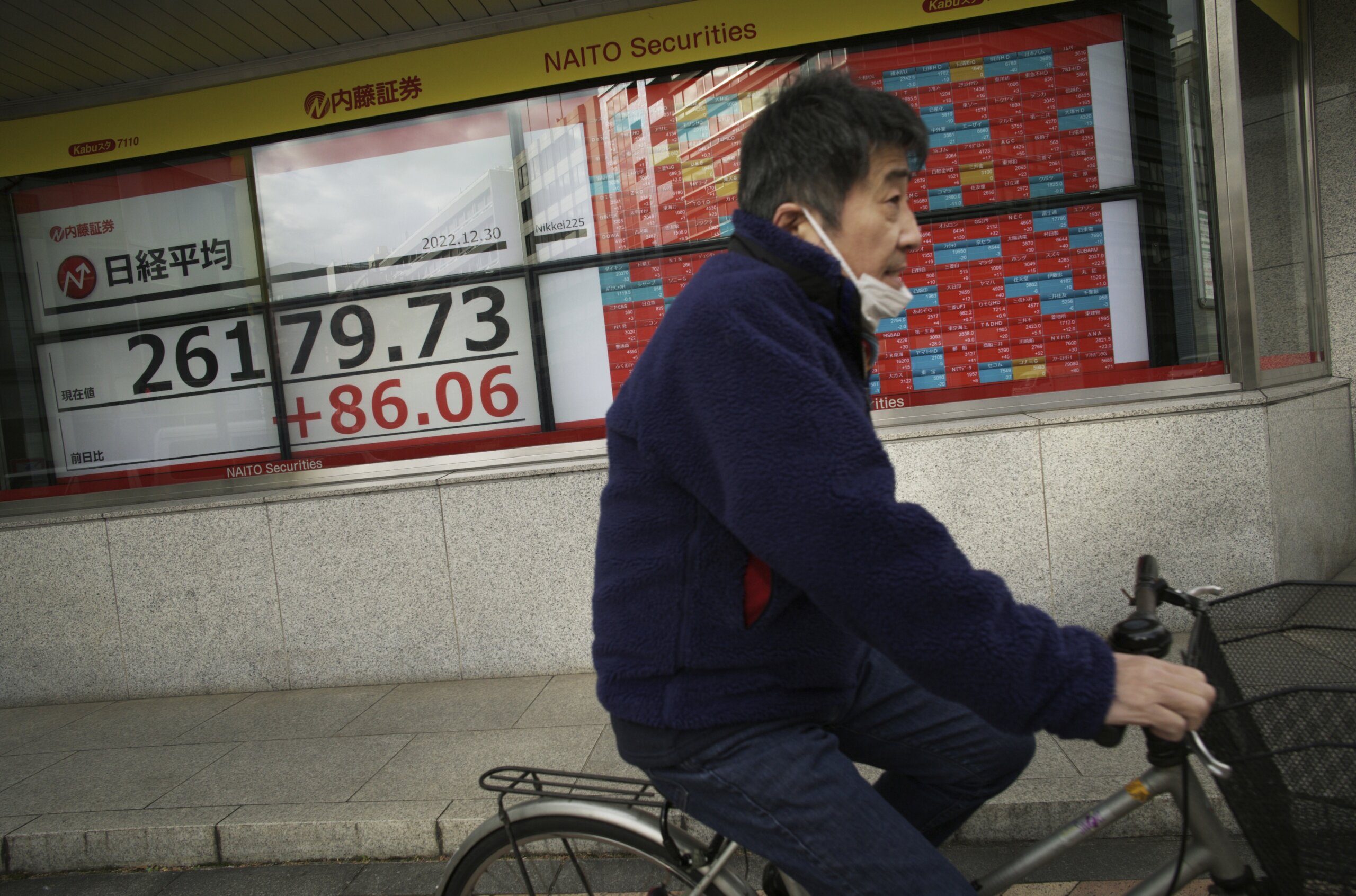 “Considering the market news was sparse, the shift higher has the hallmarks of a dead cat bounce,” said Stephen Innes of SPI Asset Management in a report.

The Shanghai Composite Index gained 0.6% to 3,092.50. The Chinese benchmark is on track to end 2022 down more than 14% after the world’s second-largest economy was depressed by anti-virus controls and a crackdown on corporate debt.

South Korean markets were closed for a holiday. The country’s benchmark Kospi index is headed for a loss of more than 25% for the year.

Each major U.S. index is headed for a loss in December. Companies in the S&P 500 took in record profits in 2022 but the index will end the year down about 20%, which would be the benchmark’s biggest annual decline since 2008.

Investors are uneasy about a string of interest rate hikes by the Federal Reserve and central banks in Europe and Asia to tame inflation that is at multi-decade highs. They worry central banks are willing to cause a recession if necessary.

In energy markets, benchmark U.S. crude rose 29 cents to $78.69 per barrel in electronic trading on the New York Mercantile Exchange. The contract fell 56 cents on Thursday to $78.40. Brent crude, used as the price basis for international oil trading, advanced 29 cents to $83.75 per barrel in London. It lost $1 the previous session to $82.26 a barrel.

Inner battles can often be the hardest – Bear Grylls