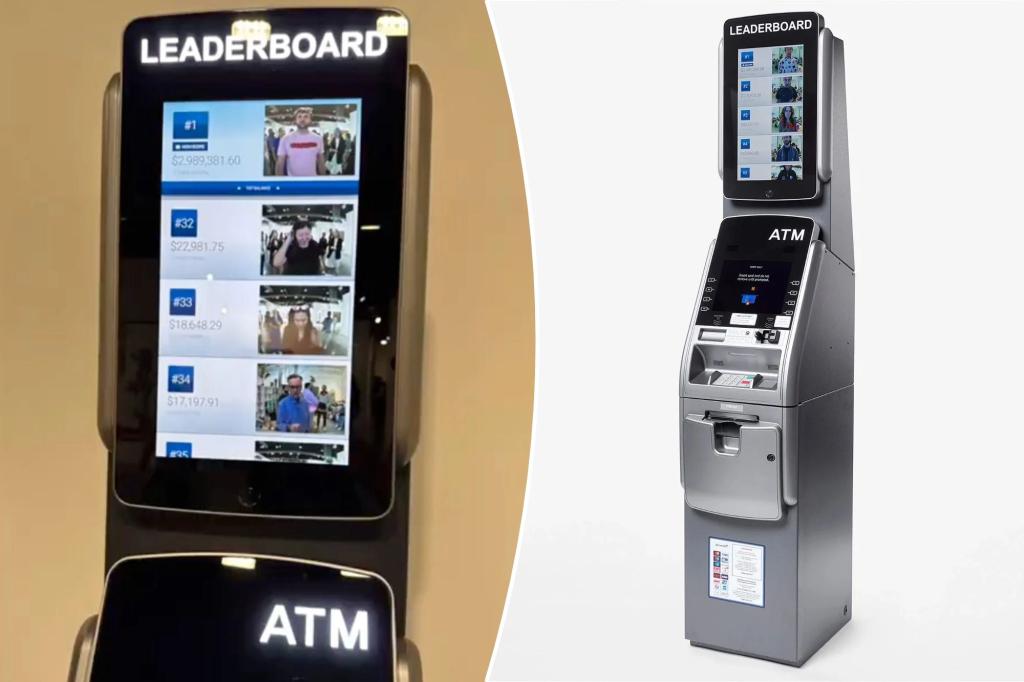 It pays to be at the top!

An unorthodox ATM is snapping photos of guests at Art Basel Miami Beach and ranking their bank account balance on its “leaderboard” for all in attendance to see.

The ATM, which was created by the Brooklyn art collective MSCHF, has turned a private ordeal into a public spectacle for the most daring guests.

Currently, one unknown bearded man in a pink T-shirt has sat on top of the leaderboard since Tuesday with a bank account balance of $2.9 million.

Greenberg explained that the concept for the ATM was designed for Art Basel Miami Beach because it is “a dense concentration of people renting Lamborghinis and wearing Rolexes.”

“Because of the camera, the ATM keeps a continuous record of each person who uses it and also each location that it is installed, so we hope that it will have an opportunity to move through more spaces,” Greenberg told CNN.

It is currently unknown where the ATM may pop up next, but Greenberg said it would be available to whoever would like to buy or borrow that daring cash machine.

The ATM is a joint effort between MSCHF and Perrotin Gallery, which represents Maurizio Cattelan, the artist who went viral in 2019 at Art Basel Miami Beach for taping a banana to a wall.

MSCHF was founded in 2016 and is famously known for collaborating with Lil Nas X to sell the controversial ‘Satan shoe,’ which was said to be made with a single drop of human blood.

Not everyone seems to be ready to insert their card and have the world know where they rank amongst the crowd at Art Basel.

“Am I too broke or is it crazy that people are using that ATM at Art Basel? I don’t want anyone that’s not me looking at my accounts,” one Twitter user tweeted.

“Trust you and me. There will be a story in a few month that says.. ‘Art Basel ATM used as scam to get bank information,’” another tweeted.

Art Basel Miami Beach has been around since 2002 and hosts a week full of art, luxurious parties and music festivals, while works of art sell for millions of dollars.