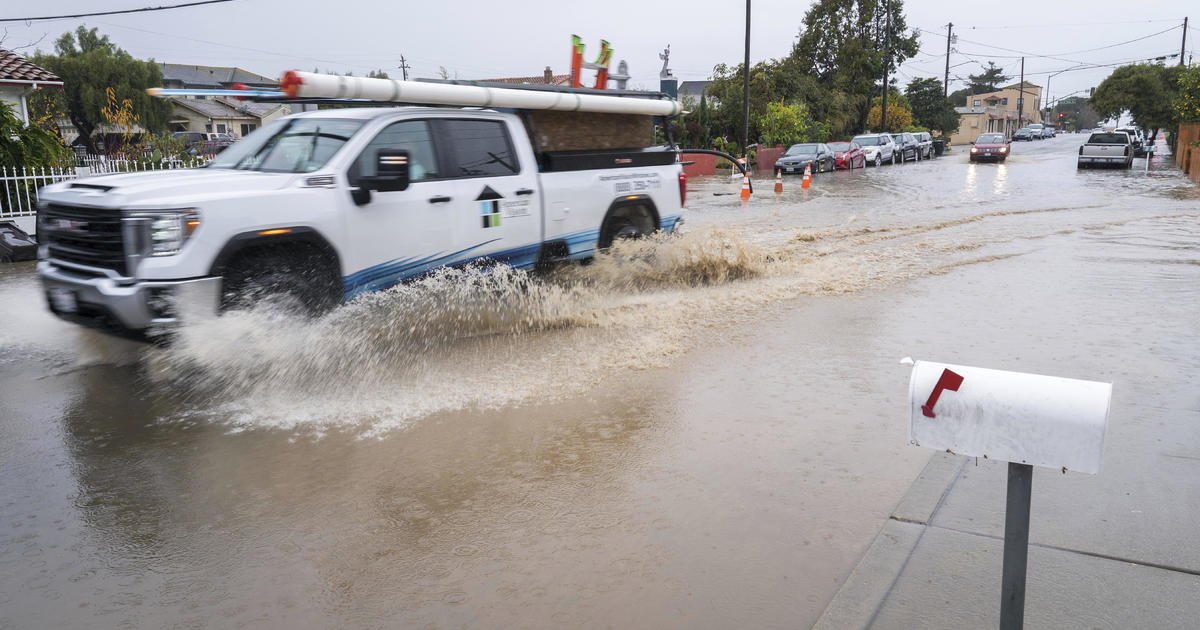 A powerful winter storm brought on by an atmospheric river hit parts of the West Coast on Tuesday, including portions of Northern California, Oregon and Washington state, causing blustery winds, dumping several inches of rain and bringing flooding to some areas.

As of Tuesday evening, more than 190,000 homes and businesses in the Pacific Northwest were without power, according to PowerOutage.us.

The storm was caused by an atmospheric river – a weather system made up of a long narrow channel that carries water vapor.

“Jellyfish washed over the shoreline and into our streets,” said Olympia Water Resources Director Eric Christensen. “There was a woman who was kind enough to rescue them and put them back into Budd Inlet.”

Other areas around Puget Sound — including parts of Seattle and the northwest corner of the state — also saw flooding, which trapped cars and impacted buildings.

Coastal flooding and high wind advisories were in effect for much of western Washington state.

CBS affiliate KOIN-TV reported that several freeways in the Portland area were closed Tuesday night due to flooding, downed trees and high winds.

The weather conditions forced the full or partial closure of several Oregon state parks at a time when whale watchers and holiday tourists typically flock to the coast.

Thirty-foot waves were expected to break along the entire Oregon coast, the National Weather Service said, with wave heights possibly topping 40 feet on the north coast.

The National Weather Service predicted that a second storm front is expected to hit the West Coast from Central California up to the Pacific Northwest on Thursday and bring another round of heavy rain and snow.

The Weather Channel meteorologist Chris Warren said that the Pacific Northwest could see mudslides and landslides in the coming days, along with several feet of snow.

“In many areas, snow will be measured in feet, five to six feet,” Warren said.

Dr David Coleman: So you want to be a better parent in 2023? Here are six habits that will help…