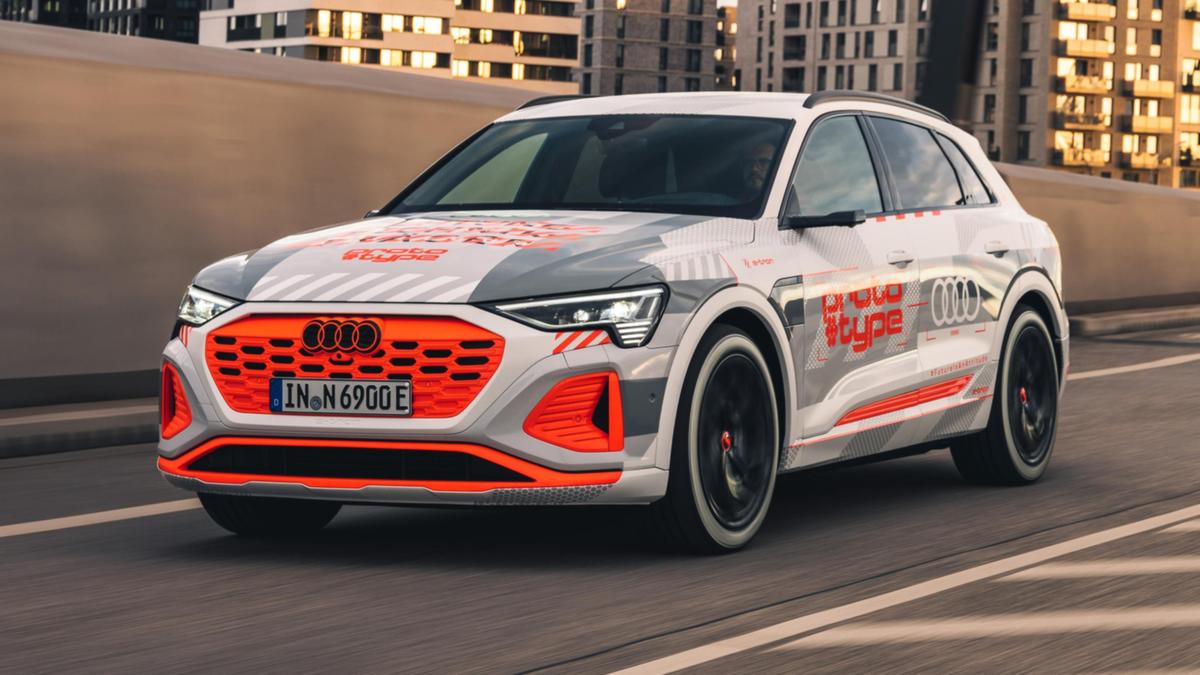 Audi has previewed the mid-life update for its the all-electric e-tron SUV at the E-Cannonball rally event in Hamburg, Germany.

The German carmaker isn’t hiding the fact this e-tron is a prototype, with “specially designed camouflage” and large, stylised stickers reading ‘prototype’.

A number of updated e-tron prototypes with heavier camouflage have been spied over the last 12 months in both wagon and Sportback ‘coupe SUV’ forms.

At the front of this most recent e-tron prototype, there’s a restyled grille area with a mesh-like design, as well as a new front bumper with reworked air curtains.

The subtle design tweaks continue down back with a new rear bumper and diffuser.

Although the headlights and tail lights appear to be the same as on the current e-tron, Audi says the prototype has “new lighting innovations”.

It’s unclear what these so-called innovations are at this stage, but one option could be digital OLED tail lights like its internal-combustion Q5 sibling.

Autocar reported in November 2021 the bigger changes will be under the skin, with the e-tron reportedly getting a larger battery, an updated electronics system, and redesigned motors.

These updates could boost range to up to 600km per WLTP testing, far beyond the 336km-436km claims of the current e-tron range.

These changes would address a key criticism of the current e-tron, and help keep it relevant until its replacement – potentially the Q8 e-tron – arrives around mid-decade.

There have also been rumours out of Europe indicating this updated e-tron could be renamed to the Q8 e-tron before its successor debuts to make its position in the Audi all-electric range clearer, though Audi has still been referring to this prototype as just the e-tron.

The German carmaker already has the e-tron GT sedan which is based on the same J1 architecture as the Porsche Taycan. Its local launch was recently delayed by a month to October 2022.

Audi also has the MEB-based Q4 e-tron which is yet to be locked in for Australia, though the local arm says it’s working on it.

The Q5 e-tron also uses the MEB platform, however it’s a model exclusive to the Chinese market.

These models will soon be joined by the Q6 e-tron, which will share the Premium Platform Electric platform co-developed by Audi and Porsche with the upcoming Porsche Macan EV.

Catherine Zeta Jones, 53, and Michael Douglas, 78, celebrate their joint birthday in a helicopter

Car Winter Safety Tips 2022: Here are 6 top tips to get your car ready for winter…