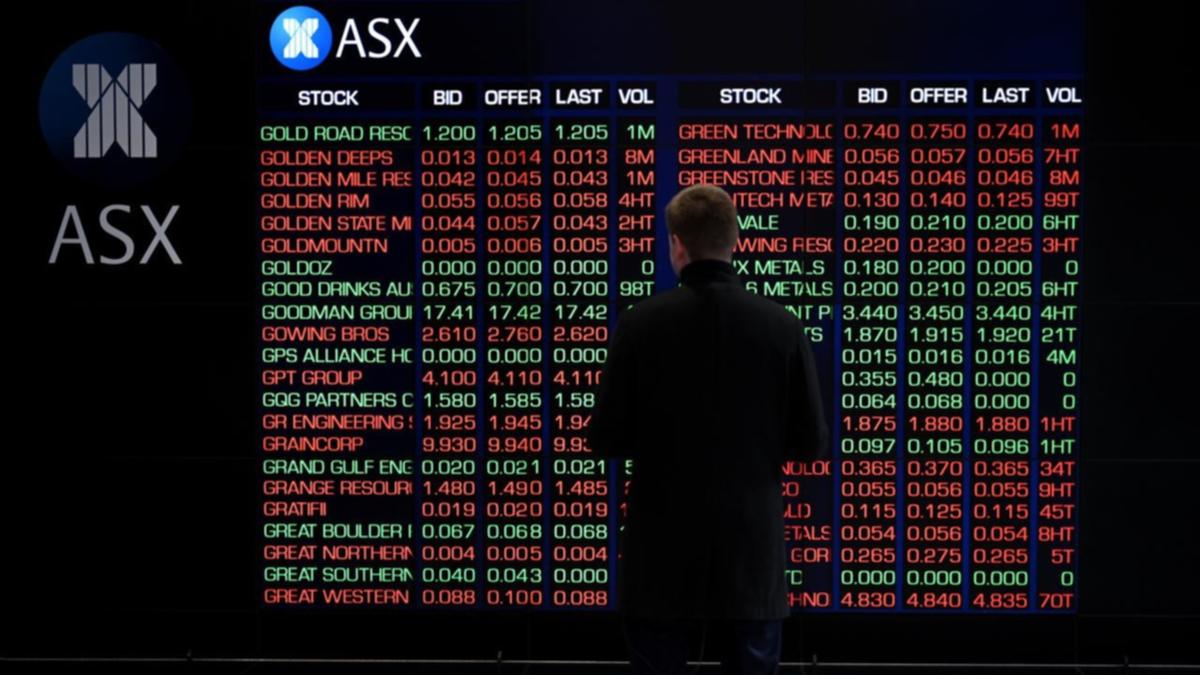 Australian shares have started on a backfoot in the holiday-shortened final week of 2022 as lingering concerns over global economic growth weighed on sentiment.

Local traders took their cues from subdued Wall Street trading overnight, where two of the three major indices ended in the red as investors try to assess the path of interest rate hikes from the United States Federal Reserve and eye China’s scaling back of restrictions.

The fortunes of the world’s two biggest economies will have a key impact on Australia’s exports-reliant economy in 2023.

Earlier, US economic data showed the advance goods trade deficit narrowed for November, while China announced the scrapping of its COVID-19 quarantine rule for inbound travellers, although investors remain cautious about reports of increasing infection rates.

In the local market, heavyweight financial, healthcare and consumer stocks proved to be a drag, with only energy and material shares bucking the trend.

Mining giants BHP, Rio Tinto and Fortescue Metals were all trading between 0.6 per cent and 1.5 per cent higher.

They were ably supported by gold miners after prices for the precious metal hit $US1832.99 ($A2722.54) an ounce overnight, their highest level in six months.

Energy shares rallied too as crude prices lifted to a three-week high on hopes of a demand recovery in China.

Local heavyweights Woodside and Santos were both trading almost 2.0 per cent higher while Beach Energy was up 1.0 per cent.

It was a different story for the rest of the market, with the four major banks leading the financial sector lower.

Healthcare stocks were among the worst performers with ResMed, hospital chain Healius and CSL shedding 1.0 to 2.0 per cent each.

Record Christmas week spending did little to reassure investors’ concerns about retailers, with JB Hi-Fi, Harvey Norman and Wesfarmers all trading in the red.

In stock-specific news, shares in Genex Power slid almost 16 per cent to 13.5 cents after a consortium led by Atlassian co-founder Scott Farquhar withdrew its buyout bid for the renewable energy company.

Meanwhile, the Australian dollar was stronger from last week, trading at 67.27 US cents at 1200 AEDT compared to 66.80 US cents at Friday’s ASX close.